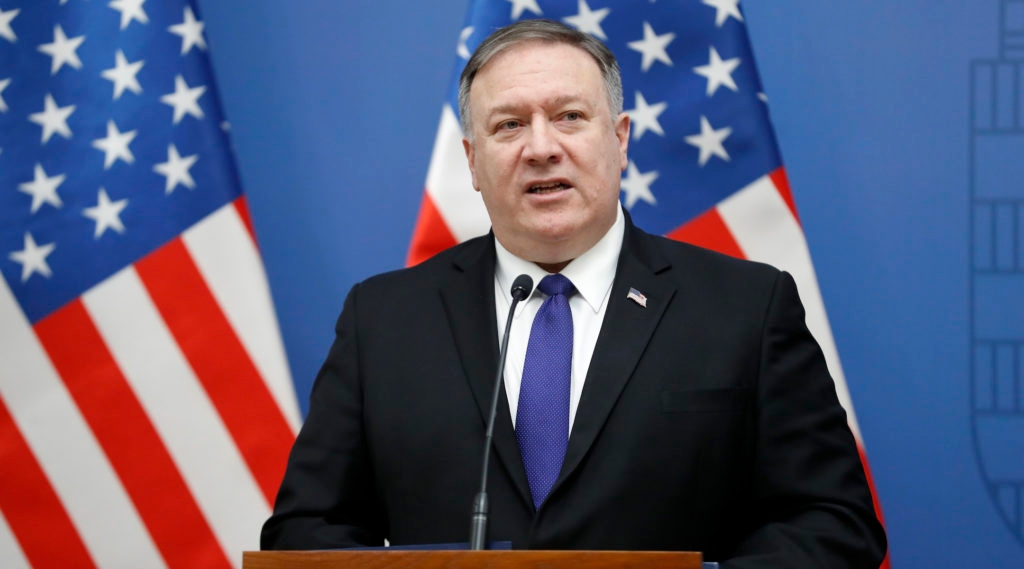 (JTA) — Secretary of State Mike Pompeo told Jewish leaders that he would “push back” against Labour Party leader Jeremy Corbyn if he takes any actions against Britain’s Jews, even before he can be elected prime minister.

Pompeo was responding to a question asked by a Jewish leader during a closed door meeting in New York. The Washington Post reported on Saturday that an audio recording of the meeting was leaked to the newspaper.

The Post reported last week on what appears to be the same meeting held late last month with the Conference of Presidents of Major American Jewish Organizations. The previous report dealt with Pompeo’s remarks on the Trump administration’s yet-unveiled Mideast peace plan.

Late last week, the Conference said in a message to its leadership seen by the Jewish Telegraphic Agency that attendees of future off-the-record briefings will be required to deposit phones, iPads, recording devices, and bags in a secure area outside of the conference room, and that video participation will not be available for such meetings. The message added that the organization is continuing to search for the source of the leak of the Pompeo meeting.

The Post reported on Saturday that during the meeting, Pompeo was asked if Corbyn “is elected, would you be willing to work with us to take on actions if life becomes very difficult for Jews in the U.K.?”

Pompeo responded, according to the newspaper: “It could be that Mr. Corbyn manages to run the gantlet and get elected. It’s possible. You should know, we won’t wait for him to do those things to begin to push back. We will do our level best.”

“It’s too risky and too important and too hard once it’s already happened,” he also said.

“President Trump and his officials’ attempts to decide who will be Britain’s next prime minister are an entirely unacceptable interference in the UK’s democracy,” an unnamed Labour Party spokesman told the Post.

The spokesman said that the Labour Party is “fully committed to the support, defense and celebration of the Jewish community and is implacably opposed to anti-Semitism in any form.”

Corbyn and Labour Party members have been accused of tolerating anti-Semitism in the party’s ranks, even encouraging it with anti-Israel and what some have deemed anti-Semitic rhetoric.