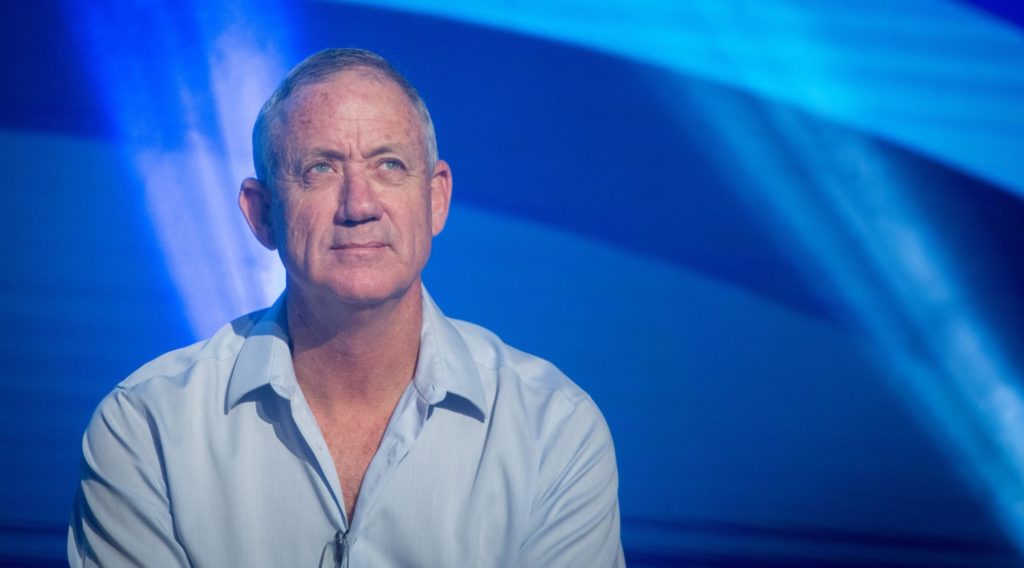 (JTA) — Israeli Prime Minister Benjamin Netanyahu and his chief rival, Benny Gantz, will speak at the at the annual AIPAC policy conference in Washington ahead of national elections next month in Israel.

Gantz, whose new center-left Blue and White party is leading Netanyahu’s Likud in the polls, will address the pro-Israel lobby’s main session plenary on March 25.

Gantz, a former chief of staff of the Israeli military who heads Blue and White, will “use his speech to emphasize that after the election he will work to rebuild the relationship with American Jewry and ensure that Israel will once again enjoy the support of its friends across the spectrum in the United States,” a party statement read.

AIPAC announced in late February that Netanyahu would appear at the conference in person this year. He has often spoken via satellite during his tenure in office. Netanyahu is scheduled to speak the day after Gantz.

Why it matters: Israeli politicians who are feted at AIPAC hope to signal to voters back home that they are suited to preserving the critical alliance with the United States and its Jewish community. Netanyahu has made his close relationship with the Trump administration a centerpiece of his re-election campaign, although his relations with a largely liberal and centrist community of American Jews have been strained.

AIPAC last month slammed a political maneuver by Netanyahu that they and others said would bring legitimacy to the far-right Jewish Power party, or Otzma Yehudit. Non-Orthodox Jews remain disappointed that his government hasn’t made good on a deal to allow them to pray according to their customs at the Western Wall.

The conference comes two weeks before the April 9 elections, in which Netanyahu is facing a serious challenge from Gantz, Yair Lapid and Moshe Yaalon, whose parties make up Blue and White.

Meanwhile, Oded Revivi of the West Bank settlers Yesha Council also will appear on a panel discussing the legacy of the 1967 war — the first time a senior settlement leader has been invited to the conference.

Revivi told The Times of Israel that he has addressed AIPAC delegations that visit Israel over the last two years as his organization has worked to build a relationship with AIPAC.

AIPAC spokesman Marshall Wittmann told The Times of Israel that Revivi’s appearance does not indicate a shift in the organization’s position in support of a two-state solution to the Israeli-Palestinian conflict.