(JTA) — Patagonia, Argentina’s famously beautiful southern region, has been a haven for Israeli backpackers, vacationers from Buenos Aires and, in the 20th century, Nazi war criminals.

What the scenic territory hasn’t had for nearly 40 years is a new synagogue.

That has changed in the last year, as a group of Jews living in San Martín de los Andes have inaugurated the first-ever synagogue in their city. The synagogue is just the second Jewish institution in the 400,000-square-mile Patagonia region, and the first new synagogue in all of Argentina in years that is not affiliated with the growing Chabad-Lubavitch Orthodox movement.

Instead, the Hebrew Community of San Martín de los Andes is affiliated with the Conservative movement of Judaism, which is shrinking overall. Its founders have gotten support from Argentina’s Latin American Rabbinical Seminary, based in Buenos Aires, as well as from multiple synagogues in the Buenos Aires area.

The first event in the synagogue was a Passover seder in April, and over the last month, the community held services for the High Holidays for the first time ever in a permanent home.

The small venue, just 1,200 square feet, is located in the center of the city, just a few minutes’ walk from both the bus terminal and Lacar Lake. On Rosh Hashanah, 85 people gathered for a festive dinner, more than twice as many as had taken part in previous years. They included tourists from across Argentina and abroad, as well as people from the local community of about 150 Jews.

“It was very moving, the first Yom Kippur in our own synagogue in our city and we saw the children at the Neilah service with candles,” Eduardo Labaton, president of the city’s fledgling Jewish community, told the Jewish Telegraphic Agency. “It was a very important start of our synagogue services here.”

The synagogue was initially the vision of Labaton, who moved from Buenos Aires 20 years ago.

“We met in houses,” he recalled about past Jewish activities in San Martín de los Andes. “But we couldn’t invite a lot of people to houses.”

Three years ago Labaton, who works in real estate and retail, bought land near the lake and included a space to build a place for the community. But then Claudio Ploit, then the community’s vice president, proposed going even bigger and securing a Torah for the community. Suddenly, the group was talking about building a full-fledged synagogue.

Ploit, a well connected senior leader in the Buenos Aires community who has a tourist business in Patagonia and divides his time between the capital city and San Martín de los Andes, was instrumental in securing resources for the Patagonian project. In addition to the funding from the Seminario, he also secured a Torah from the Weitzman Jewish community and visiting rabbis from the Lamroth Hakol community, both in Buenos Aires. 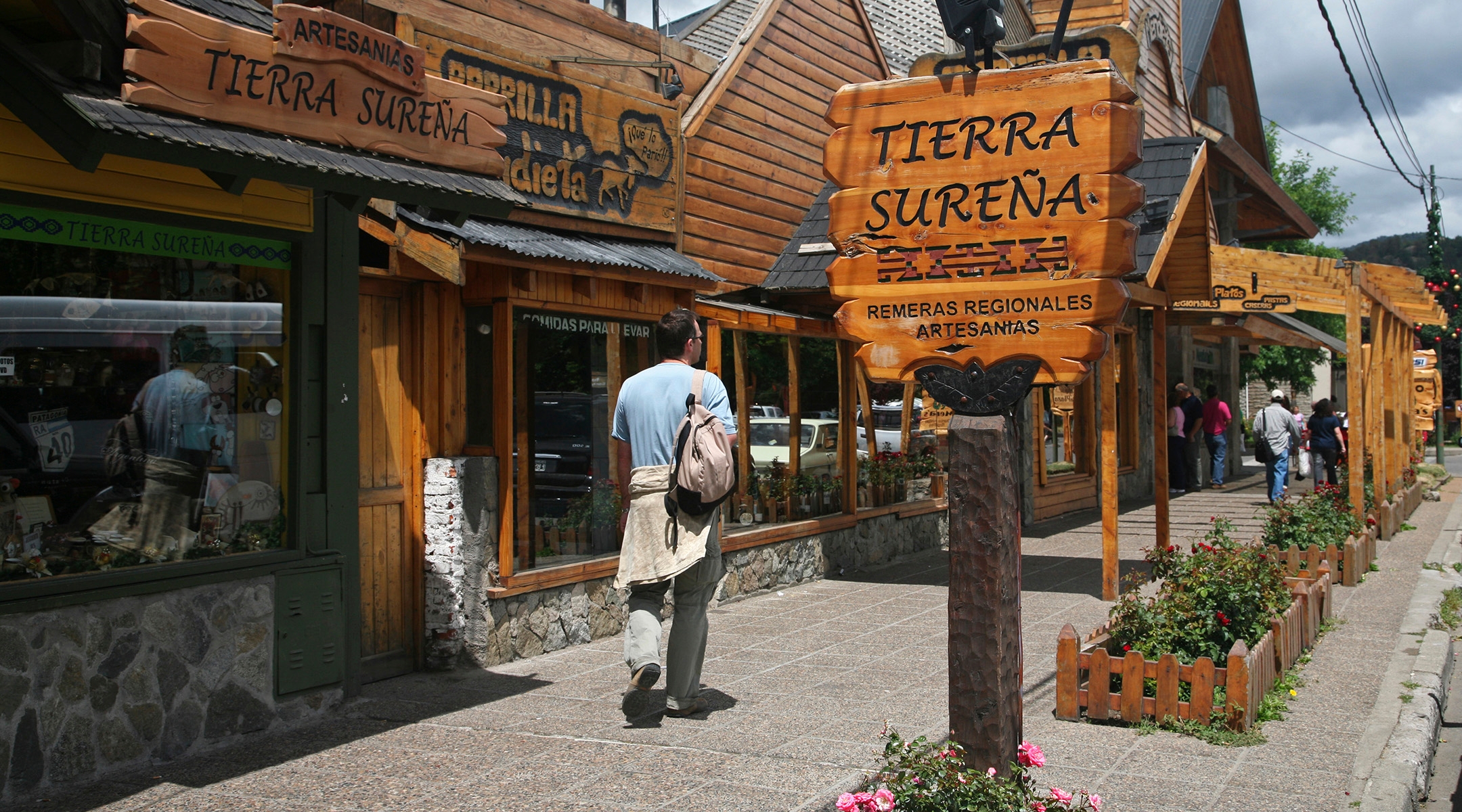 “I read texts about the deep importance of inaugurating a synagogue but experiencing that firsthand is a very moving experience,” Rabbi Deborah Rosenberg, the director of education at Lamroth Hakol from Buenos Aires who is working with the San Martín de los Andes community, told JTA. “The first Shabbat in a new temple was very emotional for me.”

Before the San Martín de los Andes dedication, the only Jewish institution operating in all of Patagonia was a Chabad house in Bariloche, another vacation spot three hours’ drive south, that routinely hosts hundreds of Israeli backpackers at Passover. (The Nazi war criminal Erich Priebke directed the German school of Bariloche for many years before being arrested in 1994 and becoming a symbol of how easily Argentina accommodated former Nazis.)

Argentina has the world’s sixth-largest Jewish population, estimated at 180,000 according to a 2019 report. But most of those Jews live in the Buenos Aires area, and there are no reliable estimates of the number of Jews living in Patagonia.

What’s clear is that there are more than Labaton and Ploit knew about — and that more are always passing through. Patagonia has always been a desirable region for travel, especially for nature-lovers and athletes eager to enjoy summer skiing. The recent collapse of the Argentinian peso is a crisis in many ways, but it has benefited Patagonia: Argentina has become more affordable for foreign visitors and the only place that many Argentines can afford to travel to.

Last year, the average hotel occupancy rate in Patagonia was 97%. Some of those visitors have made appearances at the new synagogue.

“I talked with a lady from the United States, a tourist that was very moved by the possibility of having a religious service during his trip to Patagonia and also some sportsmen that were in the city for trekking and running that happily joined the ceremonies,” Rosenberg recalled about the dedication ceremony.

Around 70 people were at the ceremony, mostly from major Jewish institutions in Buenos Aires. But local community leaders also welcomed around 15 Jews from the region that they didn’t know before, including a resident of another southern city called Zapala located 150 miles north and a man that came to donate a tallit, or Jewish prayer shawl, to the synagogue.

Mario Jakszyn, a community member who helped organize the event, said the turnout had not been anticipated.

“At first we set a few chairs to avoid the image of an empty synagogue in case few people came, but quickly we had to add more and more chairs,” Jakzyn said. 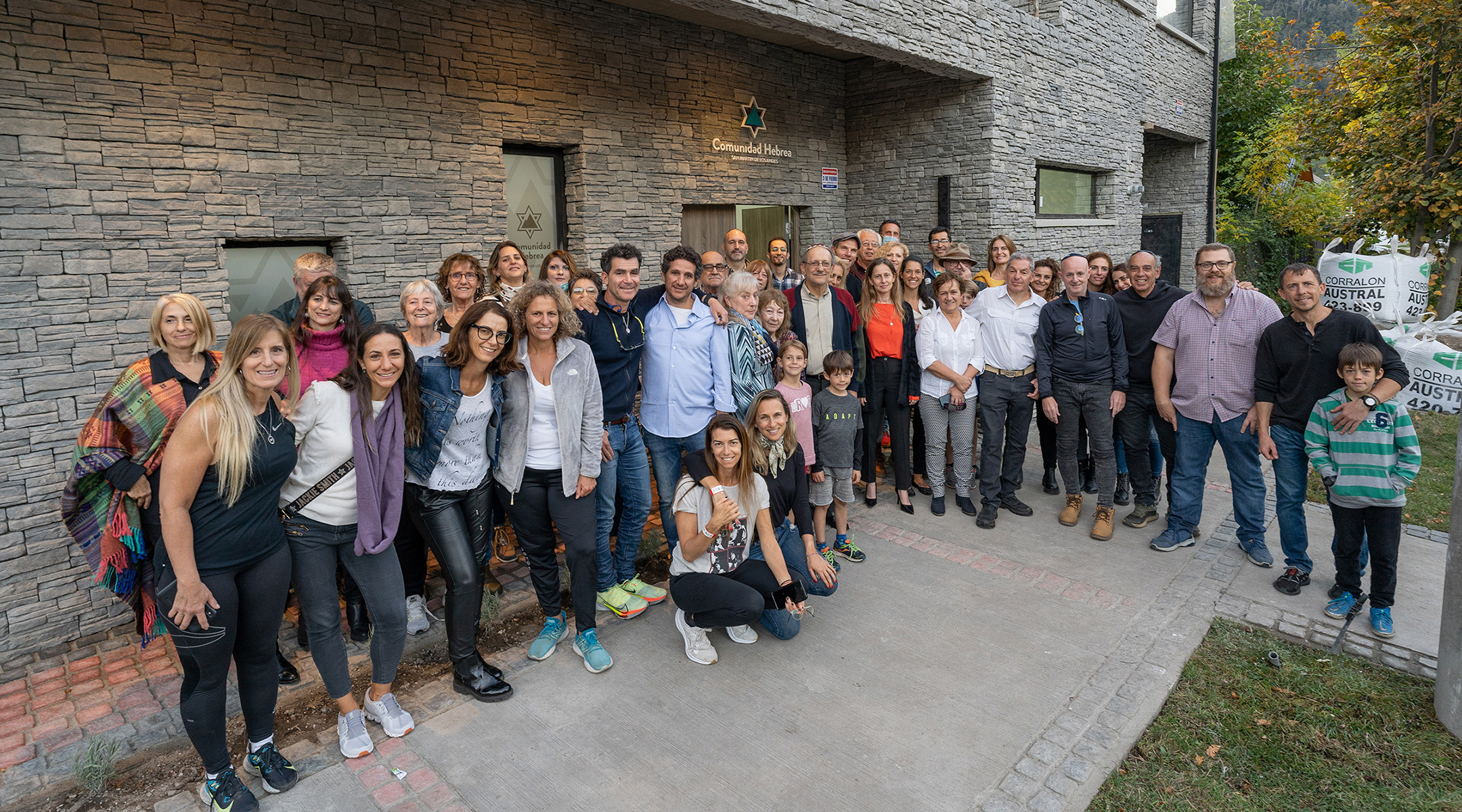 He and another community member, Tamar Schnaider, have been volunteering to lead Shabbat services every Friday. Tourists are always present, he said, and because the group eats Shabbat dinner together, the festivities often do not end until midnight.

The group is hoping to hire a rabbi of their own in the future, but in the meantime, they are collaborating with Lamroth Hakol to organize regular services.

Ploit, a triathlete who was in Argentina’s record squad in this summer’s Maccabiah Games in Israel, wants to make the new synagogue a destination for Jewish athletes who come to Patagonia. He’s planning a Shabbat dinner focused on local athletes, and he is talking with the Argentine Maccabiah sports federation about launching a ski camp — and, potentially, Maccabiah’s first winter sports event in Argentina.

This week, Argentina is hosting the Gran Fondo Siete Lagos, an international cycling competition throughout Patagonia’s mountains, forests and lakes. This year’s route begins in San Martín de los Andes, and Ploit has organized a Shabbat meal at the synagogue the night before the race begins. He already has 80 people registered.

“We keep moving,” he said about his community.