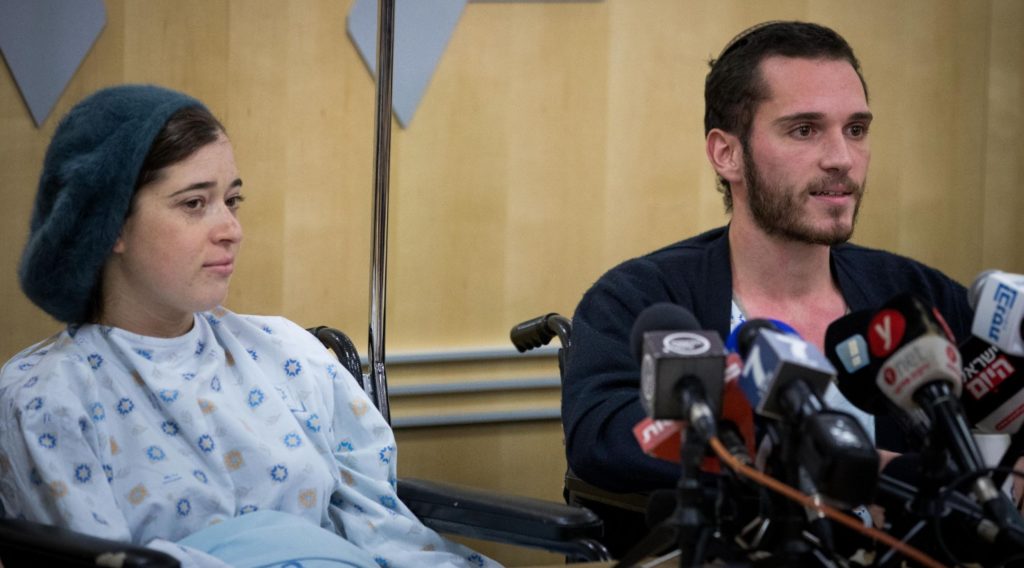 “Our baby, Amiad Israel, managed to unite the Jewish people in the three days he was alive, something most people never manage to do during their entire lives,” said Amichai Ish-Ran on Sunday during a news conference at Shaarey Tzedek hospital in Jerusalem, one week after the attack at a bus stop near the West Bank settlement of Ofra.

The baby was delivered from his injured mother at 30 weeks, but died after three days. His parents were able to hold him right before he died but were not able to attend his funeral on the Mount of Olives.

Amichai Ish-Ran noted that Israelis from all walks of life ranging from secular to haredi Orthodox offered their prayers and help and gifts.

He called on Jews everywhere to remain united. “They can stab us, shoot us, run us over, throw stones at us, murder us, murder our children, but they cannot break us, we won’t let them,” he said.

His wife, Shira, who lost massive amounts of blood after being shot in the abdomen during the drive-by shooting attack requiring many transfusions, thanked those who donate blood and noted that: “Most of my blood is not my blood.”

She also thanked her doctors and the paramedics, who are credited with saving her life.

She is scheduled for additional surgery on Monday. Her doctor, Dr. Alon Schwarz, told reporters that she will need a long recovery period and is expected to be able to bear children in the future.

She reportedly said shortly after her baby died that “I will prove to them, I will show them. I will bring many more babies into this world. Am Yisrael chai.”

Amichai Ish-Ran was shot three times in the leg and is expected to recover fully.