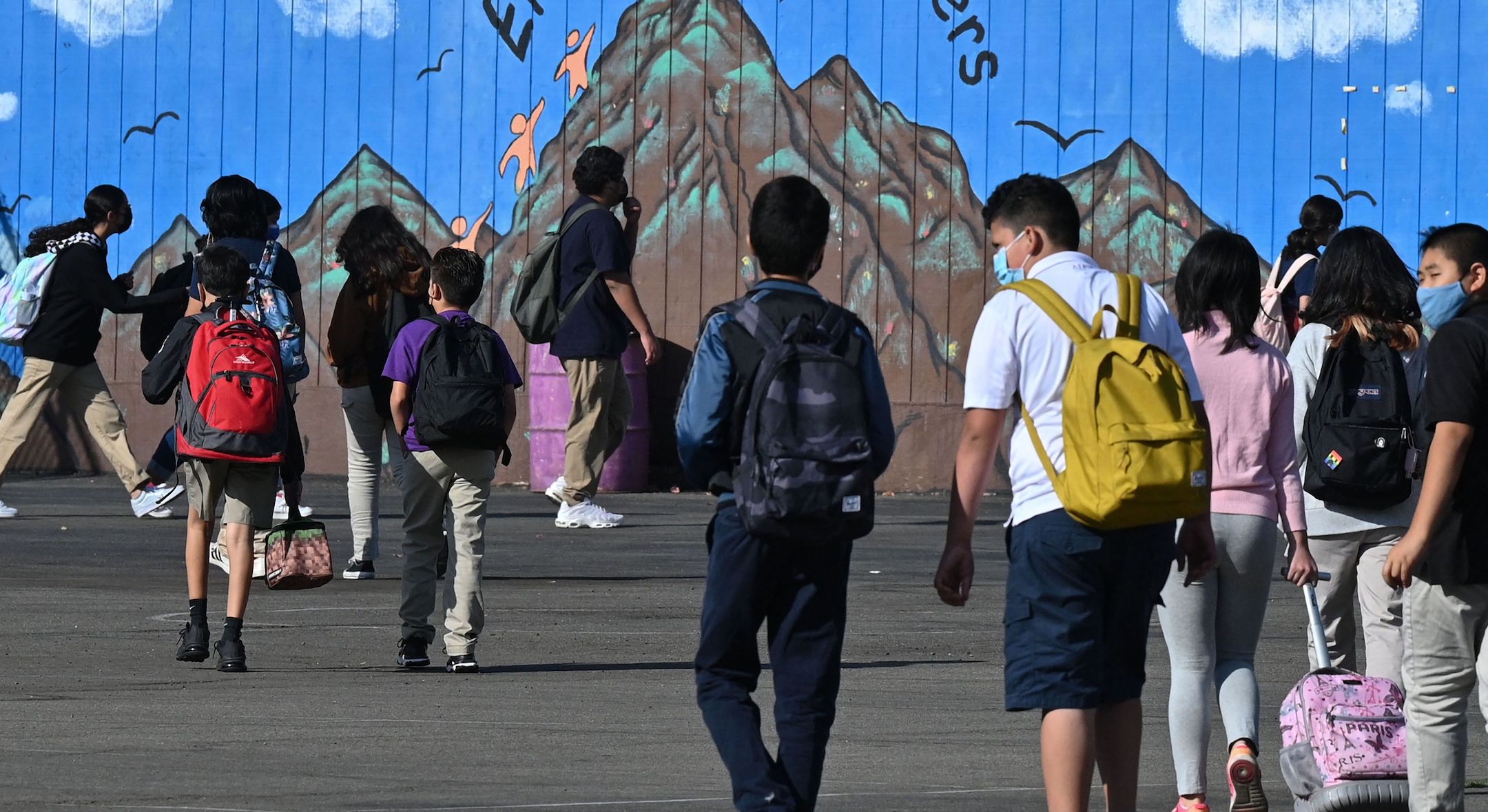 (JTA) — A parent of a child at an Orthodox Jewish day school in North Miami Beach was arrested after saying he wanted to “burn this school to the f***ing ground” in a group chat for parents opposed to the school’s mask policy, according to CBS Miami.

Mark Polyakov’s son was a student at Scheck Hillel Community School, which requires students to wear masks indoors and outdoors.

Polyakov reportedly wrote several messages in a parent group chat of about 70 parents called “No more masks hillel” on Feb. 8 in which he said he wanted to burn the school down.

“You should of told that board member go f *** yourself we will leave and burn hillel down to the ground that’s why there rankings have steadily gone down! What’s his name? This board member,” Polyakov wrote. He later sent a picture of the school with another message: “I want to burn this school to the f***ing ground’ This is what they are doing outside forcing f***ing masks 80 degrees. You cant be nice gets you no where.”

Police arrested Polyakov Monday after another parent in the chat reported his comments to the school administration. Polyakov was charged with one count of threatening to kill or do bodily harm, which can carry up to 15 years in prison and $10,000 in fines, and his son was expelled from the school.

While some parents praised the school for taking the threats seriously, other parents at the school insisted Polyakov didn’t actually intend to threaten the school.

“We know the guy personally. He’s not dangerous. He has a four-year-old kid,” one parent who asked to remain anonymous told CBS Miami. “He didn’t mean it in a direct way. He would never. Everyone who started the chat loves this school, but is just frustrated our children are suffering with these masks.”

In a statement Tuesday, Hillel’s interim principal Craig Carpentieri said the school had a “zero-tolerance for aggressive or violent language or behavior.”

“We reported a parent’s threat of violence against our school and understand that their investigation has led to an arrest. We are continuing to consult with law enforcement as they carry out their work,” Carpentieri said.

Throughout the pandemic, many Orthodox Jews from the Northeast have moved to South Florida, thanks in part to the state’s more lax approach to COVID-19 restrictions.