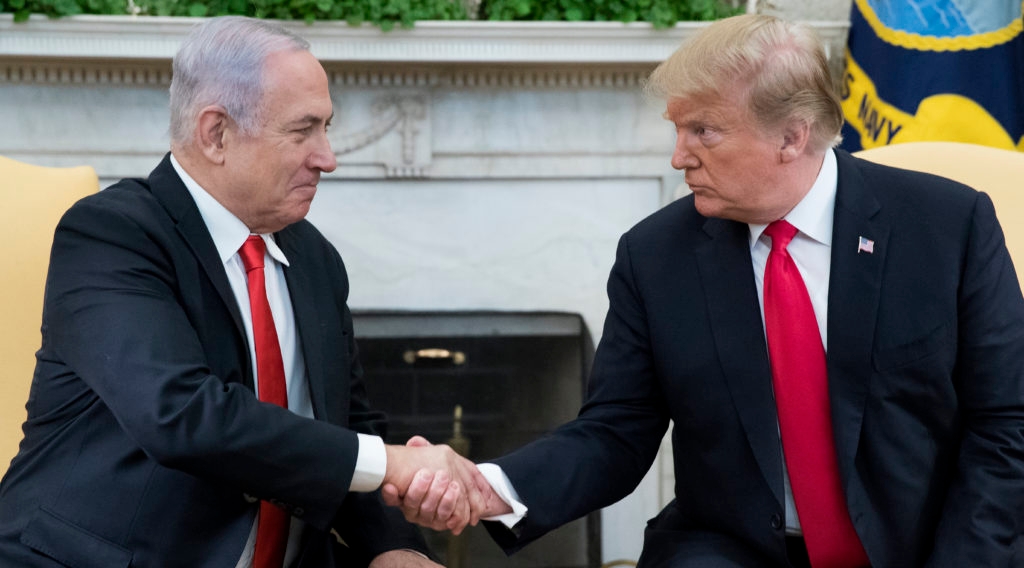 In addition, a senior aide to Palestinian Authority President Mahmoud Abbas told Ynet that the decision to release the plan now is a result of “internal Israeli political self-interests.”

“It is obvious to us that the presentation of the peace deal is meant to help Prime Minister Benjamin Netanyahu with his elections. We know when personal interests are at play,” said the senior official.

Trump is scheduled to meet with Netanyahu on Monday and Tuesday, and with Blue and White head Benny Gantz on Monday. He is expected to make the peace plan public ahead of the meetings.

The Palestinian official also told Ynet that “there is no doubt the plan will have an effect on the Palestinian streets. It could cause tension and lead to an escalation. There is a limit to the existing patience for one-sided moves.”

Hamas leader Ismail Haniyeh in a statement said the release of the plan could lead the Palestinians to a “new phase in their struggle” against Israel, the French news agency AFP reported.

Meanwhile, chief Palestinian negotiator Saeb Erekat told AFP that the Palestinian Liberation Organization reserves the right “to withdraw from the interim agreement” — meaning the Oslo Accords — if Trump unveils his plan, and cancel all agreements signed with Israel. This could mean dismantling the Palestinian Authority and halting security cooperation with Israel in the West Bank.

Erekat also threatened that if Israel begins to annex West Bank territory — a step the plan is thought to approve — then the Palestinians will demand full rights of Israeli citizenship, including the right to vote.

Palestinian groups on Sunday called for a Day of Rage on the day that the plan is announced, which often leads to violence against soldiers and Jewish settlers in the West Bank.

CNN reported on Sunday that the Trump administration has made a renewed attempt through an unnamed third party to speak to Abbas about the peace plan. The White House overture was rebuffed, however. There has been no contact between Abbas’ office and the White House for more than two years, CNN reported, citing multiple unnamed sources.

Meanwhile, Israeli Defense Minister Naftali Bennett, who heads a coalition of small parties to the right of Netanyahu’s Likud party, said in a statement on Sunday night that his bloc will not support the Trump plan unless Israel can immediately start annexing Israeli settlements in the West Bank. He also said that his bloc would not support a plan that includes the formation of a Palestinian state.

“Under no circumstances will we allow the establishment or recognition of a Palestinian state, nor will we allow an inch of land to be turned over to the Arabs,” Bennett said in a statement from the Israeli settlement city of Ariel.