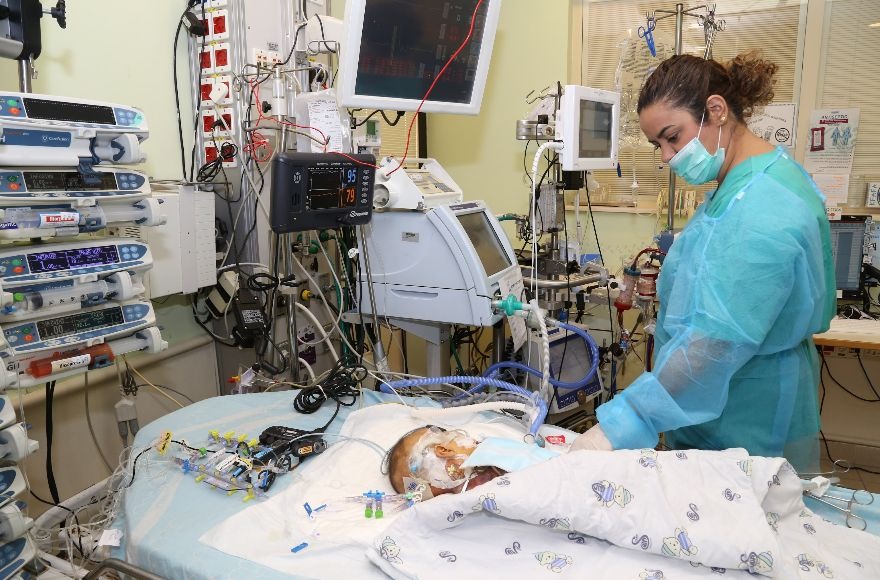 JERUSALEM (JTA) — A Palestinian baby remains in critical condition and is fighting for his life after receiving a heart transplanted from a Jewish child.

The transplant last week is the first time a Palestinian baby has received a heart transplant from a Jewish child, Dr. David Mishaly, chief surgeon at Sheba’s Pediatric and Congenital Heart Surgery Unit, said in a statement.

The Palestinian baby, Musa, had been sent by doctors from a local hospital in Ramallah to Sheba’s Safra Children’s Hospital on several previous occasions to treat and stabilize him.

“There were several miracles associated with this complicated surgery,”   Mishaly said. “There is no such thing in the Palestinian Authority as an ‘organ donor or organ waiting list.’ While organ donor and waiting lists exist in Israel, there was no Israeli baby on the waiting list when the Palestinian baby, who is called Musa, was brought to Sheba in very critical condition. By a twist of fate, a miracle, Musa, was able to receive the new heart from the Jewish child, whose parents had agreed a few hours earlier to donate the heart.”

While Musa also miraculously survived the transplant surgery, his condition is still touch and go, since he was very sick to begin with and due to numerous complications, Mishaly said.

Mishaly said in a statement that Sheba Medical Center is “an island an oasis of peace, where healing is the priority and everyone, regardless of who they are is treated equally, with dignity and respect.”

Musa’s grandmother said in a statement that her family “would like to meet the family of the Jewish child in the near future and thank them for their generosity.”