Ordained Orthodox woman announces plans to open her own synagogue 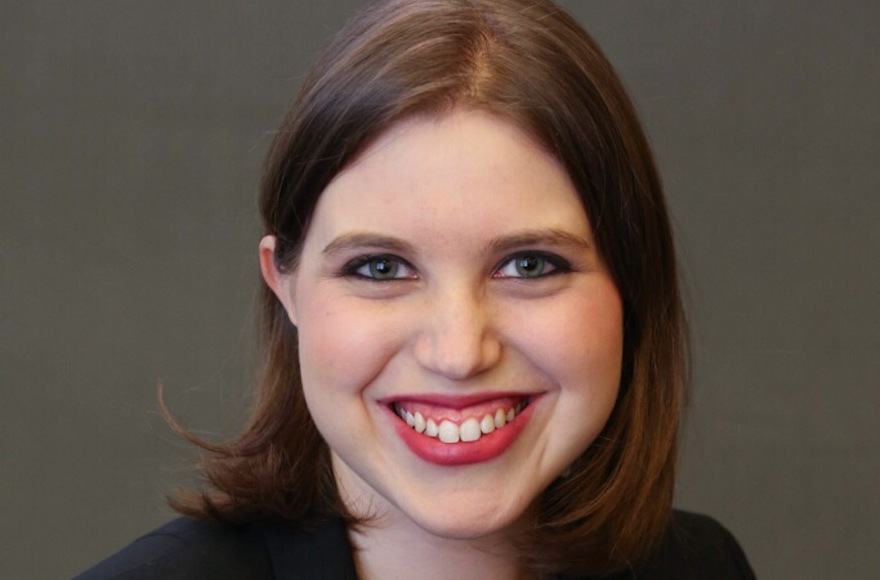 Hadas Fruchter is opening a Modern Orthodox synagogue in Philadelphia. (Courtesy of Fruchter)

(JTA) — A woman ordained by the Orthodox Yeshivat Maharat is opening her own synagogue in Philadelphia.

Rabbanit Hadas Fruchter, 28, announced Saturday that she will open a Modern Orthodox synagogue in Philadelphia with seed money from Start Up Shul and support from Hillel’s Office of Innovation, which gave her a one-year Fellowship for Rabbinic Entrepreneurs.

Fruchter’s announcement was first published on Saturday in The Washington Post. The synagogue, which does not yet have a location, is scheduled to open in the summer of 2019.

She has served as assistant spiritual leader at Beth Sholom Congregation and Talmud Torah in Potomac, Maryland, since 2016. She was ordained that year by Yeshivat Maharat, a liberal Orthodox seminary in New York City.

Fruchter, the granddaughter of a rabbi, told the Post that she dreamed as a teenager of marrying a rabbi because she did not think she could ever be one.

She told the newspaper that her synagogue is “going to be traditional, halachic: fully in line with Jewish law in terms of Modern Orthodox understanding.” This means that she will have to give her sermons from the women’s side of the mechitzah and will not count in a minyan, a prayer quorum of 10 men.

It is unlikely her synagogue will be accepted to join the Orthodox Union, the umbrella Orthodox synagogue organization, which earlier this year issued a document on the subject concluding that women should not hold clergy positions.

Start-Up Shul, founded by Rabbi Shmuel Herzfeld and Steven Lieberman to create gender-inclusive Orthodox synagogues, will fund two synagogues this year and plans to increase to four or five new synagogues a year down the line, according to the Post.