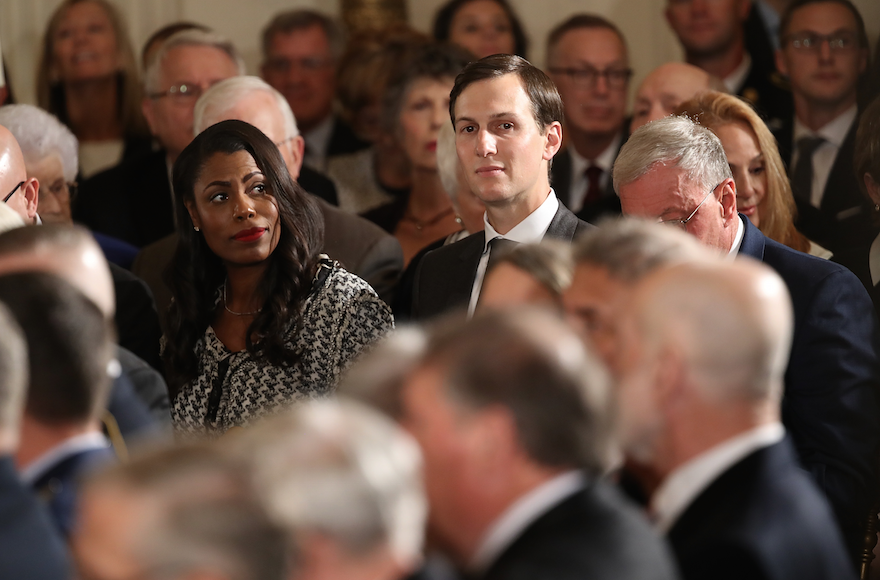 (JTA) — Ousted Trump aide Omarosa Manigault Newman claims that she recorded a conversation with first daughter Ivanka Trump and husband Jared Kushner, both of whom are top advisers to President Donald Trump.

Politico reported that Omarosa, a former contestant on Trump’s “Apprentice” reality show, told friends that she had taped a call she received from the Jewish power couple after her firing by Chief of Staff John Kelly late last year in which they wished her well and denied knowing that she was slated for termination.

According to Politico, the call may show that Kushner and Trump are out of the loop on personnel issues, possibly indicating waning influence in the West Wing. In February, Kushner had his security clearance downgraded from top secret to secret. He was among a number of White House staffers lacking permanent security clearance to have their status downgraded.