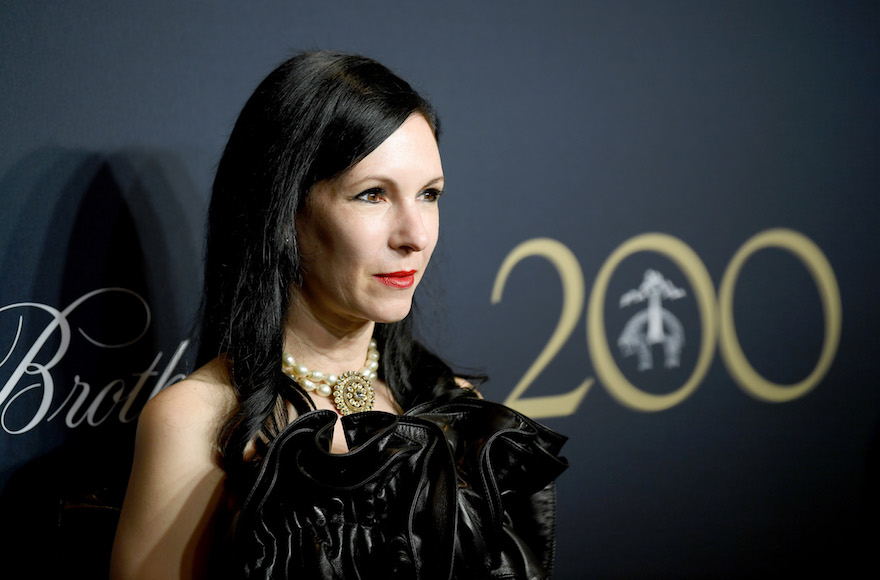 (JTA) — Even celebrities and their families can fall victim to prejudice and xenophobia, Jill Kargman recently found out.

Writing in Tablet, the author and star of Bravo’s “Odd Mom Out” recalled how her son came to her as she was recovering from a double mastectomy and, crying, described how a classmate at his exclusive New York school expressed his approval of the Holocaust.

“I’m a fan of Hitler! God sent Hitler down to kill the Jews because they nailed Jesus to the cross,” the boy told Kargman’s son Fletch, according to the article.

Kargman said the boy in question was given a slap on the wrist by the school while “a student [who] called a black classmate the N-word … was expelled.”

“I spoke to my rabbi and asked what the difference was,” she wrote. “She responded that the overt racism and violence against the African-American community has provoked so much outrage — police murders in the streets, arrests for no reason — that we need to snuff out this rhetoric immediately and have anyone who uses it shut down (see: Roseanne). And yet, according to my rabbi, anti-Semitic slurs are sharply on the rise. We are falsely perceived as puppeteers of the media. Waspy friends have confessed to being privy to Locust Valley dinner party whispers of how we’re all ‘Madoff types’ and that copper wire was invented when two Jews found the same penny.”

“Naturally,” she continued, “part of me blamed this political hellscape we’re suffering in as an activator of hatred. Trolls have slithered out of their holes and aren’t telling Jew jokes in the corner, they’re telling my child we should be ashes. In New York City!”

Deciding to take charge of the situation, Kargman purchased and dropped off a bundle of books about the Holocaust at the home of the boy who accosted her child — she never heard from his family — and moved her son to a new school.

“My mother, whose family hid in France during World War II, sadly remarked they probably tossed them in the garbage,” she wrote. “But I felt better. Because I did something. Now is the time to speak up. We can’t be afraid of ‘causing trouble.’ And institutions need to have protocols for punishment and community healing, as well as a schoolwide discussion on how this will simply not be tolerated. Racism, religious or sexual discrimination, sexism, none of it.”

The post ‘Odd Mom Out’ star Jill Kargman tells how her son was victimized by anti-Semitism at school appeared first on Jewish Telegraphic Agency.