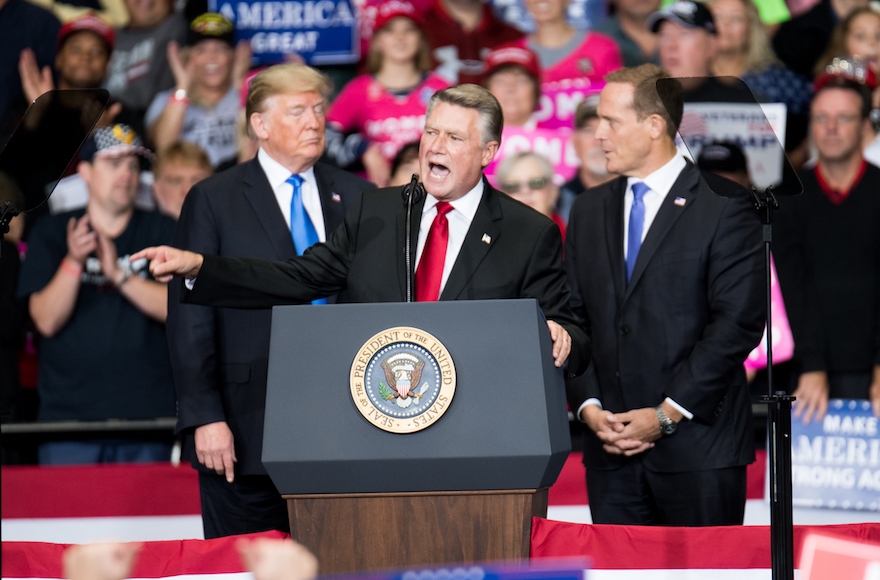 (JTA) — A Republican candidate for Congress in North Carolina said Jews must accept Jesus as their savior and that Islam is the work of Satan.

Mark Harris, a former pastor, defeated three-term Republican Rep. Robert Pittenger in a May primary and will face Democrat Dan McCready on Tuesday. The race for North Carolina’s 9th District is currently a toss-up, according to CNN.

As senior pastor of Charlotte’s First Baptist Church, Harris claimed in sermons that Islam was “dangerous” and the work of Satan. He also said peace between Israel and the Palestinians could not be achieved until Muslims and Jews accepted Jesus as their savior, CNN reported.

Harris called the Koran the “great counterfeit,” citing passages in it he said are identical to passages from the Bible, and he warned against listening to political leaders who call Islam one of the great religions of the world.

In a 2011 sermon, Harris spoke of a recent trip he had taken to Israel.

“You cannot be in that land, as powerful and as moving as it is, without realizing the incredible tension that is constantly in that land between the Palestinians and the Jews. There will never be peace in Jerusalem until the day comes that every knee shall bow, every tongue shall confess that Jesus Christ is Lord,” he said in the sermon.