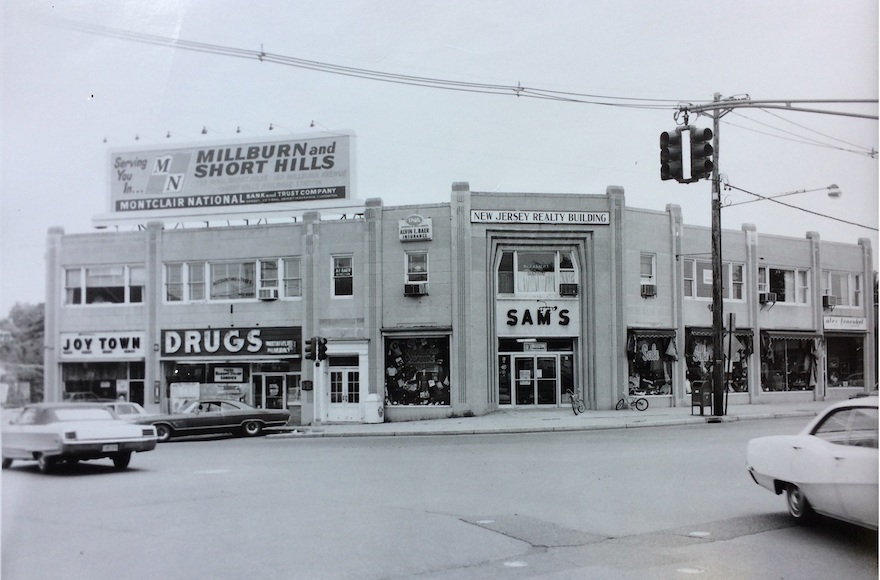 A Sam’s storefront, circa 1968. (Courtesy of Jeffrey Cohen)

WHIPPANY, N.J. (New Jersey Jewish News via JTA) — When Clifford Kulwin celebrated his 13th anniversary as rabbi at Temple B’nai Abraham in Livingston, New Jersey, he knew he had to mention another local institution.

“I understand there are some present who do not consider this a ‘real’ bar mitzvah. To them I have just one word: Sam’s!” he said before opening his suit jacket and pointing to the label sewn into the lining: Sam’s Fine Men’s Clothing in Livingston.

“Eight hundred people there utterly brought down the house,” Kulwin recounted in an email to NJJN.

For generations, Sam’s has been the go-to shop for dapper bar mitzvah boys in Essex County. The announcement that it will close at the end of October was met with sadness here and the kind of wistfulness that greets the demise of any institution that reminds Jewish locals of their roots — in this case, the storied Newark of the first half of the 20th century.

Of course Sam’s, on the corner of Northfield and Livingston avenues, sells more than bar mitzvah apparel. Made-to-measure suits for men make up a big part of the current business, and it also sells fine men’s sportswear, although not as much as in decades past, before the age of online shopping. 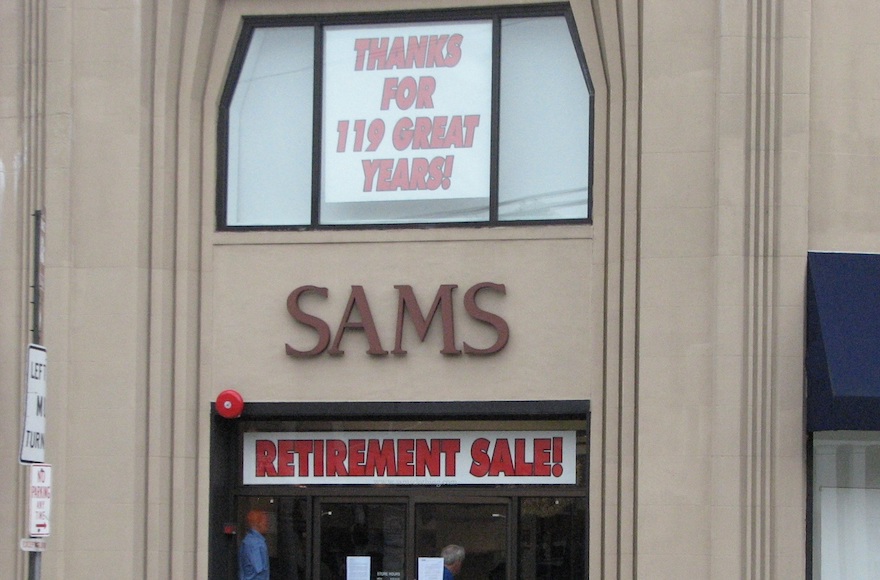 Sam’s Fine Men’s Clothing, an institution in Livingston, N.J., with roots dating back to at least 1899 in Newark, will go out of business at the end of October. (Johanna Ginsberg)

Over the years, the store has been frequented by celebrities, models, even mobsters. This last group always came after the store was closed, so they could shop without anyone else in the store, recalled Maurice Cohen, a third-generation owner with his cousin, Jeffrey Cohen.

Shortly after announcing their retirement in an early September letter mailed to the community, the Cohen cousins met with New Jersey Jewish News in an office above the store and reminisced about their lives in the business.

Among the oddest items they remember selling, as late as 1975, were white parade gloves and men’s garters.

“Did we sell the gloves at regular price or on sale?” Jeffrey asked Maurice in an impromptu quiz.

“Regular price!” was the answer.

“I’m a peacock,” he acknowledged.

On this day he wore an orange-and-white checked button-down shirt with jeans, while Jeffrey was dressed more conservatively in an understated blue suit, complete with handkerchief in the front pocket.

The clothing business began with their grandfather, Hyman Cohen, who sold bolts of fabric from a pushcart. It morphed into men’s and women’s ready-to-wear clothing and, circa 1920, Hyman Cohen opened the storefront at 79 Prince St. in Newark. 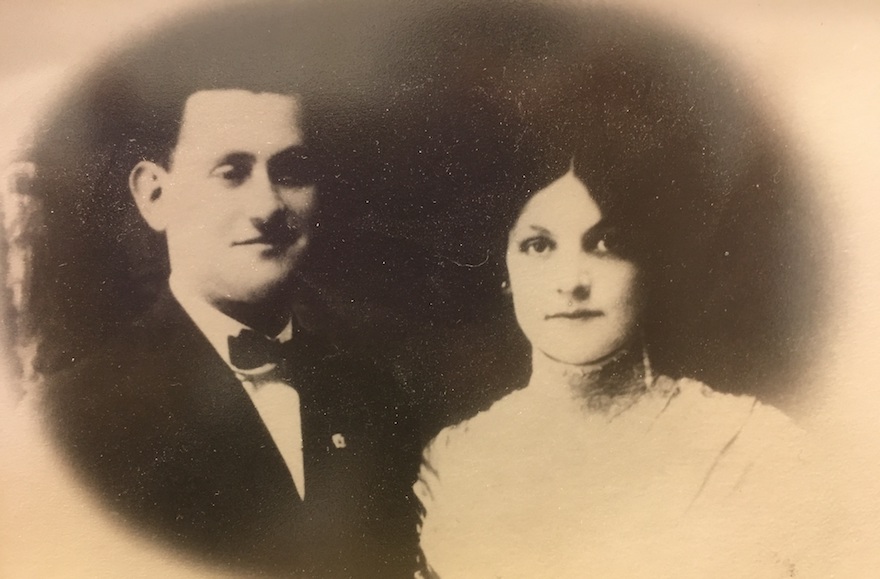 Hyman Cohen, an immigrant from Romania, started the family’s clothing business selling bolts of fabric from a pushcart in Newark in 1899 or earlier. He is pictured with his wife, Dora. (Courtesy of Sam’s)

Maurice and Jeffrey remembered playing with large cardboard boxes in the back of the H. Cohen & Sons location, but they were also put to work.

“Our fathers would give us the cutoffs from pants that had been tailored to put in a box and sell to the ragman,” Maurice said.

“Then,” Jeffrey said, “we’d go to Sidney’s Deli for corned beef and pastrami on rye, and then for cookies from Wigler’s Bakery. That was a good day.”

Asked what they’ll miss most after the closing, Maurice said “the camaraderie.” Maybe that stems from the early days of the store, when it really was a place people went to socialize. Maurice recalled that around 5 p.m. on Saturdays, an hour before closing, his parents put out a tray of cheese and salami and poured whiskey and bourbon for customers. 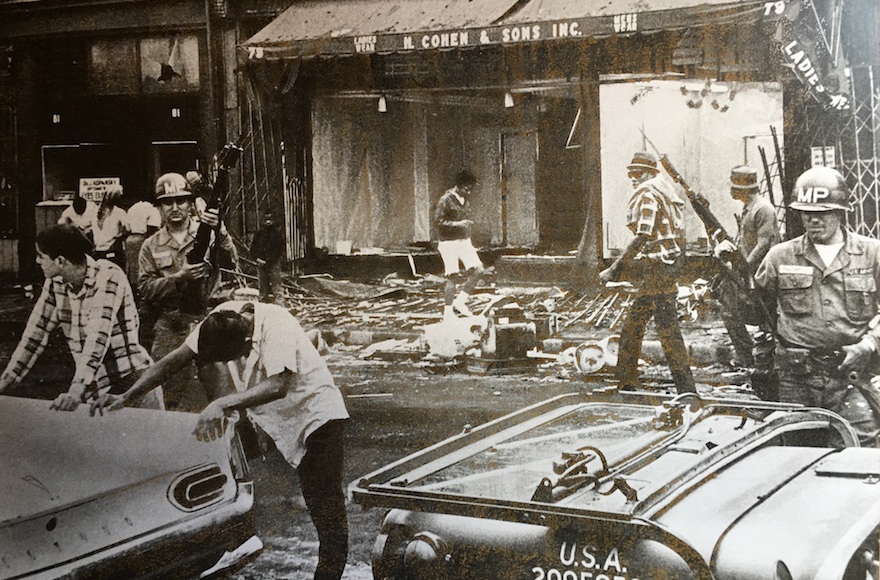 The scene after 1967 race riots in front of the looted and burned H. Cohen and Sons storefront on Prince Street in Newark. (Courtesy of Sam’s)

The Newark business was destroyed during the 1967 race riots — it was looted and burned, with nothing left but a vendor’s pencil that the cousins saved all these years later, and the fireproof lockbox with all the records of clothing bought on installment (installment purchases made up a large portion of the business at that time).

In 1968, the family bought Sam’s in Livingston, then an Army-Navy surplus store, from Sam Winkler, for whom it was named. Jeffrey remembered selling hip boots for fishing, hockey sticks, even ammunition.

By the time the cousins took over the business in the early 1980s from their fathers, Louis and Edward, the community — by then fully replanted in the suburbs — was ready for higher fashion, higher quality merchandise and higher price tags. The business adjusted by adding European suits, first made at mills in France, later in Italy, along with fine sportswear. 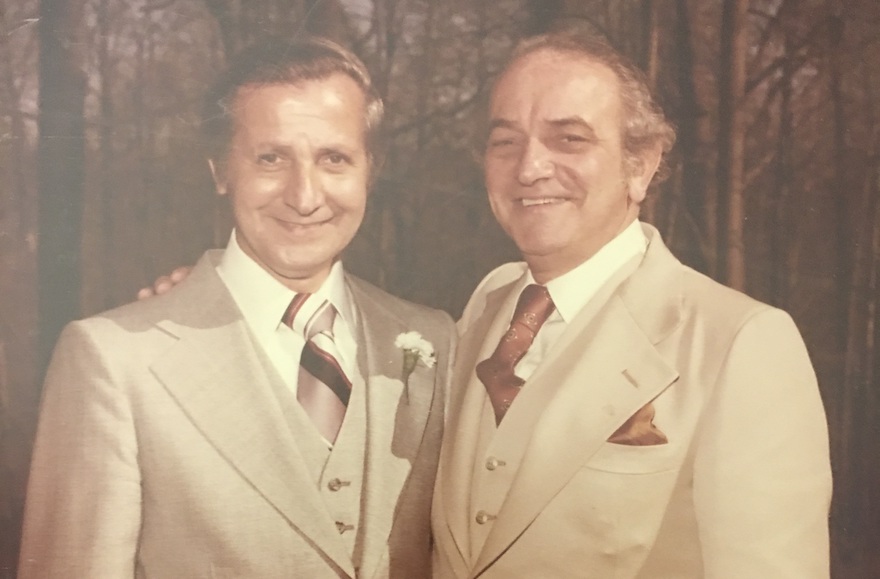 Edward, at left, and Louis Cohen took over the Newark storefront following their fathers’ death and moved it to Livingston in 1968. (Courtesy of Sam’s)

Jeffrey, not a natural gambler, recalled all the risks the cousins had to take.

“You can’t be in the fashion industry looking in the rearview mirror,” he said. “You’ve got to always be looking ahead.”

Some bets paid off, others less so.

“The only thing we’re married to is our wives,” Maurice said. “If it sells, great. If not, get rid of it.”

If customers didn’t understand a fashion trend, there was no point explaining.

“When you buy clothes, only two things matter: One, that it looks good, and two, that it feels comfortable. Buying clothes should not be a cerebral experience.”

They also transformed the store windows from a place to push merchandise and sales to something that could express a point of view (and push merchandise). The windows became iconic for their artistic expression. One award-winning window featured an homage to Michelangelo’s “Creation of Adam,” with a high-fashion button-down men’s shirt standing in for the first man.

“It was important for us to support the community that supported us,” Jeffrey said. 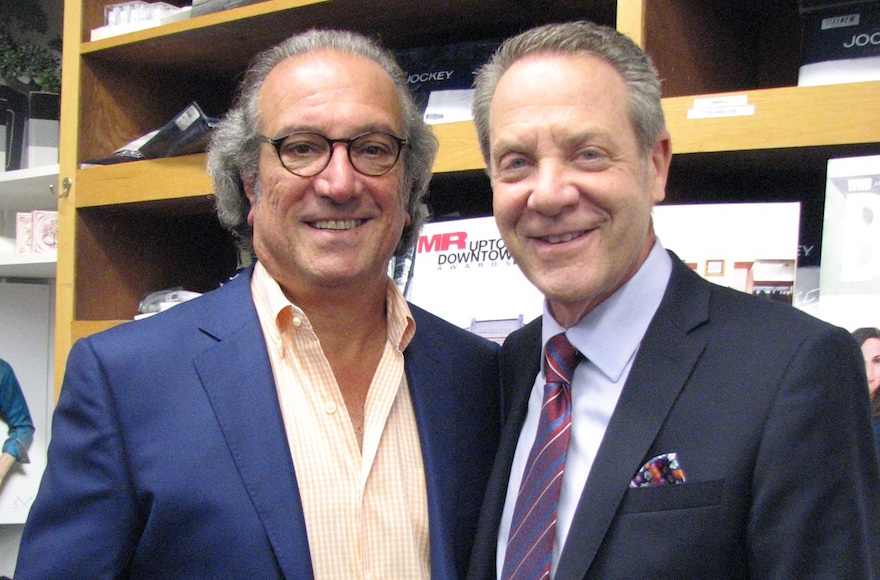 The cousins, both 68, said they are ready to close the shop and spend more time with their families. Although their four children each pursued careers that did not include Sam’s, they have no regrets about not passing the family business to the next generation.

“We had a pretty good run,” Jeffrey said.

There was one common thread that ran through all the incarnations of the business — Jeffrey calls it “the human touch.”

“We were always staffed up and ready to help our customers,” he said.

That’s what kept families coming back through generations. Jordan Odette of Springfield grew up in Livingston and shopped at Sam’s, just like his father and uncle. Before he married in 2012, there was only one place for him and his groomsmen to get their outfits for the wedding.

“I wouldn’t think of going anywhere else,” Odette said. “I knew they would take care of us and the suits would fit well and they’d be ready on time. And I like giving business to the store I grew up with.”

Now that it’s closing, he said, “It will live on in our memories as the best place to suit up.”

The post NJ store to close after a century of suiting up bar mitzvah boys — and the occasional mobster appeared first on Jewish Telegraphic Agency.