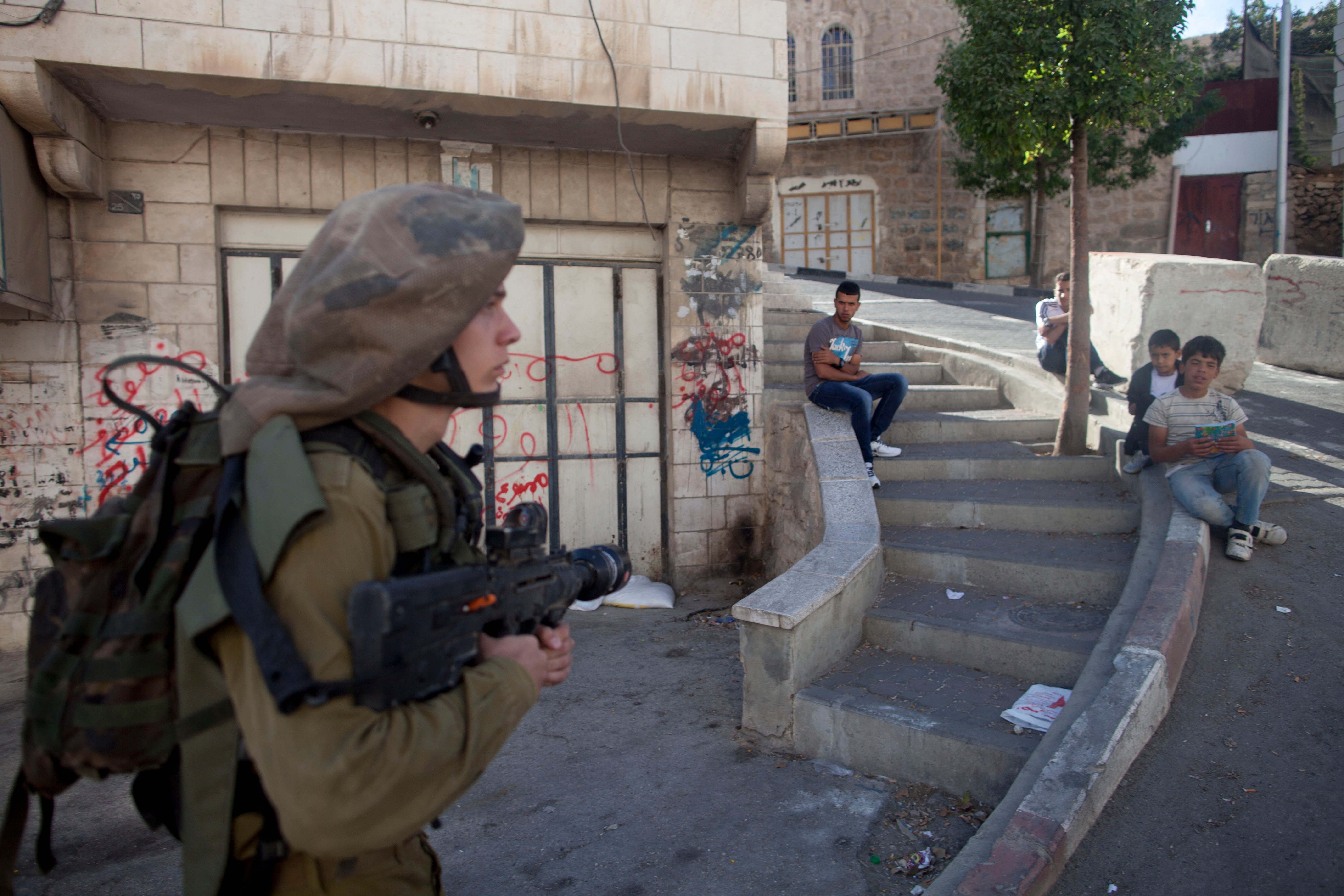 Palestinians watch an Israeli soldier on patrol in a street on September 23, 2013 in Hebron, West Bank. (Photo by Lior Mizrahi/Getty Images)

The approval on Sunday will be the first Jewish housing to be built for Jewish Israelis in the West Bank city in 16 years. In 2002, 10 housing units were approved for the Tel Rumeida neighborhood.

The approval of the nearly $6 million project includes 31 homes, a daycare center and a park on a site that was formerly an Israel Defense Forces base. The area is known as the Hezekiah Quarter.

The plan previously was approved by the Civil Administration for the West Bank, the Defense Ministry body that oversees Israel’s civil policy in the West Bank. With the Cabinet’s approval, the project can be implemented.

The land on which the project will be constructed was owned by Jews before Israel’s establishment in 1948, was later leased by the Civil Administration to Hebron’s Palestinian municipality to create a central bus station, which was built and later moved.

Some 500 Jewish Israelis live in Hebron in four neighborhoods, amidst more than 100,000 Palestinians. Hebron is the site of the Tomb of the Patriarchs, which is holy to both Jews and Muslims.

“The government is again wasting millions of shekels of public funds in order to placate a fringe radical minority. The settlement that is most damaging to Israel’s reputation is Hebron, and instead of evacuating it, it appears that the government is trying by force to further entangle Israel and to exacerbate the conflict,” Peace Now said in a statement.

Defense Minister Avidgor Liberman celebrated the approval in a tweet. “A new Jewish neighborhood in Hebron, for the first time in 20 years! A new neighborhood is being set up instead of a military camp,” his tweet said. “This is another important milestone in the extensive activity that we have led to strength the settlement enterprise of the West Bank,” the tweet also said.