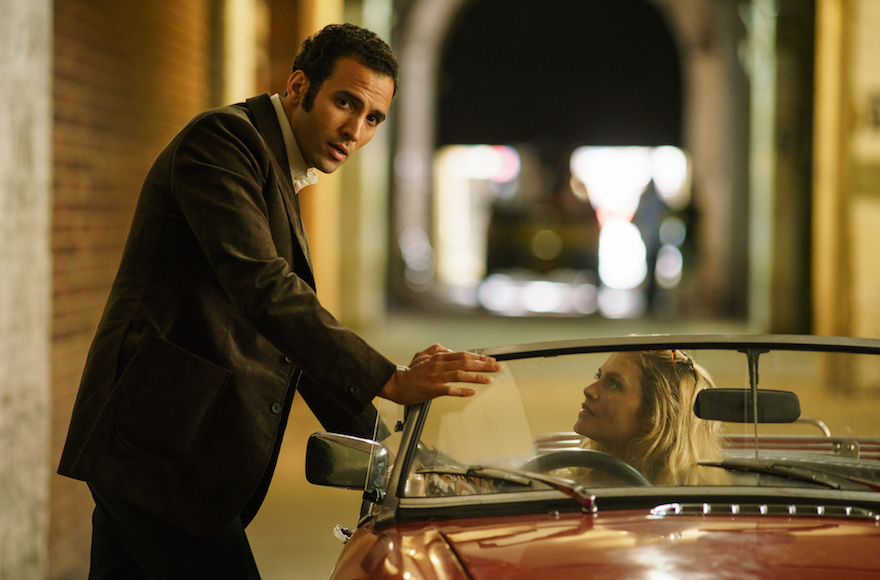 LOS ANGELES (JTA) — In 1993, filmmaker Ariel Vromen was part of an Israeli air force rescue unit sent in to Lebanon to evacuate both Jewish and Arab soldiers wounded during a battle. During the fighting, two of Vromen’s closest friends died in front of his eyes.

For several months afterward, he suffered debilitating post-traumatic stress disorder. But Vromen, now 45, took solace knowing that he and his fellow troops were “under a certain oath to take care of soldiers from Lebanon or Syria as much as we would give attention to Jews and Israelis,” he said in a telephone interview.

Vromen also recalled the disconnect of fighting just beyond Israel’s northern border, when he would be “laughing and playing backgammon, and then in less than 30 minutes we’d find ourselves in a battle zone or a disaster area,” he recalled.

The contradictory nature of his military service is one reason Vromen (best known for directing the American thriller “The Iceman”) was drawn to direct the spy thriller “The Angel,” which premiers on Netflix Sept. 14. The film spotlights the enigmatic Egyptian Ashraf Marwan, a confidant of President Anwar Sadat who eventually turned into a spy for Israel. He famously warned the Mossad about the planned Arab surprise attack that started the Yom Kippur War in 1973, preventing what could have been even greater Israeli casualties.

Ashraf Marwan (played in the film by Marwan Kenzari) was the son-in-law of Egypt’s President Gamal Abdel Nasser and later became close with Nasser’s successor, Sadat. Yet one day in the 1960s, he called the Israeli embassy from a telephone booth in London and offered his services as a spy. The Mossad enlisted his efforts, and Marwan passed valuable information to the Israelis, putting his life in serious danger along the way.

In 2007, several years after he was publicly outed as a spy, Marwan fell to his death from a balcony in London  at the age of 63 — which may or may not have been suicide. Vromen, for his part, said he believes Marwan’s death was a murder, given that the suspicious guests various Egyptian diplomats, arms dealers and dissidents over the years have been chalked up as “death by balcony.”

The filmmaker — who was raised near Tel Aviv but now lives in Los Angeles — came to the project two years ago, when an Israeli producer gave him an early draft of the screenplay, based on Uri Bar-Joseph’s popular book, “The Angel: The Egyptian Spy Who Saved Israel.” (Marwan’s code name was The Angel.) But after reading the book, Vromen was at first reluctant to direct the movie.

“I felt it was very one-sided … a very coherent story but told from the Israeli point of view,” he said. “So I started to use a lot of my relationships in the Arab world to get into the Egyptian side of the story.” 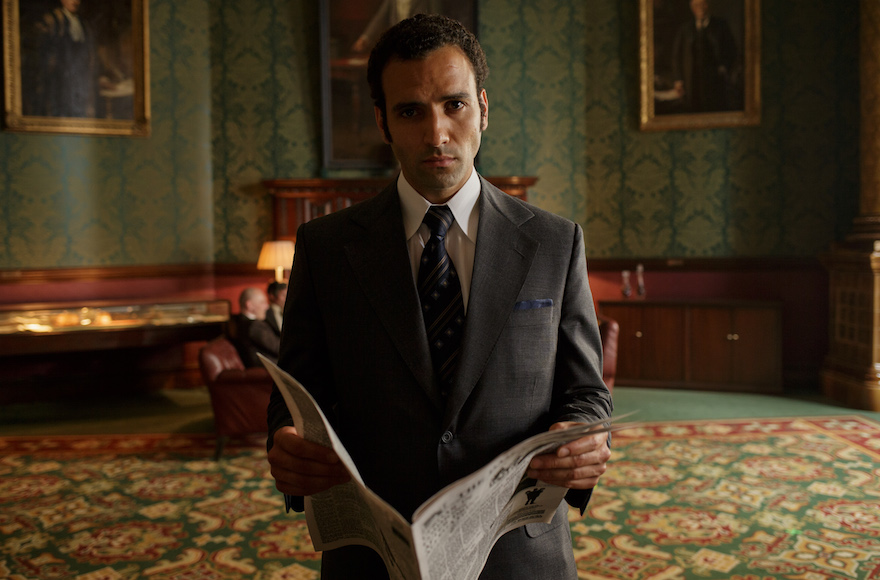 Ashraf Marwan supplied the Mossad with valuable information in the 70s. (Nick Briggs/Netflix)

One of Marwan’s best friends eventually served as a valuable source of information for the film.

Vromen regards Marwan as a hero for Israel who had more complex motivations beyond the notion of helping to create peace in the Middle East.

“His motivation early on was as a young man who was poor, lost and humiliated by his father-in-law,” the filmmaker said. Nasser apparently viewed Marwan with disdain, due in part to his dearth of funds at the time and his family’s lack of status, Vromen said.

“I’m very confident that when he first approached the Mossad it was an avenging emotional path,” the filmmaker added.

It was also partly a mercenary decision.

“I don’t know of any spy who didn’t want to be paid,” Vromen said.

In fact, the filmmaker continued, Marwan used his Mossad fees to create the seeds of what would become a $3 billion business empire by the time of his death.

Marwan’s fortunes began to shift after Nasser died and he became a close aide to Sadat, with access to state secrets. As he became more successful, his motivation to spy shifted towards creating “a path to make peace between the countries,” Vromen theorized.

“I really think he was also putting all his efforts to serve Sadat,” the director added. “He knew the only way for the president to sustain power would be if he could [persuade] the Israelis to give the Sinai back to the Egyptians.”

Even so, a number of Egyptians so far have criticized Vromen’s movie on social and other media platforms.

The Egyptians have long claimed that Marwan was a cunning double agent who actually duped the Israelis into funding expensive war mobilization efforts in two false alarms prior to the 1973 war.

Many Egyptians have dismissed the film as Israeli propaganda and denounced Vromen’s casting of an Israeli actor to portray Sadat. Vromen counters that he at first approached a number of Egyptian actors who refused to participate in the film.

“Egyptians have cold feet about the movie,” he said. “The assumption is that because I’m an Israeli, I am biased.”

But Vromen insists he attempted to show both countries’ side of the story.

“When I analyzed the character, money was a huge part of his persona,” he said. “But I don’t believe he could have risked what he risked, eventually, if he didn’t have a bigger cause.”