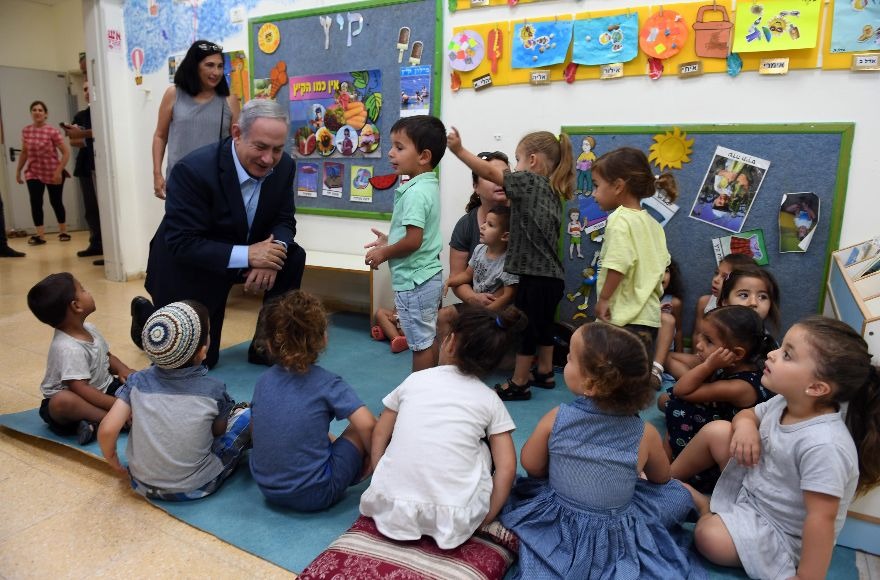 JERUSALEM (JTA) — Israeli Prime Minister Benjamin Netanyahu visited Sderot, where at least two rockets from Gaza caused serious damage and injured a family of four, and warned of a “a prolonged Zionist struggle.”

Netanyahu met Monday in Sderot with the heads of the local municipal councils of communities located in the Gaza border area.

“I have just finished an excellent meeting with the heads of councils in the area adjacent to the Gaza Strip. I told them that we are in a prolonged struggle,” Netanyahu said in a statement following the meeting.

On Saturday, more than 170 rockets and mortars were fired from Gaza at southern Israel. Israel responded by striking some 40 Hamas terror targets in Gaza. In addition, in recent weeks thousands of acres of farmland and woodland have been burned by kites and balloons set alight and sent over the border from Gaza to Israel.

“There is an exchange of blows here. It is not over in one go,” Netanyahu said, “and I cannot comfort those who have taken the most difficult losses. This is very hard to take, but we know that we are in a prolonged Zionist struggle.”

In a warning to the terrorist organization that runs Gaza, Netanyahu said: “It is important that Hamas understand that it faces an iron wall and this wall is comprised, first of all, of a determined government, of strong local leadership and Zionist settlement, and that we will continue to strengthen it and – of course – the IDF.”

Netanyahu said he is “proud of the marvelous local residents who are facing difficult days.” He added that he is “convinced of our common strength to rebuff, deter and, in the end, defeat this Gaza-based terror.”

Netanyahu visited a kindergarten in Sderot.

“We are committed to them,” he said of the children, “and this is a continuous process. I do not want to tell anybody that it is over.”