Netanyahu brokered a deal with the political heirs of Meir Kahane. Here’s why, and why it matters. 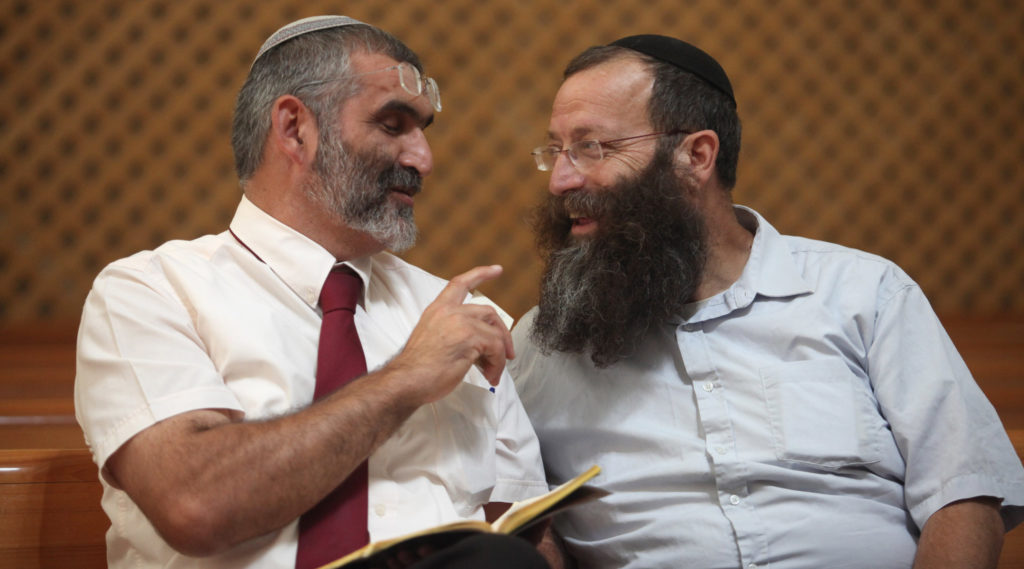 JERUSALEM (JTA) — Israel would never have a government without political horse-trading. Governments form when parties win enough seats in the Knesset and cobble together enough partners to form a ruling, majority coalition.

But one trade is raising eyebrows and even alarm, as Prime Minister Benjamin Netanyahu is being seen as brokering a marriage of convenience between an extremist right-wing party, Otzma Yehudit, and a more moderate right-wing party, Jewish Home.

Otzma Yehudit, which means “Jewish power,” is the spiritual godchild of Rabbi Meir Kahane’s Kach party, which was banned from the Knesset under a Basic Law outlawing incitement to violence and later exiled entirely in Israel. Kahane was the American immigrant founder of the militant Jewish Defense League, who before his assassination in 1990 promoted the immediate annexation of disputed territories and the expulsion of Arabs from the West Bank.

What was Netanyahu’s role?

Netanyahu needs a solid bloc of right-wing parties to form a government following the April 9 election. If the two parties had run separately, there is a chance that neither would have had enough votes (3.25 percent of those voting) to enter the Knesset, hampering Netanyahu’s ability to assemble a majority.

To sweeten the pot, Netanyahu offered the joint list of Jewish Home-Otzma Yehudit two Cabinet seats, as well as a spot on the Likud candidates list.

What is Otzma Yehudit?

Like its Kahanist ancestors, the party calls for a greater Israel from the Jordan River to the Mediterranean Sea, as well as the annexation of the West Bank. It calls for unrestrained settlement building and the resettlement of Palestinians and Arab Israelis in Arab countries. It wants to restore Israeli sovereignty to the Temple Mount and cancel the Oslo Accords.

Party head Michael Ben-Ari has called Kahane his rabbi and his teacher. Other leaders include former Kahane aide Baruch Marzel, a resident of Hebron who holds a party every year at the grave of Baruch Goldstein, who in 1994 massacred 29 Palestinians at the Cave of the Patriarchs; Rabbi Bentzion Gopstein, who runs Lehava, a group that opposes marriages between Jews and non-Jews; and Itamar Ben Gvir, an attorney who defends right-wing activists accused of Jewish terrorism.

Do any members of Otzma Yehudit have a realistic shot of being elected to the parliament?

The fifth slot on the combined party list is reported to be reserved for Ben-Ari. So maybe.

How are people responding?

Mideast watchers outside of Israel are appalled.

“I grant that Otzma will have little to no power in an Israeli govt,” tweeted Michael Koplow, policy director of the Israel Policy Forum. “Explain to me how associating with [Otzma Yehudit] is any different than politicians who are willing to cavort with Farrakhan, and why anyone who rightly goes nuts over the latter should do anything different with the former.”

The Anti-Defamation League, a staunch defender of Israel, expressed its dismay. “There should be no room for racism & no accommodation for intolerance in Israel or any democracy,” its CEO, Jonathan Greenblatt, tweeted. “ADL previously has spoken out on hate-filled rhetoric of leaders of the Otzma Yehudit Party. It is troubling that they are being legitimized by this union.”

Lahav Harkov, The Jerusalem Post’s senior contributing editor, urged restraint. The move might mean “a Knesset with one person from Otzma in it whose chances of imposing a theocracy and deporting most or all Arabs is nil. This is purely symbolic,” she tweeted. “Let’s not kid ourselves that the whole Knesset is turning into Kahane now.”