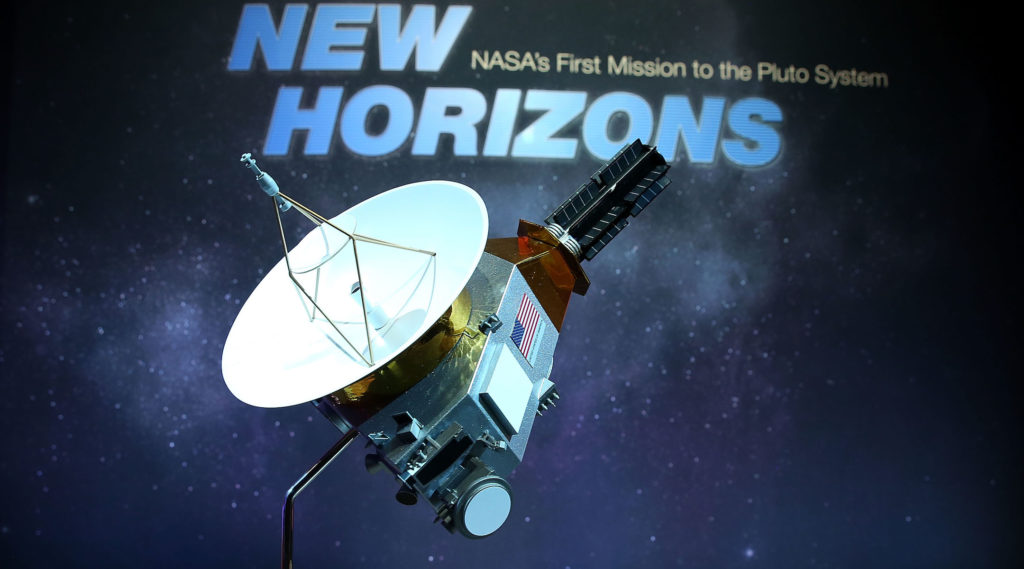 (JTA) — Earlier this week, NASA’s New Horizons spacecraft flew by what it says is the most distant object ever explored by a spacecraft.

But calling the trans-Neptunian object by its official designation of 2014 MU69 was cumbersome and boring for NASA scientists, who considered some 34,000 names as part of a public competition in 2017.

Ultima Thule, a name that was nominated by 40 people, won the public poll. It comes from classical and medieval literature and means any distant place located beyond the “borders of the known world.”

But NASA apparently did not realize that Ultima Thule [pronounced TOO-leh) was a term used by the forerunners of the Nazi Party and is still used by some extreme right groups as part of their own mythology.

Newsweek first made the connection in a March article.

In Germany, extreme right occultists believed in a historical Thule, also called Hyperborea, as the ancient homeland of the Aryan race. The Thule Society, founded in 1918 around this and other occultist beliefs, later became the Nazi Party.

Mark Showalter, a planetary astronomer at the SETI Institute and investigator on the New Horizons mission who led the naming contest, told Newsweek that Ultima Thule has a “long history” and that Nazism is not the first thing that people associate with the term, which he admits he never heard until the naming contest.

“The primary association of Thule and Ultima Thule are with travel and exotic places and cold places — it’s associated with travel gear, it’s associated often with distant places in Greenland,” he told Newsweek. “‘Beyond the limits of the known world’ — that’s such a beautiful metaphor for what we’re doing this year.”

Twitter’s ambivalence about the name was captured in a tweet by Jacob Aron, a deputy news editor for New Scientist magazine and the grandson of Holocaust survivors.

“I had no idea Ultima Thule had Nazi connotations,” he wrote. “On the one hand, it has a clear, non-Nazi historical meaning, similar to terra incognita. On the other hand, it would be nice to go more than one day in 2019 without thinking about Nazis.”

At least two bands — in Estonia and in Sweden — are named Ultima Thule, and four albums by European bands have the name, too. It is the name of a poetry collection by Henry Wadsworth Longfellow and a short story by Vladimir Nabokov. There is a town in Arkansas called Ultima Thule and a creek in Australia.

After New Horizons has had a chance to get closer to the object, to determine more about its characteristics, NASA scientists will decide on a permanent name. It must be approved by the International Astronomical Union, which oversees all names in space. Ultima Thule reportedly does not fit the union’s criteria.