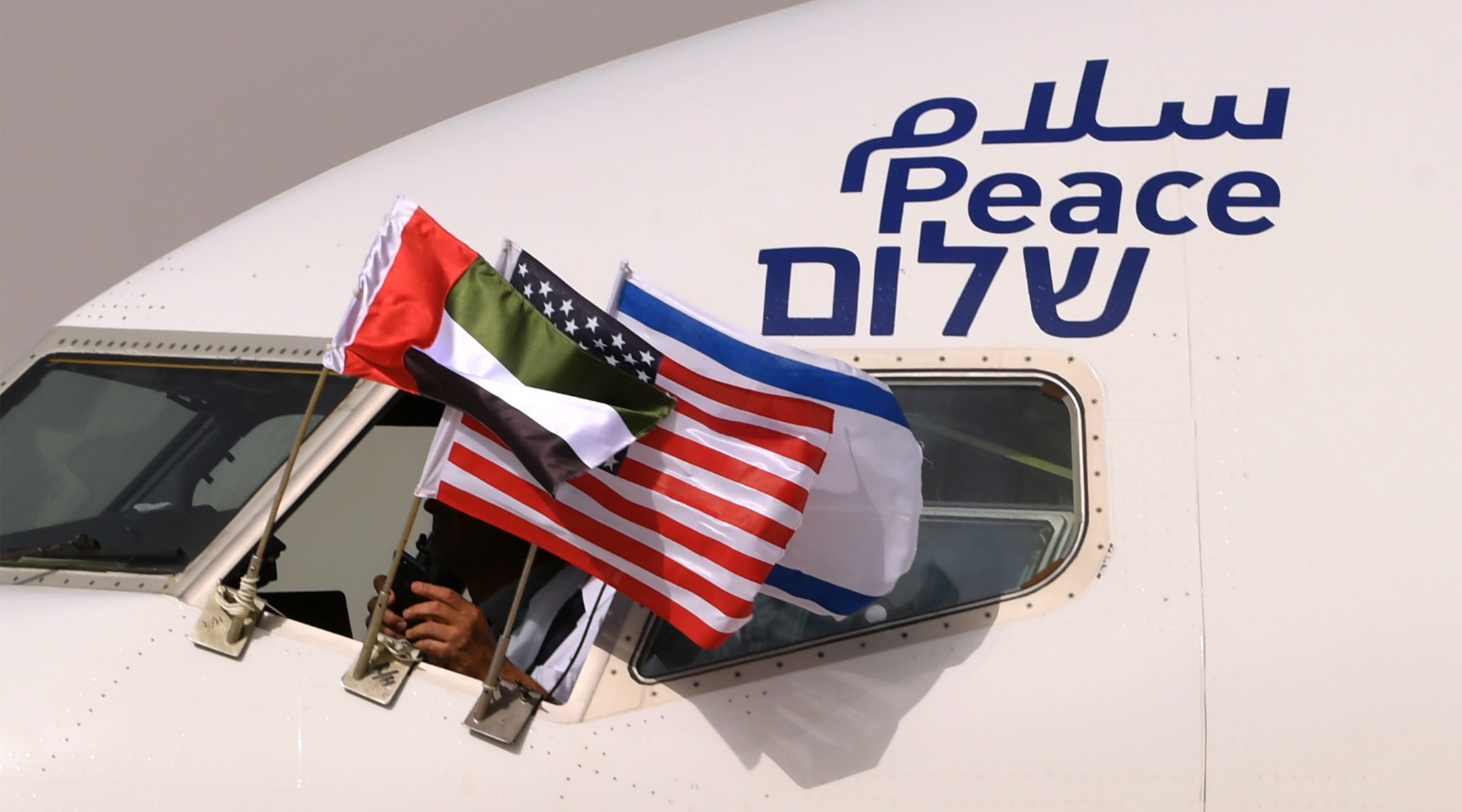 The trip was announced by Bennett’s office just a few hours before he flew to the Gulf country Sunday. Bennett was greeted upon his arrival by the UAE’s Foreign Minister Abdullah bin Zayed and stayed overnight before meeting with the Crown Prince at his Abu Dhabi palace Monday.

The two leaders were expected to discuss shared interests around Iran and economic cooperation among other issues. The visit comes as both Israel and the Emirates have expressed concerns about Iran’s nuclear program, and over a year after the countries signed the Abraham Accords and began diplomatic relations.

According to WAM, a state news agency in the UAE, Bennet said Israelis and Emiratis were “neighbors and cousins” and “the grandchildren of Prophet Abraham.”

“The relations between the two countries have strengthened in all fields, and I am very satisfied with that, as many cooperation agreements were concluded in the fields of trade, research and development, and cyber security, health, education, aviation and more, and I look forward to the continued development and consolidation of relations,” Bennett told WAM.