More than $6.3 million raised for victims of Pittsburgh synagogue attack 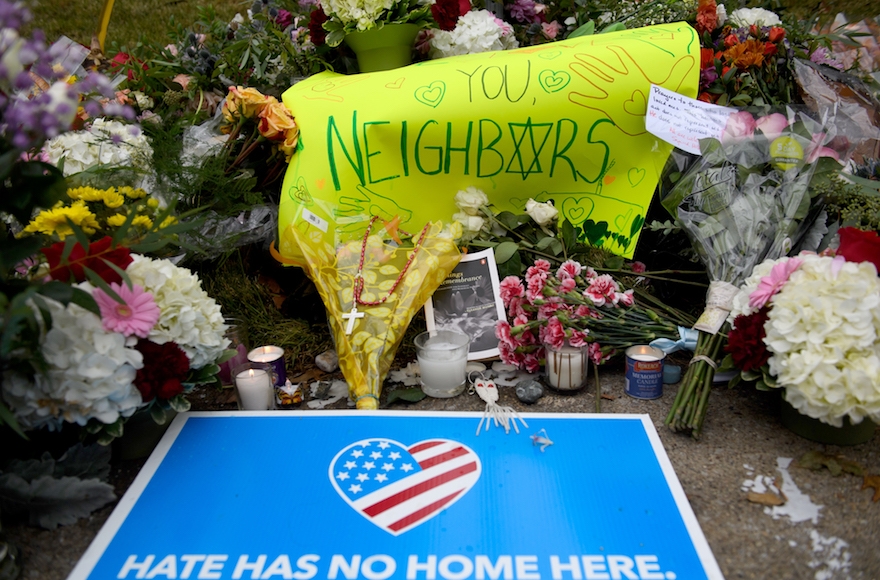 (JTA) — Thousands of givers have opened their hearts to those affected by the Pittsburgh synagogue shooting, donating more than $6.3 million to a fund for their benefit set up by the local Jewish federation.

The bulk of the money, nearly $4.4 million, from the Victims of Terror Fund will go to the families of the 11 worshippers killed and others injured in the Oct. 27 attack by a lone gunman at the Tree of Life complex during Shabbat services, the Jewish Federation of Greater Pittsburgh said in a report released Tuesday. The report was written by an independent committee.

Some $500,000 was set aside for injured police officers, who also will benefit from other funds set up for them outside of the Jewish community.

The federation fund closed at the end of February with more than 8,500 donors — people, companies and organizations — from across 48 states and at least eight countries.

The overall figure does not include more than $3 million in grants from 25 organizations and foundations in Pittsburgh and around the world that were earmarked by donors for communal recovery. Another $1.5 million outside the fund was earmarked for enhanced security for the Jewish community.

Some of the larger donations in the fund were produced by fundraising efforts and collections organized by others, but it has been estimated that there were more than 50,000 individual donors who contributed directly and indirectly to the fund, according to the report.

In total, more than $5.3 million will be distributed as compassion payments to those most directly affected by the attack — the families of the slain  worshippers, the two worshippers who were shot and injured in the attack, individuals trapped inside the building and some people who were outside the building but traumatized, and the injured police officers.

Another $650,000 will go to the three congregations that met in the building on the day of the attack, with $450,000 going to the Tree of Life*Or L’Simcha Congregation for building reconstruction. Some $300,000 also has been set aside for memorializing and commemorating the tragedy, as well as an education effort.

“It is impossible to imagine that this community could move forward without honoring the individual victims, without memorializing this tragedy to help ensure that nothing like it ever is repeated, and without addressing the hateful, anti-Semitic roots of these killings through the power of education,” the report said.

The decisions on how to distribute the money came from an independent committee that consulted with leaders of the congregations, law firms providing pro bono assistance and experts in distributions from victim funds. The committee met with the victims’ families and consulted directly with individuals involved in recoveries from the 2012 Aurora, Colorado, movie theater shooting and the 2015 massacre at the Mother Emanuel AME Church in Charleston, South Carolina.

The gunman, Robert Bowers, was armed with an AR-15 and three handguns and allegedly yelled “I want to kill all Jews” during the attack. Federal prosecutors reportedly are seeking approval to pursue the death penalty. He has been indicted on more than 60 charges, including 13 for hate crimes.