Moe Berg, catcher who became a spy, gets an exhibit in Baseball Hall of Fame 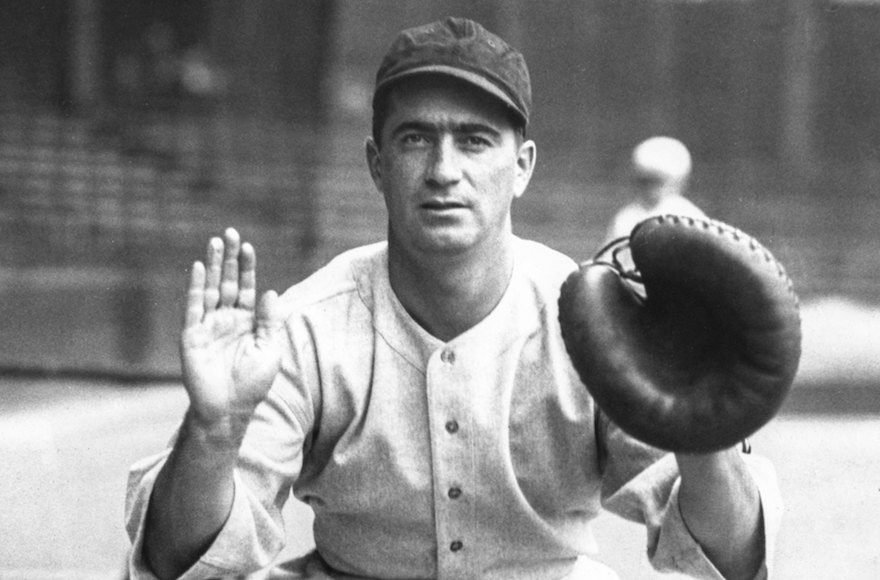 (JTA) — Moe Berg is going into the Baseball Hall of Fame – as a spy, not a catcher.

The shrine to the national pastime in Cooperstown, New York, recently opened an exhibit on the Jewish player, who gained more attention for his espionage than a 15-year career in which he finished with a batting average of .243 and six home runs.

Berg, following his baseball days in the 1920s and ’30s, worked for the Office of Strategic Services, or OSS — a precursor to the CIA. He went on missions in then-Yugoslavia, where he tracked resistance groups, and Italy, where he interviewed physicists about the German nuclear program.

The Cooperstown exhibit, titled “Moe Berg: Big League Spy,” looks at his exploits in both worlds through baseball artifacts and wartime documents.

A New Yorker who spoke more than 10 languages (seven fluently) and graduated from Princeton, Berg was the subject of  the film “The Catcher Was a Spy,” released in June. Jewish actor Paul Rudd portrayed Berg, who died in 1972 at 70.

The post Moe Berg, catcher who became a spy, gets an exhibit in Baseball Hall of Fame appeared first on Jewish Telegraphic Agency.