On the top floor of SAR Academy in Riverdale, New York, a group of students at the Jewish day school gather for morning prayers. After the recitation of the first blessings, they sit quietly for five minutes in perfect stillness, backs erect and feet planted firmly on the floor, drawing attention to their breath and observing their thoughts arise.

Later, during the formal Jewish call to prayer known as the Barekhu, they are told to assume a mountain pose — a standing yoga posture with the spine upright and hands fully extended downward — before performing the traditional bow. When the service arrives at the Shema prayer, the central declaration of Jewish faith in one God, they are offered a series of intentions on which to meditate. Sometimes the group chants the Shema repeatedly in a call-and-response style.

This is the meditation minyan, an alternative prayer service at the Modern Orthodox school run for five years by Rabbi Hillel Broder, now the principal of the Hebrew Academy of Long Beach in New York.

Launched as part of a broader effort by SAR to inspire a deeper connection to prayer, the meditation minyan is one of several alternatives to the traditional daily prayer service offered by the school.

“I always felt there was a tremendous amount lacking in prayer education,” Broder said. “Students had opportunities for self-expression or for song or for movement earlier in the Jewish day school system. But by the time they get to high school, a lot of prayer education has to do with learning the language and choreography, but not the spirit of the prayers. That for me felt developmentally stunting.”

Broder is not alone. Most Jewish day schools include mandatory prayer as part of the daily schedule and, in principle, are committed to inspiring regular prayer as a lifelong religious practice.

But many educators acknowledge that they struggle to make that a reality. So they are experimenting with all kinds of alternative approaches — including yoga, music and writing assignments — in an effort to do better.

“Most educators would say it’s one of the most challenging dimensions of the day school experience,” said Alex Pomson, a consultant who has studied Jewish day schools. “If you spend enough time in day schools, invariably prayer surfaces as some piece of the overall cultural experience and as a challenging thing to do well.”

At Pressman Academy, a Conservative Jewish day school in Los Angeles, students approach prayer differently each day. One day there’s a traditional service. On another, students focus on learning the Shabbat prayers. One day features a bar or bat mitzvah celebration. 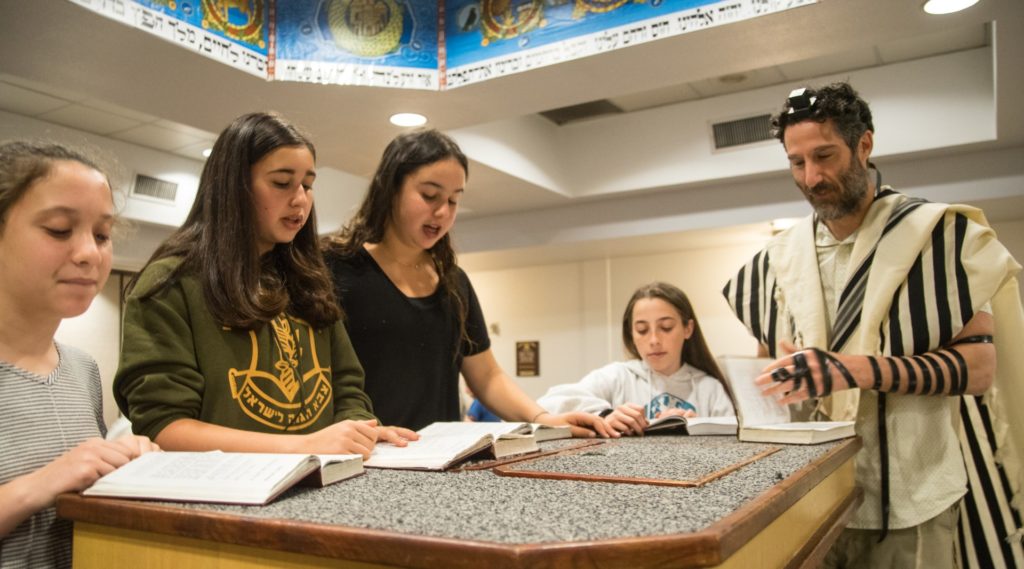 On one day, the school offers prayer electives that have included yoga, music and even a doubter’s minyan, in which students can pause the service to discuss whether they believe the particular claims made in the liturgy.

At The Leffell School, formerly known as Schechter Westchester and located in the suburbs of New York, alternative prayer options include a yoga minyan, an a cappella minyan where students practice choral arrangements to be sung around the school, a meditation minyan and an artists’ minyan, where students work on visual projects highlighting themes from the siddur, or prayer book.

Teaching the basic mechanics of Jewish prayer generally is considered much easier than fostering a meaningful connection with it — an objective that eludes even many committed adults. But the fundamentals of prayer also must be taught, and schools are earmarking time for that, too.

At Hillel Torah, a Modern Orthodox day school near Chicago, principal Menachem Linzer leads a multiweek workshop every year in which he teaches prayer nusach, the Hebrew term denoting the particular melodies traditionally employed for different parts of the service. Then the students are placed on a rotation to ensure that each one has a chance to lead the service.

In the past, the school did this informally, but the result was that kids who didn’t enjoy it were able to avoid leading services. Now everyone gets a turn, and though some students struggle with the tunes or the unfamiliar Hebrew, Linzer says the challenge is worth it to develop lifelong prayer skills. 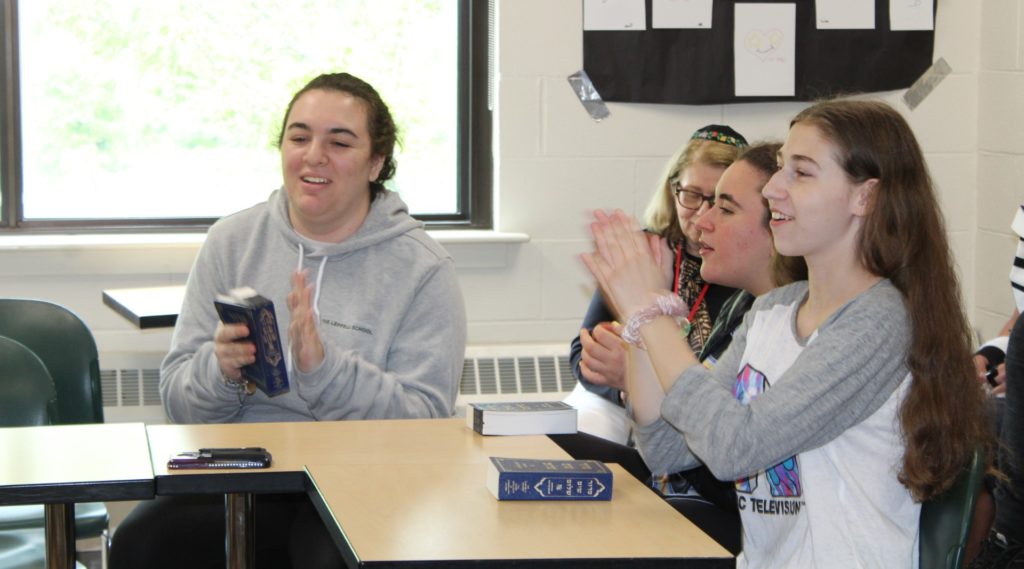 At the a cappella minyan at The Leffell School, students learn musical arrangements related to prayer that they can then perform for the school. (Marcie Gandell)

“Prayer is fairly abstract,” Linzer said. “It’s a challenge for adults. It’s not an easy thing. So the more kids are involved in a hands-on way, the more engaged they are.”

At SAR, Broder’s minyan was among a number of alternatives offered to the traditional service. Others included a women-only service, an explanatory service (where students took time to study the prayers in depth) and a student-run service.

“There’s a general sense of the humdrum of daily prayer, a feeling like kids were going about it with a certain obligatory sense but not in a kind of ideal, inspired sense,” said Rabbi Jonathan Kroll, SAR’s principal, who ran an alternative prayer service that focused on current events. “We were trying to figure out ways in which we could spark a little more enthusiasm and inspiration.”

In Broder’s case, students weren’t just learning skills for prayer but for life. After leading the meditation minyan for a time, students began to request periods of mindfulness in their classes as well.