Michael Steinhardt sexually harassed me. I spent the next 4 years trying to hold him accountable. 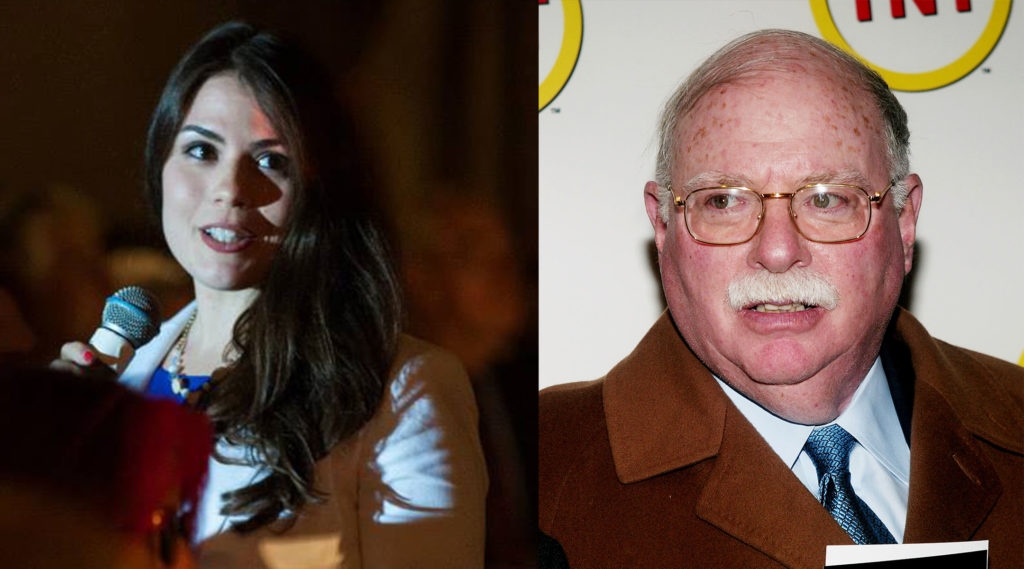 Despite what Steinhardt told The New York Jewish Week, The New York Times or issued in a public statement last week – that this sort of behavior is just part of his “schtick,” as he put it — none of this is a joke. It’s sexual harassment.

My nearly four-year struggle to hold Steinhardt accountable for his sexual harassment of me while I worked at Hillel International illustrates how powerful harassers continue to be protected, enabled and immunized, even in the #MeToo era.

By most measures, I did all the “right” things after being targeted. I reported Steinhardt’s conduct to my supervisor immediately, participated in an investigation and had my account confirmed by its findings. I am grateful that Hillel International took on the responsibility to pursue an investigation into someone as powerful as Steinhardt, yet in the face of proven harassment, my community and Steinhardt himself have taken no real responsibility for behavior that has been an open secret for decades. Instead, at nearly every turn in this experience, the profound humiliation of sexual harassment has been dismissed as harmless banter.

“Just words,” as Steinhardt has stated publicly; “teasing,” according to Charles Bronfman. As one person put it, “at least he’s not Harvey Weinstein.” Is it any wonder that Steinhardt declared himself “the King of Israel” when he sexually propositioned me, surrounded by people who reinforce the idea that his words can do no wrong?

Words matter — under the law and the values of Judaism — and pretending otherwise is a tactic to shame victims into silence. Sexual harassment is extraordinarily stressful, impacting victims’ professional development, emotional well-being, physical health, personal relationships and sometimes their entire career path.

Negative effects can last far past the harassment itself. In my case, stress and anxiety were magnified by an individual who shared my story with the press, by others who revealed my identity to co-workers and a handful of people who belittled my experience, writing it off as “part of the job.” The horror of sexual assault should not erase the very real harm of verbal harassment, and no one should be forced to accept sexual propositions and objectification as part of their job.

If Harvey Weinstein – and rape – are our only standard for what constitutes inappropriate sexual behavior, then we’ve got a serious problem. Collective behavior that allows harassers to get a pass because their behavior does not become physical enables the type of humiliation and abuse women are expected to endure. And collective voices that write off such behavior as mere jokes enforce the erroneous idea that women are simply complaining about behavior they should be brushing off.

The uncomfortable fact is that Steinhardt is not an anomaly.

Others, like Professor Steven M. Cohen, former Israeli government spokesman David Keyes and journalist Ari Shavit, have abused their positions to target women. Whether they have verbally harassed women like Steinhardt or been accused of physical acts like the others, harassers must be held responsible and face consequences for their actions. But we also must look into the collective mirror and confront how our Jewish institutions have been complicit in harassment and can do more to be safe places for all of us.

If we want to build a culture in which sexual harassment and assault are unthinkable, the responsibility cannot be placed solely on those who experience it and are most vulnerable in coming forward. Witnesses, bystanders and leaders each must take unpleasant risks to deter and confront sexual harassment so that victims and survivors do not have to.

When harassment comes from powerful people who are writing the check, there must be no hesitation about publicly acknowledging wrongdoing and no effort made to sweep things under the rug. And when faced with donors who abuse their power at the expense of employees’ dignity and well-being, values-based institutions, including faith-based organizations, must be willing to pay a literal price. After all, choosing between a grant or endowment and the safety of employees is no real choice if we take our moral duties seriously. I am worth more. We are worth more.

It’s time to put an end to the open secrets about certain people in power. It’s time to stop dismissing abusive men as “just part of another generation.” And it’s long past time for our Jewish institutions to implement systems to deal with harassment and abuse when they occur.

As part of the Safety Respect Equity Coalition, Hillel International has implemented new systems for reporting harassment, training for all supervisors so they know how to respond if harassment is reported and prevention training. We must do the work to change organizational culture and prevent anyone from experiencing what I and so many others have endured.

Only when we all do that – when we choose to honor every person’s dignity over some people’s deep pockets – will our collective action and voices become louder than the few who behave so atrociously. And only then will individuals lose their power to prey on members of the very communities they claim to serve.