Meet the Korean-American woman who leads the Jewish Renewal movement 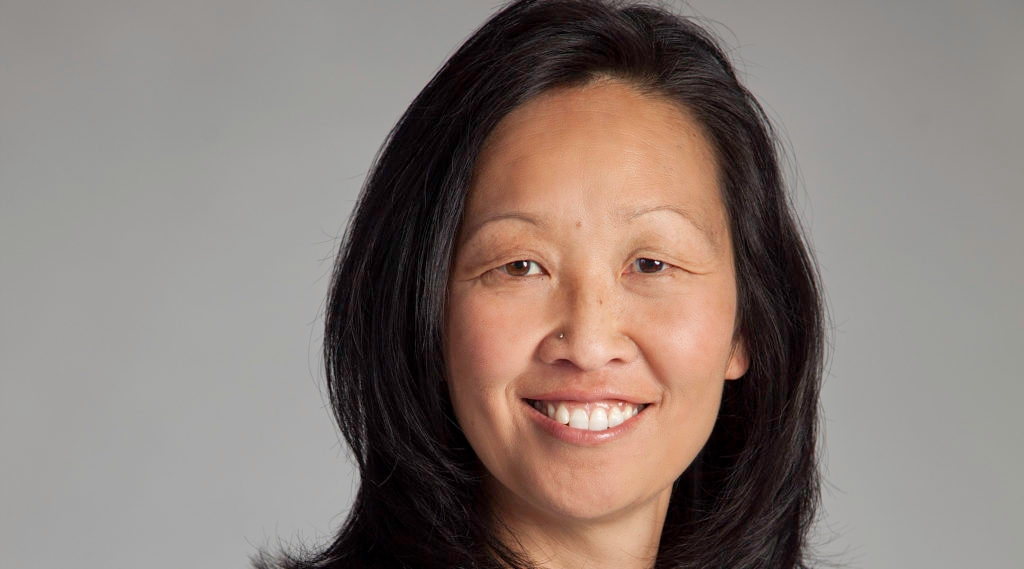 (JTA) — SooJi Min-Maranda rarely sees other Jewish people who look like her.

“I often feel very isolated as a Jew of color living in the Midwest,” she said.

Min-Maranda, who lives in Ann Arbor, Michigan, with her husband and two children, was born in Korea but moved with her family to the United States at the age of 3.

In her role as executive director of ALEPH: Alliance for Jewish Renewal, she may be the most visible person of color leading a Jewish religious organization. Though 11 percent of American Jews do not identify as white, according to the Steinhardt Social Research Institute’s American Jewish Population Project, there are few people of color in visible leadership roles in the community.

“At my positional level, I don’t have peers,” Min-Maranda, 49, told the Jewish Telegraphic Agency in a phone interview last week.

Min-Maranda, who has been leading ALEPH for a little over a year, wants to both increase the number of Jews of color that lead Jewish organizations and raise awareness in the wider community about Jews of different backgrounds.

She recently participated in the #ShareHerStory campaign, an initiative by the Jewish Multiracial Network, Jewish Women’s Archive and Repair the World to amplify the voices of Jewish women of color. Min-Maranda was one of 10 Jewish women whose stories were highlighted as part of the Purim campaign.

“I am a very strong believer in the power of telling stories,” said Min-Maranda, noting that as part of her conversion she adopted the name Seeprah, the feminine singular form of the Hebrew verb meaning “to tell.”

“The power of the story to humanize and bring people together at a very intimate level is extraordinarily powerful,” she said. “So I think the idea of sharing stories reduces barriers and increases connectedness.”

At ALEPH, Min-Maranda is working on a range of projects, including engaging people who may not know about Jewish Renewal, developing the next generation of Jewish leaders, creating a dual narrative training about Israel and the Palestinians for its rabbinical students and finding ways to welcome Jews of color.

Jewish Renewal emerged in the late 1960s and ’70s as the counterculture movement was at its peak. Its draws on Hasidic and Kabbalistic teachings and music, centering those philosophies and practices within a progressive framework. ALEPH lists 52 organizations, individuals and synagogues in its directory of Jewish Renewal communities.

The movement describes itself as combining “the socially progressive values of egalitarianism, the joy of Hasidism, the informed do-it-yourself spirit of the havurah movement, and the accumulated wisdom of centuries of tradition.” Jewish Renewal emerged from the havurah movement, independent prayer and study groups that were lay-led and provided an intimate alternative to the more hierarchical synagogue structure.

Prior to working at ALEPH, Min-Maranda served as the director of Temple Beth Emeth, a Reform congregation in Ann Arbor. Previously she served as executive director of the Illinois Caucus for Adolescent Health, a nonprofit that focuses on adolescent sexual health and parenting, and the Korean American Community Service in Chicago, which provides social services to the local Korean and Latino immigrant communities.

Growing up, Min-Maranda’s family was not religious. She learned about Judaism in her late 20s when she started attending lectures about Judaism  with someone she was dating at the time.

The lessons she learned resonated deeply and a few years later she went through a formal conversation at a Reform synagogue in Chicago.

Since then, Min-Maranda has found new ways of making Judaism her own by incorporating different philosophies that complement her practice, including meditation and yoga.

Making Jewish Renewal an inclusive movement is crucial to Min-Maranda.

She remembers the challenges of applying for her first executive-level jobs in the Jewish community about a decade ago before starting as the director of Temple Beth Emeth. She said she faced resistance both due to her race and the fact that her husband is not Jewish, as well as not having grown up in and working in the Jewish community.

“I had a lot of management experience obviously, but I didn’t grow up in a JCC, I didn’t run summer camps, I didn’t do youth groups,” Min-Maranda said. “I didn’t have all the normal resume for a traditional Jewish professional. I wasn’t welcomed with open arms. I faced a lot of resistance.”

Though she initially became Jewish through the Reform movement, she believes the Jewish Renewal is the only place she can fully embrace all her identities openly.

“I am in and part of multiple identities simultaneously, and that’s what ALEPH has room for,” she said. “It’s the first place that I feel has the possibility of allowing me to be fully myself. We’re not there yet, but the possibility is there.”