Meet the Jewish world champion of Magic: The Gathering

(JTA) — There’s a good chance that right now, Nathan Steuer is playing, or thinking about playing, Magic: The Gathering. The trading card game, which Steuer used to play with friends at Jewish summer camp, has become the 20-year-old Berkeley native’s lifelong passion and full-time job.

Steuer — who had a bar mitzvah in addition to attending the Union for Reform Judaism’s Camp Newman in Santa Rosa, California — competes in online tournaments every weekend for about 12 hours each on Saturdays and Sundays. He spends hours preparing and studying strategy, and also coaches other players in his spare time. He’s even currently taking a year off from his studies at the University of California, Santa Cruz, in order to focus on the game.

The obsession paid off when Steuer won the Magic World Championship on Oct. 30 in Las Vegas, beating the 31 other best players from across the globe.

“It felt honestly surreal, like a dream,” Steuer told the Jewish Telegraphic Agency in an interview this week.

He sounds very measured and reserved on the phone, and he thinks that calmness helps his game.

“When you’re playing versus such high-level players in a world championship setting, a lot of your edges in terms of trying to win a greater amount come from keeping a really level-headed approach to each game, and making sure to essentially not let nerves affect you,” Steuer explained.

For the uninitiated, in “Magic,” as it is colloquially known, each player inhabits the role of a “Planeswalker,” a wizard who can traverse dimensions to battle others in turn-based combat using spells. The game, which hit the market in 1993, often draws comparisons to predecessor Dungeons & Dragons, and can now be played both online and with physical cards. It has been played by tens of millions of people worldwide. 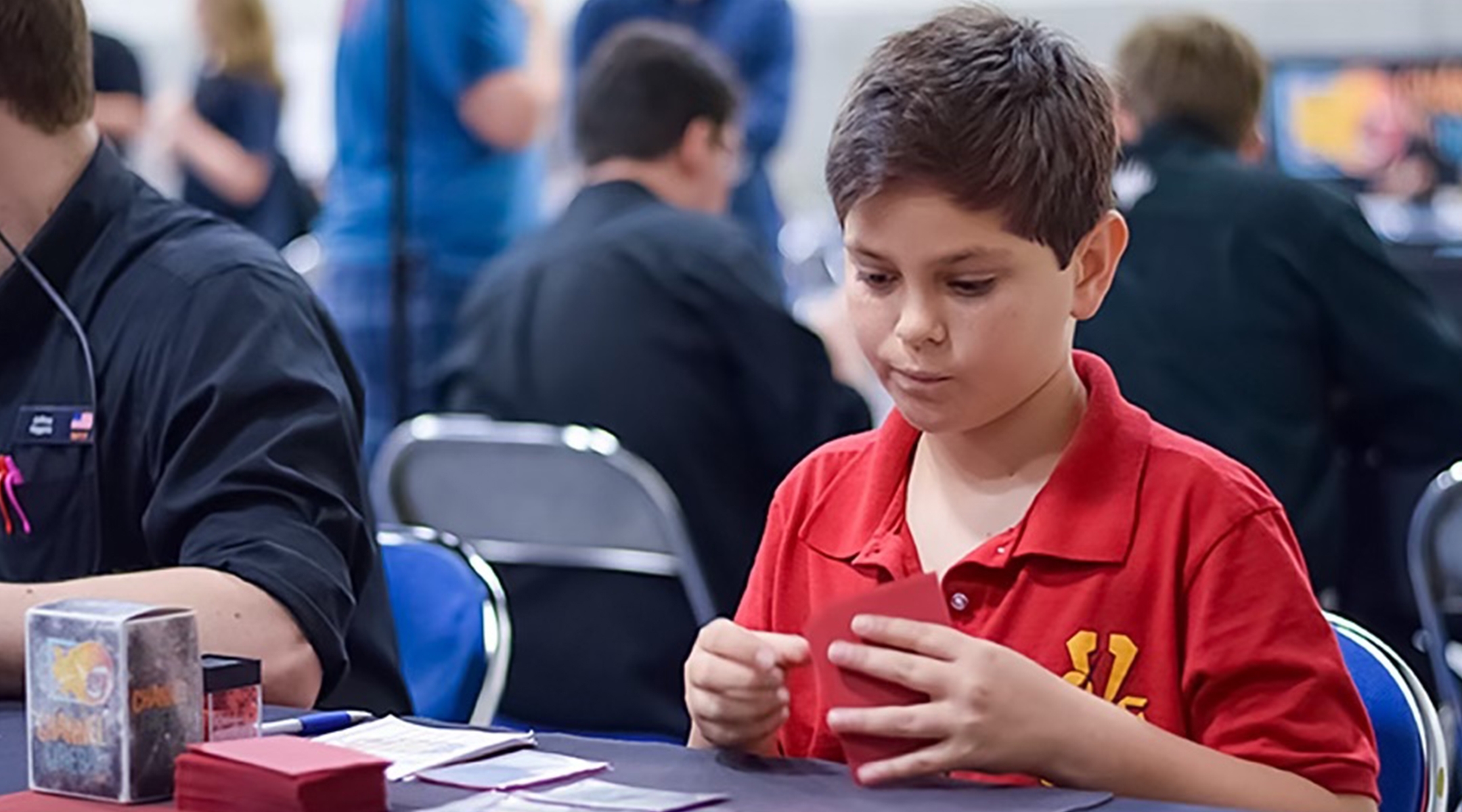 After the onset of the pandemic, the game largely transitioned online, especially for serious players. There’s an entire Pro Tour of players who compete in highly-competitive, international tournaments.

The World Championship comes with the hefty prize of $100,000 — but as a true Magic purist, Steuer is even more excited about the other part of the winnings: the opportunity to design his own Magic card with a fantasy illustration of himself that will be released in future decks.

“The prize money is awesome. But having that opportunity is really fantastic,” he said.

Steuer grew up attending synagogue every week for Shabbat services and religious school, an experience he remembers fondly.

“I really enjoyed getting to do that with my family, and having that experience was super meaningful, probably from when I was four to around the time of my bar mitzvah,” he said.

But even though he played Magic at Jewish camp, Steuer said he hasn’t felt much overlap lately in those two aspects of his life.

It’s possible to earn a living as a Magic player: According to the official Magic site, around 150 players have amassed at least $100,000 career earnings, with the top player cracking $1 million. Steuer isn’t sure what his future holds, but for the time being, he’s devoted to his favorite game.

“I decided to transition and see how far this career could take me because it had been probably my biggest passion growing up, I never stopped,” Steuer said. “And so once I saw the opportunity, I decided to pursue it and see it through.”

Going forward, Steuer said he will work to defend his world title at next year’s championship. He’s also interested in the behind-the-scenes aspects of the game he loves, such as designing cards.

“Winning gave me that feeling that I have a lot that I can conquer outside of playing Magic if I set my mind to something, and I think it gave me a firm grasp that I can figure out my own path to success, whether it’s Magic or another pursuit.”