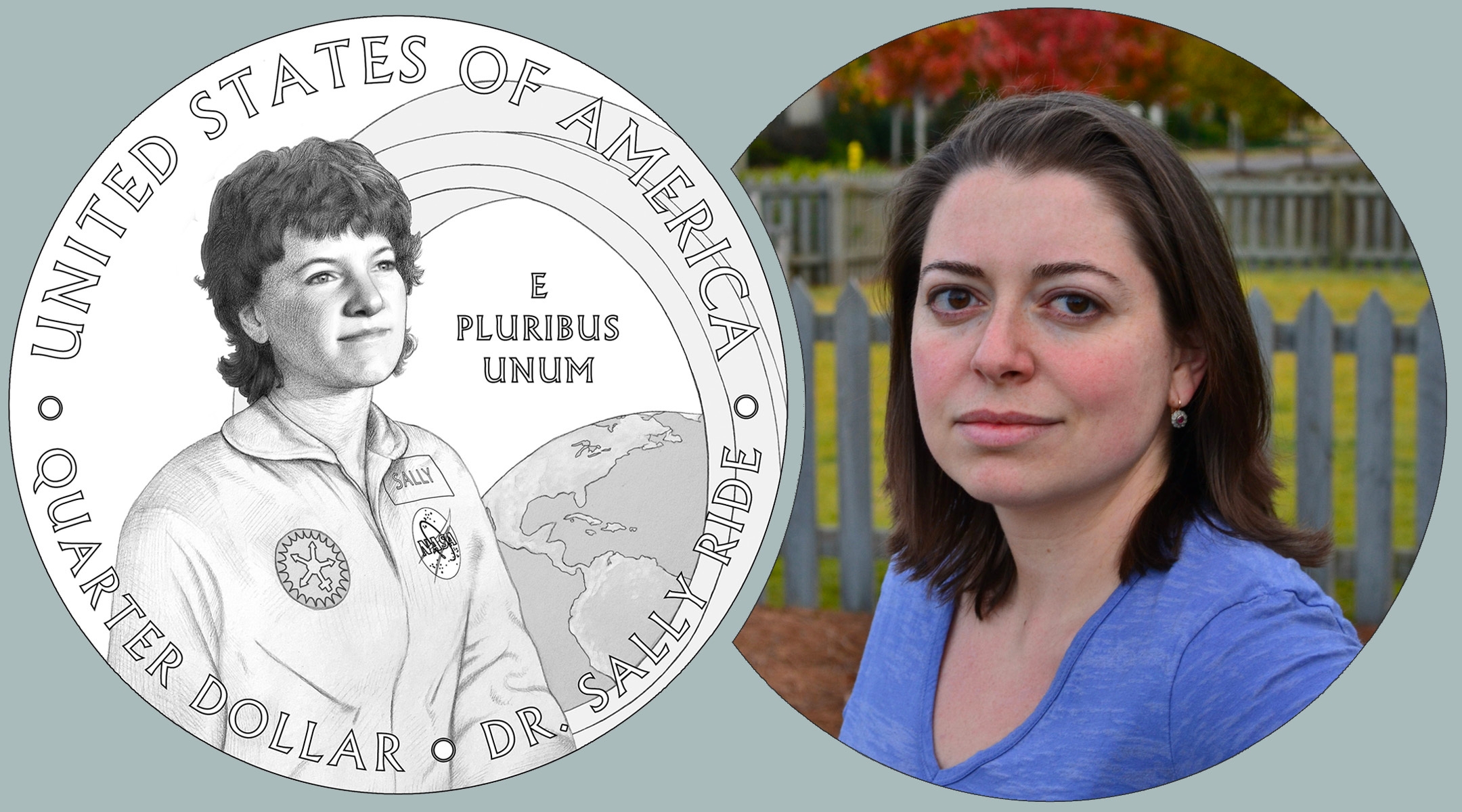 (JTA) — Some Jews might resent filling the role of representative Jew in communities across the country without many fellow members of the tribe. But not Elana Hagler.

When it came time for the annual Christmas assembly at her children’s school, the professor of art at Alabama State University gave her children plenty of gelt, the foil-wrapped chocolate coins used when playing dreidel on Hanukkah, to distribute to the other children.

Was she worried about the way that Jews handing out gold coins would look, given the longstanding antisemitic stereotypes about Jews and money? Not really. She found it funny.

“Somehow it becomes even that much more amusing and ironic that what does their mom do? She sits around and designs the coins, the gelt,” Hagler said.

Hagler is likely the first ever Israeli-born artist to design coins for the U.S. Mint through its Artist Infusion Program, which she joined in 2019. In 2020, Hagler designed the George H.W. Bush presidential $1 coin. In 2022, the Mint will produce a coin honoring Sally Ride, an astronaut and the first American woman to go to space, with a design by Hagler as part of the American Women Quarters series. Ride will be the first known LGBT person to be honored on a U.S. coin.

While Hagler usually works on a much larger scale than the surface of a coin, she enjoys the challenge involved in designing coins.

“It’s a sort of painstaking process of problem solving and art for me is also about problem solving … and this time, it’s problem solving in a different very challenging material and on a tiny little canvas and trying to say extremely big things in a very tiny space,” Hagler said.

We spoke to Hagler, who emphasized that she was not speaking on behalf of the U.S. Mint, about how she creates coins, which American Jew she would like to see honored on one and how her surprising side gig connects to her family history.

JTA: How did you come to create this coin design for Sally Ride?

Hagler: Well, the assignments come to us either from within the Mint that are either created internally there, or very often they’re products of an act of Congress, as is the case with the American Women Quarters program, which is what this is. So with the Sally Ride design, as with all the other designs that I’ve been working on, the Mint provides us with a good amount of background information as a starting point and then I go much deeper with my own research and I really try to get to know the person or the concept as deeply as I possibly can. After we submit the designs, they go through a number of stages of review — we get feedback, and we make adjustments. And then specific designs are reviewed and recommended by two committees. So there’s the Commission of Fine Arts or the CFA and the Citizens Coinage Advisory Committee or the CCAC. And then ultimately, a selection is made by the Secretary of the Treasury, which in this case was Janet Yellen.

What kind of research do you do when working on a coin?

I looked through hundreds of photos of her and watched videos of her both from footage taken from around the time of the launches, as well as later in life when she was giving talks about her experiences. I read about her biography, and I read her own words about her experiences. And all this was with the goal of getting an idea of what kind of an image would both honor what she valued and tell an essential story about her on this tiny little canvas.

From my research, it looks like the U.S. Mint has never created a coin with an image of a Jewish American on it. Is that something you’d like to change?

So I looked into that. And in 2015, the March of Dimes Silver Dollar was issued, which is a commemorative coin, so not a circulating coin. It features a profile of Jewish American Dr. Jonas Salk, who developed one of the first polio vaccines, but it’s not on a circulating coin. More recently, Dr. Salk and another Jewish American were honored on U.S. coins in the American innovation $1 coin series — Dr. Salk for the polio vaccine and Ralph Baer, who invented the prototype for home video game consoles, but neither of their likenesses appears on those coins.

Would I be interested in [creating more coins featuring Jewish Americans]? 100%. Of course, I would. You know, I’m very proud of being a member of the tribe. I’m proud of the accomplishments of the Jewish people.

If you had to choose one American Jew to feature on a U.S. coin, who would it be?

After much consideration, if I could design a coin featuring any Jewish American, it would be poet Emma Lazarus. Again, there are so many good and meaningful choices of American Jews who have made profound and astounding contributions to our country and to the world.

How do you think about the strangeness of being a Jew who’s working on designing coins what with all the antisemitic stereotypes about Jews and money?

So my maiden name is Pelman. And that name was actually a name that one of my ancestors took on because he was running from the authorities in Eastern Europe. Because he was a counterfeiter — he made fake money. Apparently it worked because he survived and reproduced and here I am. But I feel like, in a way, maybe I’m coming full circle with that ancestor’s story and maybe redeeming him by designing actually legitimate currency.

And I wanted to tell you one more story about my family that’s a very different story than the one that I just told, which is that I come from, on my mother’s side, a really long line of Torah scribes going all the way back to the Baal Shem Tov [the 18th century founder of Hasidic Judaism]. So if you think of the kind of work that they do, and how incredibly exacting it is –if you mess up one letter, it’s not a kosher scroll — I think those kinds of skills over the generations definitely affect what I do. And sometimes when I’m poring over my designs and trying to make them make them worthy of the people and the concepts I’m trying to depict, I think about all those ancestors bent over their tables in their holy pursuits and I feel the connection.