Mark Talisman, champion of key law in fight for Soviet Jewry, is dead at 78 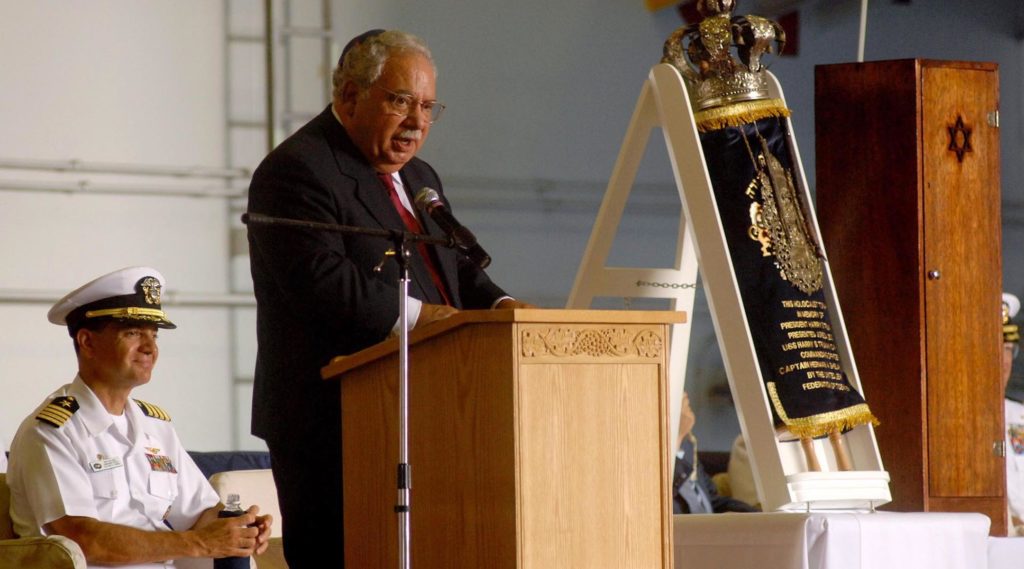 (JTA) — Mark Talisman, who as an aide to an Ohio congressman helped write and muster support for a key measure in the fight to free Soviet Jewry and went on to devote himself to Jewish advocacy and historical memory, has died. He would have been 79 next week.

His death was announced on Facebook by his daughter Jessica Talisman, who said he passed away unexpectedly Thursday at his home in Chevy Chase, Maryland.

From 1963 to 1975, Talisman served as chief of staff to Rep. Charles Vanik, a Democrat from Cleveland. In 1972, Vanik introduced a bill, based on a challenge by Sen. Henry Jackson, D-Wash., that would tie U.S. trade relations to a country’s emigration policy. The Jackson-Vanik amendment, as it came to be known, was targeted directly at the Soviet Union and its persecution of Jews who were neither allowed to practice their religion nor leave the country.

According to Gal Beckerman’s history of the Soviet Jewry movement, “When They Come for Us We’ll Be Gone,” Talisman spent 10 days in January 1973 “calling all 435 representatives’ offices, sometimes speaking with members dozens of times before they added their name to the growing list of cosponsors.” Combined with the work of grassroots Soviet Jewry groups, that built momentum — over the objections of the Nixon administration — for a bill that would pass into law in 1974 and be signed by President Gerald Ford in 1975.

“For the first time,” Beckerman wrote in his history, “the direction of the Cold War and of American foreign policy hinged as much on ethical and human rights questions as it did the arms race.”

In 1975, Talisman created the Washington Action Office for the Council of Jewish Federations of North America and served as its director for 18 years.

William Daroff, the current director of what is now the Washington office of the Jewish Federations of North America, remembered Talisman as “a force of nature who devoted his life to making the world a better place.”

“He schooled many on the Commission and the Council in the ways of Washington at a time when the leadership was often novice to their task,” Michael Berenbaum, who served as project director for the museum, recalled in an email. “He offered wise counsel and kept the project moving. He was an unsung hero in the creation of the United States Holocaust Memorial Museum.”

In 1983, Talisman and his wife, Jill, created the Project Judaica Foundation, a nonprofit supporting efforts to rescue and exhibit historic or threatened Judaica. Berenbaum said Talisman was instrumental in bringing a landmark exhibit of Judaica to the Smithsonian Institution and other U.S. museums in 1983. “Precious Legacy: Judaic Treasures from the Czechoslovak State Collections” represented Judaica stolen by the Nazis and shipped to Prague, where it was to serve as the basis for a Museum to the Extinct Race.

Talisman earned bachelor’s and master’s degrees from Harvard University. While growing up in Ohio, he and his family were members of Temple Emanu El, then in University Heights and now in Orange.

In a tribute to Ford written in 2007 for the Cleveland Jewish News, Talisman recalled that when it came time for the president to sign Jackson-Vanik into law, Jill Talisman was in labor with their daughter at a Washington hospital. Ford delayed the ceremony and dispatched a car to bring Talisman to the White House.

In the same essay, Talisman also described the impact of the legislation that he helped to midwife.

“While the amendment did little, initially, to help Soviet Jewry, by the late 1980s, Soviet leader Mikhail Gorbachev agreed to comply with its protocols,” he wrote. “Since then, hundreds of thousands of Soviet refugees (Jews, evangelical Christians and Catholics) have immigrated to the US, and more than one million Soviet Jews have immigrated to Israel. Soviet Jews, representing a fifth of all Israelis today, have markedly changed the face of the Jewish state.”

In addition to his wife and daughter, he is survived by a son, Raphael.