Lily Widner, 97, survived the Holocaust and much more. Why does Poland say she’s dead? 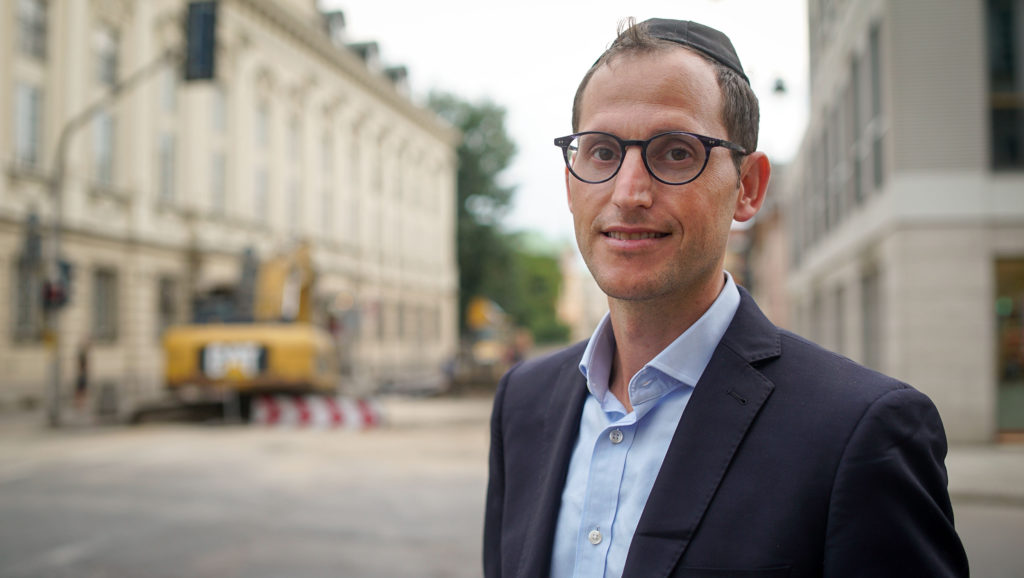 (JTA) — Lily Widner has cheated death too many times to remember each close call.

The 97-year-old Jewish Floridian survived starvation in the ghetto of her native Polish city of Lodz, two Nazi death camps and one of humanity’s worst aerial bombardments.

By the end of World War II, she was the sole living member of her nuclear family of six.

Widner’s remarkable ability to survive is one reason that her family was outraged to learn recently that Polish authorities in 2010 issued a death certificate for her. She not only is alive but actively fighting in Polish courts for restitution of her family’s assets in Lodz.

After issuing the death certificate, authorities also declared that Widner has no heirs, voiding her restitution claims. This despite the fact that she has a son whose existence was made known to Polish authorities, documents seen by JTA indicate.

“I think it’s a travesty,” Mark Widner, Lily’s son, told JTA about the curious pronouncement of his mother’s death by Lodz city authorities. “I don’t think it was an honest mistake.” He cited an ongoing restitution trial that dates back to decades-long efforts by his mother to retrieve family property.

The City of Lodz and Poland’s Interior Ministry have not replied to JTA’s requests for comment on the case. As with many claims, part of the problem may have been that Widner, nee Miriam Goldring, had changed her name (Polish authorities have been made aware of that).

But to some activists seeking restitution for Jewish property in Poland, Widner’s case is indicative of systemic failures in the Polish restitution process. Its critics say it is Kafkaesque, ineffective and insensitive to survivors.

Widner’s case is “not atypical” of others in Poland, Gideon Taylor, the chairman of operations of the World Jewish Restitution Organization, told JTA.

“The bigger picture is that the Polish court system does not act in the interest of justice,” said Brian Kramer, a Florida-based lawyer who is representing Widner and specializes in restitution claims in Poland.

Despite pledges to compensate Holocaust survivors for property that was first stolen by the Nazis and then confiscated by Polish authorities, post-communist governments in Poland “have constantly been putting hurdles before claimants, and Mrs. Widner’s case epitomizes this,” he said.

Restitution is a painful subject across Europe, but Poland is often singled out for criticism because it is the only major country in the former communist bloc that has “not passed any comprehensive legislation to return private property confiscated by the Nazis or nationalized” by the communists, Taylor said.

Hania Rosenberg, an 84-year-old Poland-born survivor from Sweden, has been fighting for years for restitution for her family’s property in Ledziny, near Krakow. She described her fight as a “carousel.”

Even families with the required documents, like that of Yoram Sztykgold in Israel, are waiting indefinitely until Polish authorities agree to accept their claims.

It’s a policy with large-scale implications for restitution in a country that had 3.3 million Jews before the Holocaust – by far the largest Jewish population on the continent.

The magnitude of property stolen — estimated in the billions of dollars — is among the reasons that the issue of restitution is divisive and frightening to many in Poland, which is one of the European Union’s poorest nations. It also raises considerable resistance in a nation where 3 million non-Jews died in World War II and whose nationalist government defiantly rejects any notion of local culpability for the fate of Jews.

And, finally, acknowledging that Jews have a case for restitution risks setting a precedent for other populations and groups whose property was stolen, principally churches and the Polish nobility.

Notwithstanding, pressure on Poland is mounting.

Last year, President Donald Trump signed the Justice for Uncompensated Survivors Today Act, which requires the State Department to monitor the activities of European countries on the subject and report their progress to Congress.

Last year, 59 U.S. senators signed a letter protesting proposed legislation in Poland that would have made it even more difficult for most survivors to claim property. The bill eventually was withdrawn.

In 2014, 50 British lawmakers protested in a letter how “Poland stands out in its failure to fulfill – or even recognize – its responsibility to victims.”

Only six months to act

In 2016, as part of legislation that was trying to close old moribund claims in Warsaw, the municipality was required to announce that there were still pending claims, many of which dated to the immediate postwar period. This related to 2,613 properties that had been claimed in the past but where the procedure was never completed.

Once the city announces a claim’s reopening, claimants have only six months to act. Taylor of the Claims Conference says it’s an unreasonably short period of time for claimants and heirs to meet the requirements for original and notarized documents for assets lost decades ago to people who are often no longer alive.

Only about 300 cases have been opened, resulting in no compensation for any claimant. The city recently stopped reopening cases.

In Warsaw, some claimants now have hope of following a restitution procedure – however flawed it may be – but outside the capital “there are no means to recover property,” Taylor said, except for a handful of cases where claimants can prove that the original process of confiscation was somehow technically flawed.

That’s bad for countless claimants and for Polish-Jewish relations, which last year deteriorated because of government legislation that made it a crime to blame the Polish nation for what happened to its Jews in the Holocaust.

“For any society, not resolving major property issues and having them remain open for decades into this era, that’s not a positive place to be,” he said.

“The problem isn’t going away, and the question that Polish governments need to ask themselves is whether they want to continue having long-term ownership challenges going into the future.”