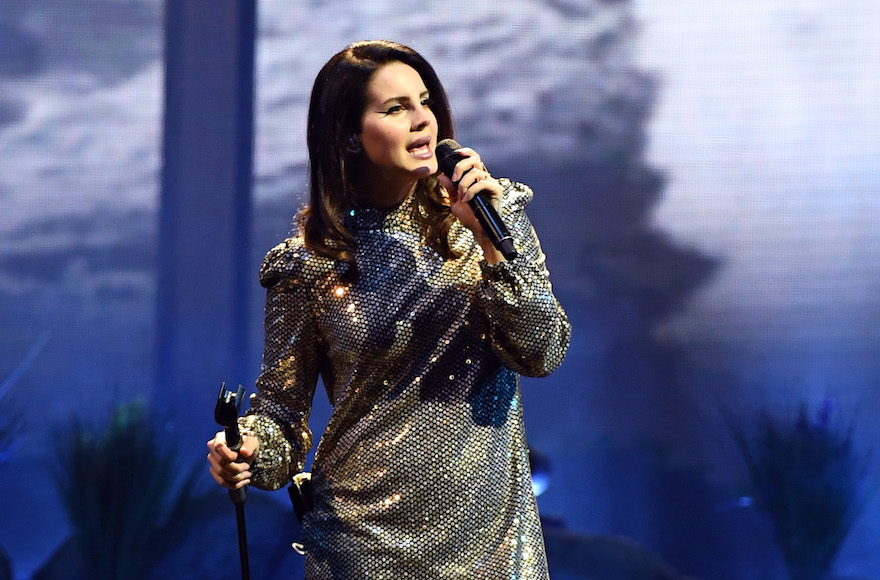 JERUSALEM (JTA) — American singer Lana Del Rey pulled out of her scheduled performance at an Israeli music festival at the last minute, saying it was because she was unable to arrange a second performance for her Palestinian fans.

Del Ray on Friday night in a tweet announced the cancellation of her performance at the Meteor Festival in the northern Israeli kibbutz of Lehavot Habashan, scheduled for Sept. 7. It would have been the artist’s first performance in Israel.

“It’s important to me to perform in both Palestine and Israel and treat all my fans equally. Unfortunately, it hasn’t been possible to line up both visits with such short notice and therefore I’m postponing g my appearance at the Meteor Festival until a time when I can schedule visits for both my Israeli and Palestinian fans, as well as hopefully other countries in the region,” she tweeted.

An announcement of the singer’s cancellation on the festival’s Facebook page said that the organizers “want to thank Lana Del Rey for choosing us to be a part of her periodic publicity stunt.”

The announcement added that dozens of other Israeli and international acts still are slated to play at the annual festival. In total, nine acts pulled out of the festival due to intervention by the BDS movement.

The Palestinian Campaign for the Academic and Cultural Boycott of Israel, tweeted in response to Del Rey’s decision: “Thank you Lana Del Rey for your principled decision to withdraw from Israel’s Meteor Festival. Palestinians hope to hear you play when Israel’s occupation and apartheid end. We urge all participating artists in the festival to respect our nonviolent picket line.”

Meanwhile organizers told Hadashot news that the proof that the singer used the festival as a publicity stunt is that Del Rey had reached out to them requesting an opportunity to perform at the Meteor Festival, and that she had never made a credible effort to organize a mirror show in the Palestinian Authority.

As recently as August 19, Del Rey had continued to assert that she would appear at the festival, tweeting that “music is universal and should be used to bring us together,” and that her performance in Israel would focus on peace. She also wrote that she and her band often perform in places where they may not agree with the government’s policies.

Days later she announced that in addition to her performance in Israel, she also would be “visiting Palestine too and I look forward to meeting both Palestinian and Israeli children and playing music for everyone. I want peace for both Israel and Palestine.”