Kosher hotels and authoritarianism: Israelis see attraction in easy UAE travel, but some have concerns 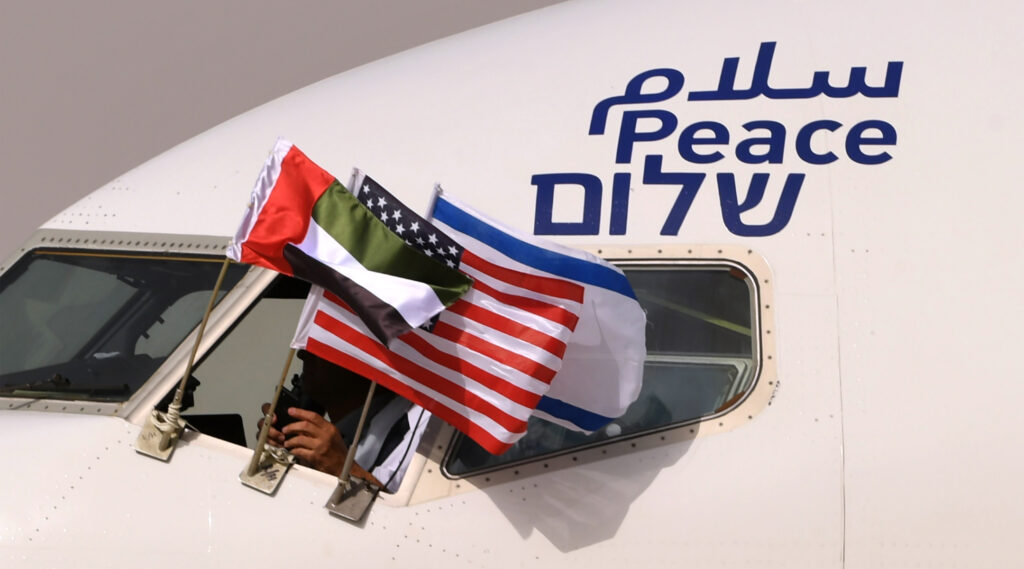 JERUSALEM (JTA) — Chevy Fleischman and a friend travel far from their home country of Israel each year to celebrate their birthdays together. Last year they flew to Morocco. The year before they had vacationed in Peru.

For the next adventure Fleischman, an Orthodox mother of five, is hoping to visit a country that’s closer to home but Israelis couldn’t even enter until recently: the United Arab Emirates. She’s looking forward to lounging on the beach, exploring the streets of Dubai and enjoying views of the desert.

She’s also excited to visit a place where she won’t have to lug a suitcase full of kosher food, as she has on previous trips. Dubai’s first kosher restaurant, Kaf, opened recently in the Burj Khalifa, the world’s tallest building. Multiple hotels are also offering kosher food.

“We’ve wanted to go somewhere else in the Middle East for years, but I was born in Israel and couldn’t go places,” Fleischman told the Jewish Telegraphic Agency. “We have been waiting for an opportunity to travel to [another] Mideast country and experience it, and as soon as we heard Dubai was going to open up, that was on our bucket list.”

The UAE, a small and wealthy nation just over three hours away from Tel Aviv by air, is hoping to be the next hot tourist destination for Israelis. The two countries signed a normalization agreement on the White House lawn this year that allowed full diplomatic relations and trade between the countries. The treaty was a historic breakthrough in Israel’s decades-long quest for relations with the Arab world.

For ordinary Israelis, perhaps the biggest change is the added destination to their itineraries. Because Israel is so small, international travel is common, and Israelis love to take advantage of cheap flights to nearby Europe and elsewhere. Young Israelis recently discharged from the army often take longer trips to far-off places like India or South America.

The UAE hopes to market itself as a cheap and easy option for a weekend getaway, especially as Israelis chafe at months of being cooped up at home. Israeli airlines have already registered significant interest from would-be travelers, and airlines are exploring the potential of the UAE as a spot for corporate retreats, group tours and package deals. An agreement waiving visa requirements between the two countries was signed in October, making it easier for Israelis to travel to the UAE than to the United States.

The first planeload of Israeli tourists arrived in Dubai earlier this month. On Monday El Al, Israel’s national carrier, announced that it would be offering 14 flights to the UAE every week starting next month. Other airlines also plan to launch flights between the two countries beginning in December.

It’s unclear how the pandemic and the economic crisis it sparked will affect tourism numbers. But some Israelis are already making plans.

“The people seem to be warm and friendly and [the] sights well worth seeing,” said Rona Michelson, an Israeli tour guide. “The Emirates look as if they have lots to offer.” Michelson said she is already planning a tour there but did not offer a detailed itinerary.

Any tour would likely include the city’s major sightseeing and retail attractions, such as the Burj Khalifa, the Louvre Abu Dhabi art museum, the indoor Warner Bros. World theme park and the Dubai Mall, which boasts some 1,300 stores. Tourists may also visit the Palm Jumeirah archipelago, a chain of artificial islands.

But some Israelis are wary of patronizing a constitutional monarchy known for its repression of civil liberties. According to a report this year by Human Rights Watch, freedom of expression in the UAE is limited and “especially in cases related to state security, individuals were at serious risk of arbitrary and incommunicado detention, torture, and ill-treatment, prolonged solitary confinement, and denial of access to legal assistance.”

“Israelis do not understand that Emirati people are not like the Palestinian or Egyptian people they’ve come into contact with,” said Claire Blumenthal, a Jewish American who has lived in both countries for extended periods. “Drinking is not illegal, but if you’re in the street you cannot act as if you’ve had a drink. You’ll be fined and jailed.”

Penalties for smoking weed can be even more severe, she said.

“This is not Sinai,” she said, referencing the Egyptian desert adjacent to Israel where Israelis have long traveled to get high. “This is Dubai. You’ll get jail for life. While Dubai is a major party scene, you cannot do anything out in the open, and I need Israelis to know and understand the place they are going to.”

Traveling to the country may also pose a danger to women. In 2016, a British woman was arrested after reporting being raped by two of her countrymen while on vacation in Dubai. According to Human Rights Watch, “women who report rape can find themselves prosecuted for consensual sex instead” under an article of the UAE penal code that prohibits “indecent assault.”

“Dubai struggles to maintain its promoted reputation of being tolerant, modern, progressive and focussed on happiness and positivity, while it regularly victimises women for reporting crime,” Radha Stirling, the founder of the advocacy group Detained in Dubai, wrote in the Independent, a British newspaper, in 2016. “All of the glamour, glitz and fireworks displays in the world press cannot disguise the negative image that incidences like this one generate.”

Thani AlShirawi, a founding member of the recently established UAE-Israel Business Council, said the UAE is making an effort to teach its citizens “indoctrinated tolerance” toward foreign visitors, including Israelis. In addition to kosher food at hotels, an Emirati soccer team, Al-Nasr Dubai, just signed Dia Saba, who plays on the Israeli national team.

AlShirawi believes Israelis will feel even more comfortable visiting his country than Egypt and Jordan, neighboring states with whom Israel has been at peace for decades, because Israel and the Emirates have never fought a war.

“We have to give a lot of credit to our leadership because they have indoctrinated tolerance and to accept everybody,” he said.

Members of the Jewish community in Dubai, which has remained mostly under the radar until recently and which is composed of expats from around the world, are also excited about the potential influx of Israelis. According to estimates, up to 1,500 Jews live in the UAE.

“I think what we’ve done up until now is build the basic structure for Jewish communal life, but in the future the structure will be used to create a fully fledged and mature community,” Ross Kriel, president of the Jewish Council of the Emirates, said in August. “We imagine schools, a vibrant community center, multiple places of worship, kosher restaurants and all the dimensions of vibrant communal life.”

Regardless of what the country offers, and when exactly they’ll be able to go, some Israelis are thrilled simply at the prospect of being able to travel to another country that is so close but had been closed off until this year.

“I’m extremely excited about it [and] will fly at the first opportunity,” Yoni Mann, an American immigrant living in Jerusalem, told JTA. “It’s exciting to finally see what looks like a warm peace brewing with our Arab cousins.”