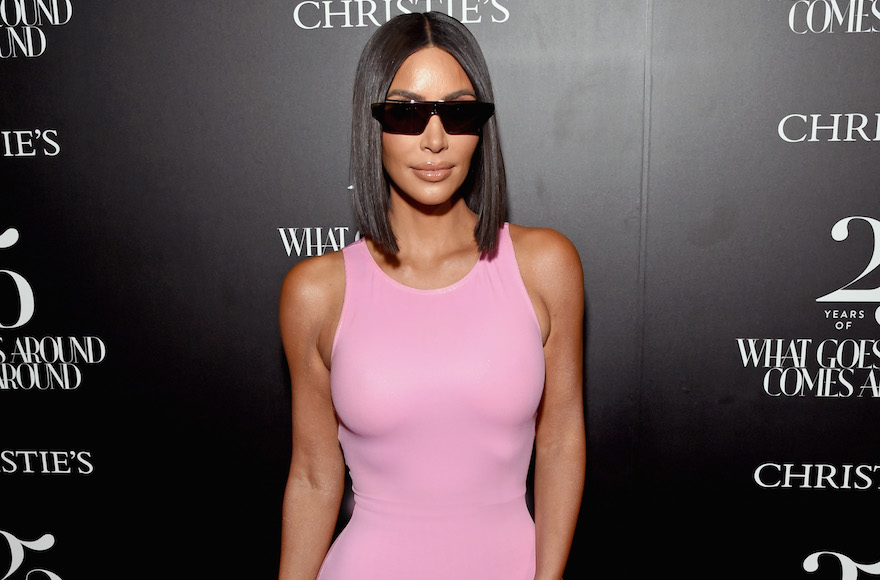 Kim Kardashian at a Christie’s auction preview in Beverly Hills, Calif., Aug. 21, 2018. (Michael Kovac/Getty Images for What Goes Around Comes Around)

The American reality TV star will also invest a hefty $30 million in the company, which is partly owned by Refaeli, the Israeli business daily Globes reported. The pair will be photographed together for a publicity campaign, according to Haaretz, and Kardashian will visit Israel in March.

Kardashian will also be a partner in the creation of her own limited edition glasses line, which she will promote. The partnership is part of the 7-year-old company’s expansion into the U.S. market.

Kardashian visited Israel in April 2015 with her husband, rapper Kanye West. The couple baptized their daughter, North, at the Cathedral of St. James in Jerusalem’s Armenian Quarter.

The post Kim Kardashian to be face of Israeli sunglasses brand alongside Bar Refaeli appeared first on Jewish Telegraphic Agency.