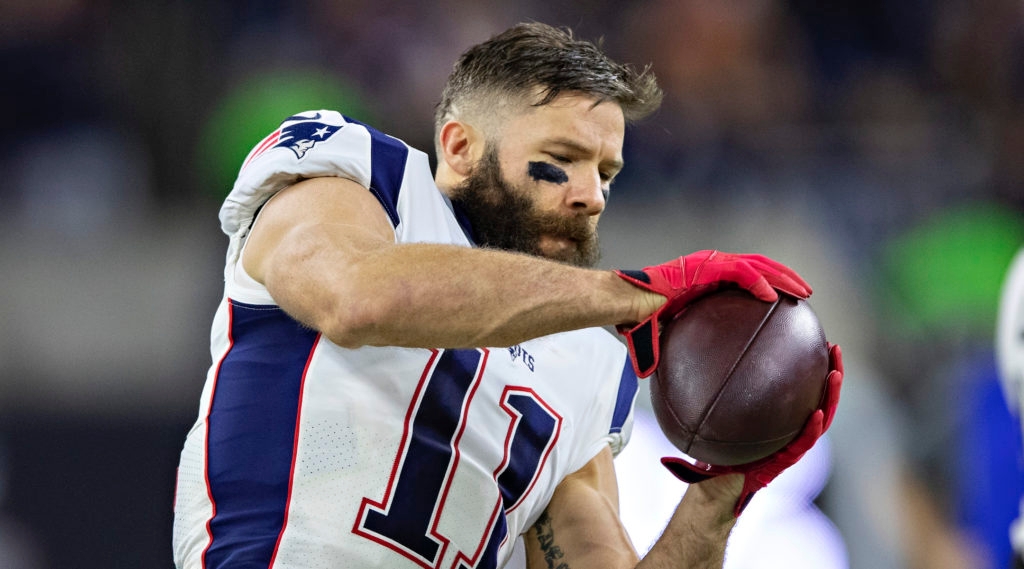 Edelman was responding to recent posts by Jackson attributed to Adolf Hitler, which Jackson later removed and apologized for, and the reaction to them, including calls for him to be cut by the Philadelphia Eagles.

In an Instagram video, Edelman offered to accompany Jackson to the U.S. Holocaust Memorial Museum, and then to join Jackson on a tour of the National Museum of African American History and Culture, both located on the National Mall in Washington, D.C.

“I know he said some ugly things, but I do see an opportunity to have a conversation,” Edelman said. “I am proud of my Jewish heritage. But for me it’s not just about religion. It’s about community and culture as well.

“Whenever I encountered hatred, it never really felt like it was aimed at me. It was only after I was part of this community that I learned how destructive that is,” said Edelman, 33, who only began identifying as Jewish in the last decade. He said he first encountered anti-Semitism directed at him when he was called a “kike” on the football field in 2011.

Edelman said the controversy over Jackson’s remarks should not distract from the importance of the Black Lives Matter movement, which Jackson has been actively supporting on social media.

“We need to listen, we need to learn and we need to act,” Edelman said. “We need to have those uncomfortable conversations. If we’re going to have real change.”

Before the Super Bowl in 2012, Edelman acknowledged that he has a Jewish father and his mother is not Jewish. He was not raised in the faith.

“I’m kind of Jewish, but not really,” he said at the time.

But since then he has shown his Jewish pride on a number of occasions. In a 2014 game, for instance, he wore a pin featuring the Israeli flag. He has tweeted about Jewish holidays. He even went on a Birthright-style trip to Israel, and has written a children’s book that references modern-day Zionism founder Theodor Herzl.

After the Pittsburgh synagogue shooting in the fall that killed 11, he wore special cleats with Hebrew to honor the victims. And in December he wore custom cleats to support the Israel Baseball Association. They were auctioned off to raise money for the cause.

“As a Jewish American in the NFL, I stand with my brothers of all races and creeds against any form of discrimination and hate,” he wrote. “One of the things that makes our game so great is the diverse background of the guys in the locker room, not just from a racial standpoint, but from a religious one as well.”

He added that his teammates “have always been supportive and interested in my faith,” and noted “the number of hate crimes against Jews has reached record levels in the past few years.”

“My hope is we can use this moment to shed light on and bring awareness to the hate and oppression the Jewish Community still faces while standing strong with the Black Lives Matter movement,” he wrote. “We can only have change if we denounce racism and bias in all its forms. Our platforms as athletes are a powerful tool, and with them comes immense responsibility. We can all do better.”