Judd Apatow gives Louis C.K. a master class on comedy — and being a mensch 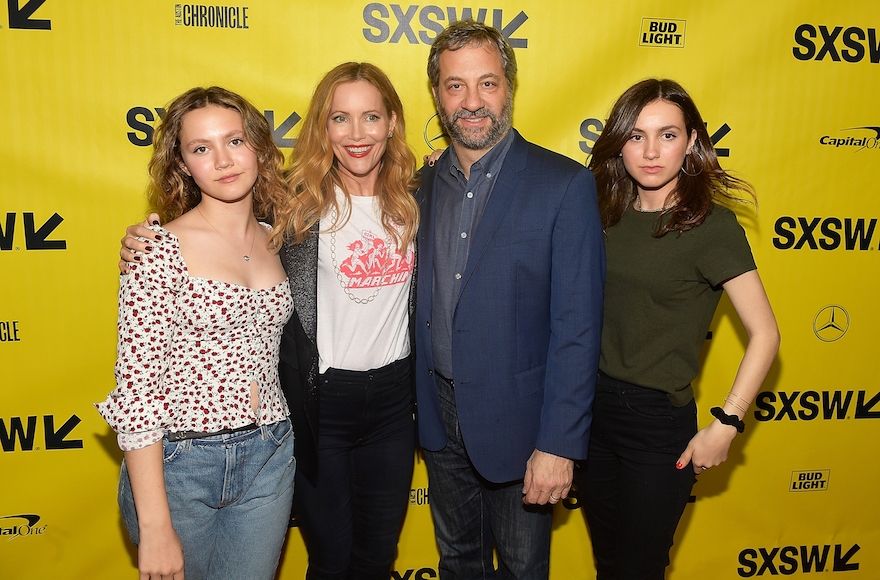 (JTA) — Comedian Louis C.K.’s comeback attempt after a year of ugly sexual allegations hit another road bump this week, when audio emerged of a recent routine in which he has fun at the expense of the student survivors of the mass shooting in Parkland, Fla. — particularly the ones who became activists for gun safety.

“You’re not interesting cause you went to a high school where kids got shot,” says the comedian, suggesting kids should be out having a good time and not being politically correct. “Why does that mean I have to listen to you? How does that make you interesting? You didn’t get shot.”

C.K. often treads into taboo areas, but this is hardly his best work. And to understand why, it’s worth reading a tweet storm by Judd Apatow, the director and writer and force behind some of the top-grossing movie comedies of the past two decades. Apatow doesn’t lecture C.K. for being offensive; he carefully explains why the routine isn’t funny.

This hacky, unfunny, shallow routine is just a symptom of how people are afraid to feel empathy. It’s much easier to laugh at our most vulnerable than to look at their pain directly & show them love and concern. Louis CK is all fear and bitterness now. He can’t look inward. https://t.co/aQVG0rk87y

It’s not just that C.K. is punching down — mocking someone more vulnerable than he. It’s that he makes himself the victim of others’ pain:

You have to look at it in the context of a man with children who mocks kids who are worrying about getting shot.A man who mocks our most vulnerable people. That’s because he feels like no one cares about HIS pain. What HE’S been through. He feels like he was wronged so attacks. https://t.co/2zfHoBeyjW

Apatow also defends his own right to be critical of another comic. It’s not censorship or political correctness, says Apatow, to say whether or not you like a comedy routine.

If your family members were killed you might not think he was so heroic for mocking kids for wanting to save other kids and people from gun violence. He is entitled to his opinions and jokes and people are entitled to say if they appreciate the work or not. It’s America. https://t.co/4QNalRAxEf

Ultimately, writes Apatow, C.K.’s routine fails because it doesn’t ring true. For a comedian like C.K., who has so often put truth-telling at the center of his act, that may be his most egregious comic sin:

Here is why it is ultimately such a lame routine. The Parkland kids and other kids who have spoken out against gun violence ARE interesting. No one thinks they are boring.They are riveting. I think fighters for justice offend him for some reason at this point in his life. https://t.co/eeWAM3PGVR