Jewish professor describes being beaten by a Palestinian and German police 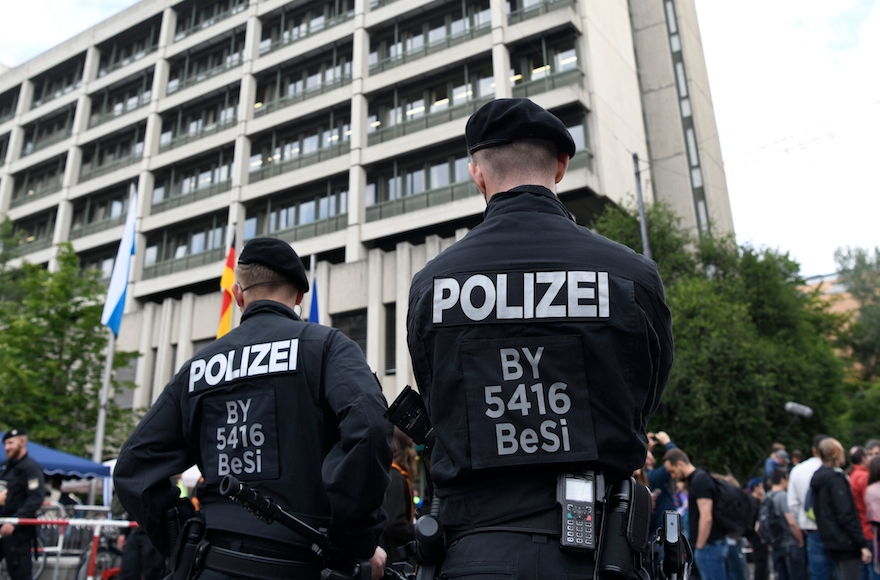 (JTA) — A Jewish professor visiting Germany described being assaulted in a Bonn park — first by a Palestinian who said “I f*** Jews,” then by police who slammed him to the ground and punched him in the face.

Yitzhak Melamed, who teaches philosophy at Johns Hopkins University in Baltimore, in a lengthy Facebook post published Friday accused the police of brutality, then of whitewashing their conduct and falsely blaming him for provoking the assault. Police subsequently apprehended the assailant.

The incident on Wednesday is the latest in a string of anti-Semitic assaults in Germany.

According to Melamed, he was wearing a kippah when a self-identified Palestinian man asked if he was Jewish and then proceeded to follow him, shouting things like “I f*** Jews. I f*** Jews” and “No Jews in Germany.”

He then threw Melamed’s kippah to the ground three times and pushed him three times. In response, Melamed said he tried to kick the man in the groin twice but missed both times.

The attacker fled after hearing a police siren. Melamed wrote that two police officers ran past the attacker and tackled him instead, then two or three other policemen helped pin him to the ground and handcuffed him. He said police punched him in the face several dozen times, bloodying him and breaking his glasses. 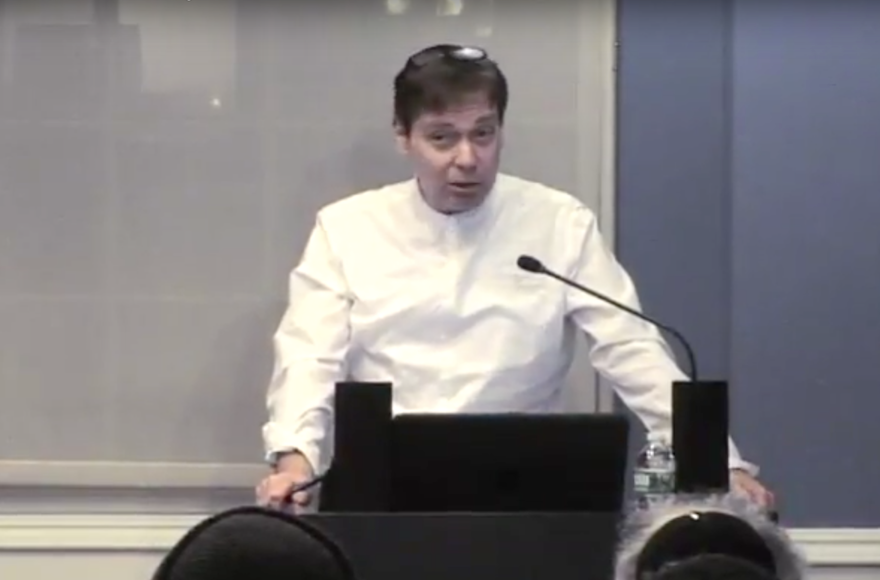 “I didn’t have much time to wonder, as almost immediately four or five policemen with heavy guard jumped over me (two from the front, and two or three from the back),” Melamed wrote. “They pushed my head into the ground, and then while I was totally incapacitated and barely able to breath[e] not to mention move a finger, they started punching my face. After a few dozen punches, I started shouting in English that I was the wrong person.”

A police officer then suggested that Melamed provoked the beating, Melamed wrote. He responded by describing his ancestors’ deaths in the Holocaust.

After being taken to the police station, Melamed wrote that police did not tend to his wounds and repeatedly tried to dissuade him from filing a complaint against them — including by suggesting that he attacked the police first, and by threatening to accuse him of resisting arrest. Eventually he was taken to another office, where he filed a complaint.

The next morning, Melamed wrote, Bonn’s police chief came to his hotel to apologize. But Melamed said the police department’s statement on the incident, published later that day, falsely blamed him for resisting them. According to a police statement on PressePortal, a German press release platform, police said Melamed “failed to comply with several requests from the officials to stop” and “fought against the measures” of the police.

“Try (if you can) resisting arrest either when you are not in any bodily contact with the police, or, alternatively, when 5 policemen are on your back and you are barely able to breath[e],” he wrote.

Herbert Reul, a local German government minister, also apologized to Melamed, and said, “We will not allow Jews to be persecuted once again in Germany,” according to Deutsche Welle.

The post Jewish professor describes being beaten by a Palestinian and German police appeared first on Jewish Telegraphic Agency.