“The famous are rarely significant and the significant are rarely famous,” says Jeff Gottesfeld, author of “No Steps Behind,” a children’s book about real-life Jewish feminist Beate Sirota Gordon. Gordon, who was born in 1923 in Vienna to Russian-Jewish parents, was only 22 years old when she helped write women’s rights into the modern constitution of Japan.

Gottesfeld calls Gordon “the most significant feminist of the 20th century you may have never have heard of. ”

Drawing upon her values along with her knowledge of Japanese language and culture — as well as her inherent chutzpah — in 1946 Gordon found herself the only woman “in the room where it happened” — in this case, where American officials, led by Gen. Douglas Macarthur, rewrote Japan’s constitution as part of post-WWII democratic reforms.

Gottesfeld, a writer of numerous books and TV scripts, was deeply moved by Gordon’s story after reading her obituary in The New York Times in 2013. While he knew it would be a challenge to communicate her story to a young audience, “It’s the most inspiring and unlikely story I’ve ever encountered,” he says. “It’s about how a young person like them can be buffeted by life’s crazy and unexpected changes, hold onto what’s important, and then do amazing good for the sake of others, not her own self-importance.” 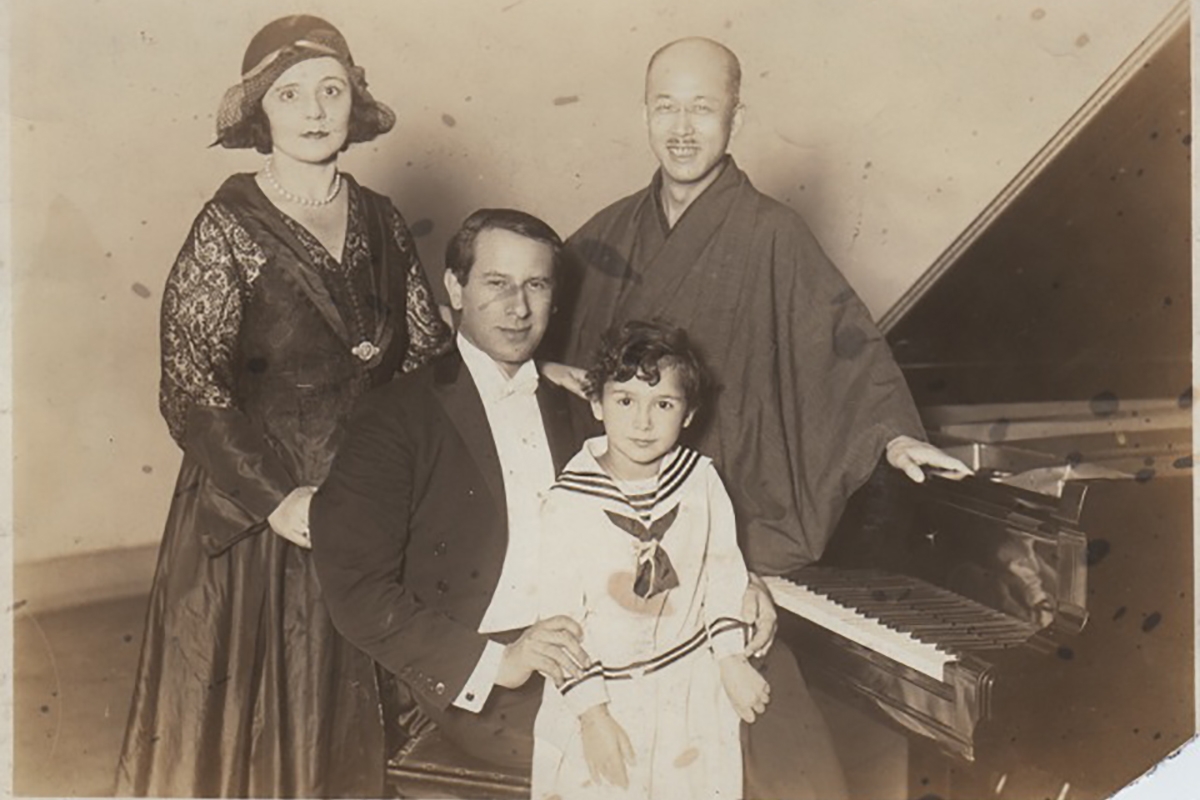 Gordon spent most of her childhood in Japan, and had a deep understanding of Japanese language and culture. Her family moved there when she was 5, when her pianist father, Leo Sirota, was offered a position in Tokyo. Gordon’s daughter, Nicole, a lawyer and the director of the executive master’s program in public administration at New York City’s Baruch College, told Kveller that Sirota was offered a similar position in Austria on the condition that he converted to Christianity. He declined.

Nicole Gordon says her mother’s childhood was unique compared to other European expats living in Japan. While most foreign families kept to themselves, Gordon was encouraged by her mother, Augustine, to play with and visit the homes of Japanese friends. This intimate exposure to Japanese culture and traditions is what opened Gordon’s eyes to the inequities between men and women. As Nicole notes, women would eat their meals in another room, and they were supposed to walk “three steps behind” men. (That idea is referenced in the title Gottesfeld’s book “No Steps Behind.”)

Nicole Gordon says Augustine encouraged her mother to “be an independent thinker, even when that wasn’t encouraged for women at that time.” Augustine also would invite visitors from Europe to their home if they were passing through Tokyo, giving Beate a well-rounded perspective of the differences in women’s roles in European and Asian cultures. 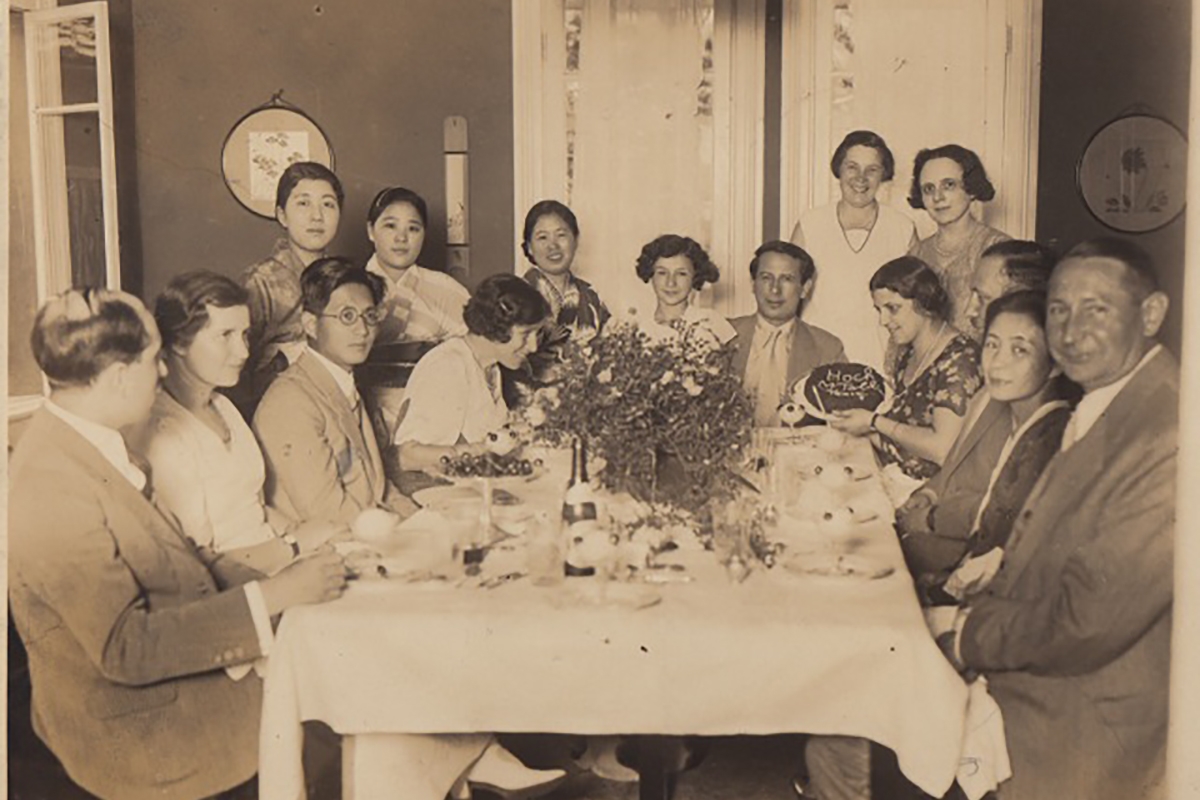 A party at the Sirota home in 1933. (Beate Sirota Gordon Photo Gallery)

Gordon attended a German school in Japan until the rise of Nazism made it unsafe as a Jewish girl. As Nicole recounts, one of her mom’s closest friends suddenly stopped speaking to her, ignoring her as they passed each other on the street —  the Nazi anti-Semitism that ran rampant among the Axis powers had bled into Japan. In 1939, Gordon left Japan and enrolled in Mills College in California. As WWII raged and the United States and Japan became bitter enemies, Gordon did not have contact with her family for many years.

Panicked about her parents’ fate following the American nuclear attack on Hiroshima, Gordon, who had become a naturalized American citizen, begged the U.S. military for a job in Tokyo. Thanks to her fluency in Japanese, she was hired as a researcher and interpreter for the American military. After many days spent searching among the devastated and altered surroundings, she was reunited with her parents.

Eventually, MacArthur asked Gordon to assist with the American military’s draft of the modern Japanese constitution. While there, she used her voice to advocate for women’s rights. She added the clause that, according to The New York Times, “gave women a set of legal rights pertaining to marriage, divorce, property, and inheritance that they had long been without in Japan’s feudal society — had an effect on their status that endures to this day.” 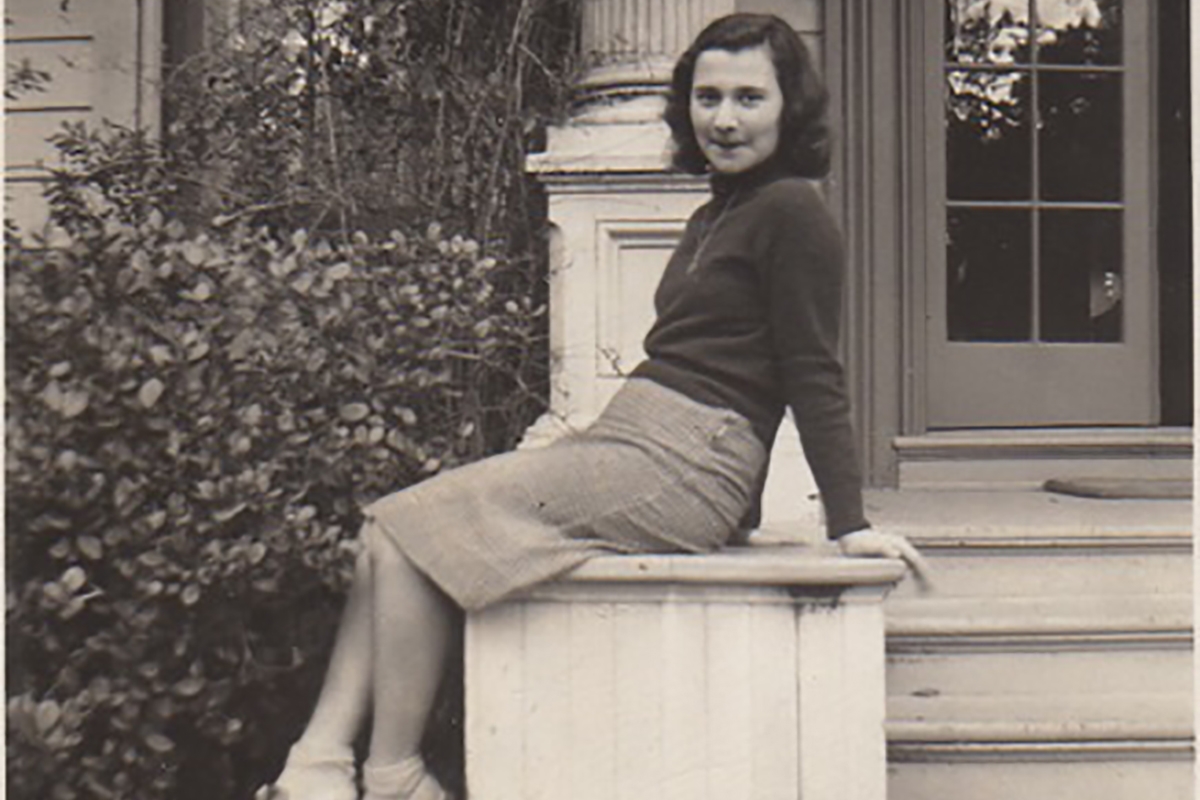 Gordon at Mills College in 1941, when she was 17 years old. (via Beate Sirota Gordon Photo Gallery)

Yes, it was an incredible achievement. Though some critics may regard her actions as white saviorism, Gottesfeld pushes back, saying “she had no ego in this.” Gordon eventually returned to the U.S. and married Joseph Gordon, another Jewish interpreter for the American military in postwar Japan. Their wedding was at Temple Emanuel in New York City. Along with Nicole, the couple had a son, Geoffrey.

According to The New York Times, Japanese women did not know about Gordon’s role in their constitution until the mid-1980s, when Gordon began talking about her experience publicly. Gordon published an autobiography in Japanese in 1995, and soon after she became a celebrity in Japan. In 1998, Gordon received a gift of the Order of the Sacred Treasure from the Japanese government, and there were parades in her honor.

Gottesfeld sees a very Jewish narrative in Gordon’s story. While the family was secular, he says that Jewish values greatly informed their choices. Gordon’s work demonstrates that she was “clearly committed to Jewish principles of repairing the world and opening one’s heart to strangers,” he says.

Gottesfeld says that Gordon’s story is great for kids because it is “incredibly inspiring.” In these times, where so much is uncertain and out of our control, it’s important to remember how much impact one person’s good intentions, when in the right place and the right time can positively change the world.

“No Steps Behind” is available on Amazon.