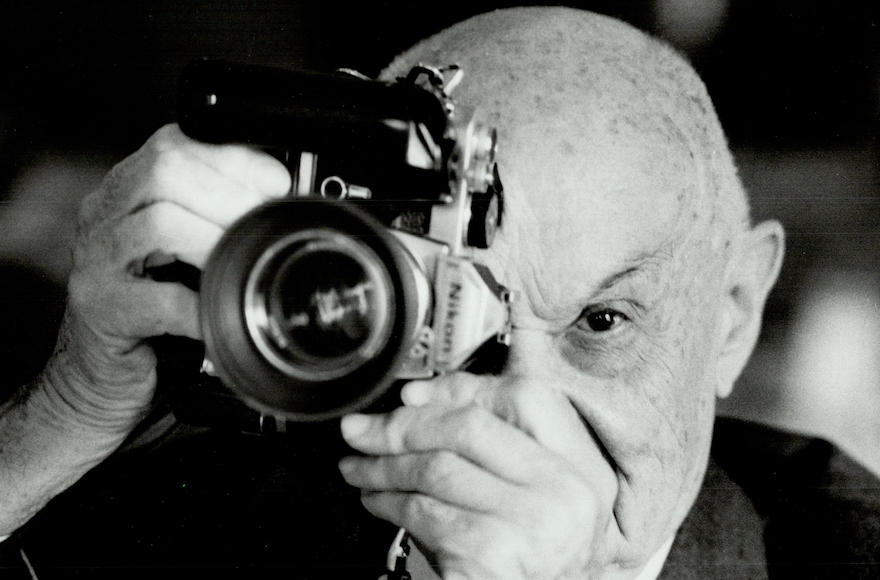 (JTA) — A Jewish museum and archive at the University of California Berkeley has acquired the complete archive of Roman Vishniac, the best-known photographer of Jewish life in Eastern Europe before the Holocaust.

Vishniac, who died in 1990, was best known for “A Vanished World,” published in 1983 and featuring the photos of Jews taken in the 1930s as the shadow of Nazism descended on Europe. Vishniac took many of the photos on assignment for the American Jewish Joint Distribution Committee. The JDC later helped the Russian-born Vishniac escape Nazi-occupied Europe for the United States.

Vishniac also photographed Israelis in their country’s early years and made hundreds of scientific images.

The collection is a gift of the photographer’s daughter, Mara Vishniac Kohn, now 92 and living in Santa Barbara, California, and her children Naomi Schiff and Ben Schiff. It had been on loan since 2005 at New York’s International Center for Photography.

“My goals for this collection are to keep the work alive, and also, in a way, keep the people from dying again,” Vishniac Kohn said in a statement from UC Berkeley. “I see hope that these materials and all my father’s efforts will be somehow connected with our present life and, more importantly, with the lives of young people.”