Jewish adult summer camp is back! Weekend getaway for Jews in 20s and 30s already oversubscribed. 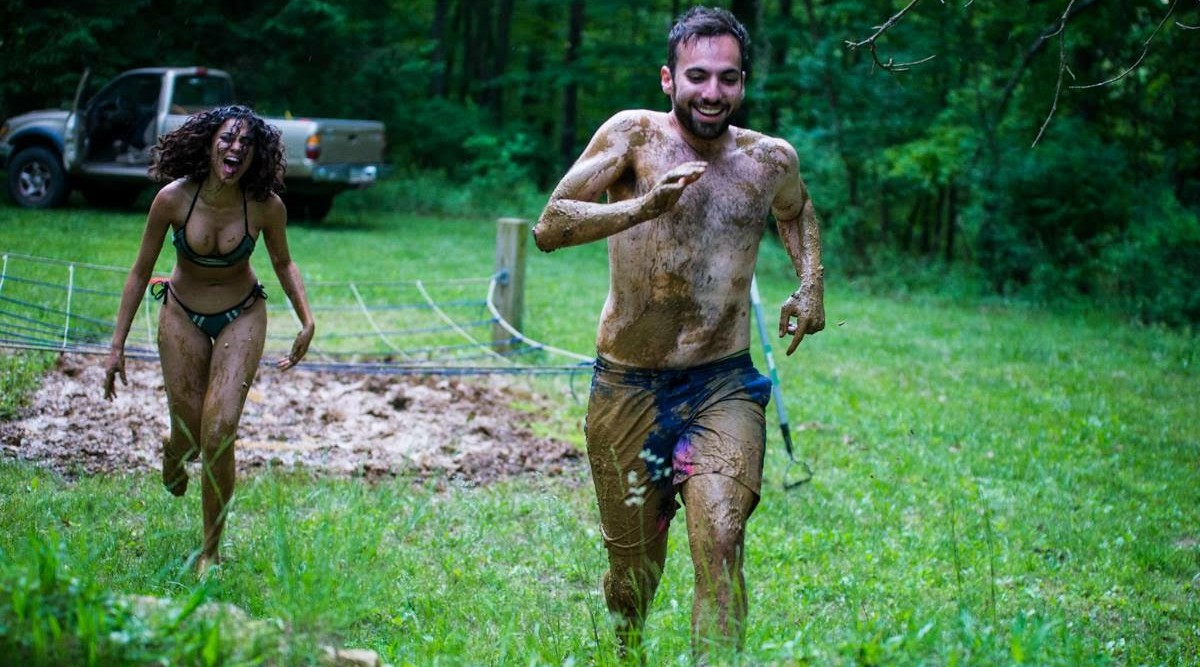 There’ll be bubble soccer and fire-breathing. Pool volleyball and flower pounding. Israeli dancing and rock climbing. And there won’t be a single Zoom screen in sight.

That’s the plan for the first in-person retreat since the start of the pandemic by Camp Nai Nai Nai, the Jewish adult summer camp program that aims to give Jews in their 20s and 30s a chance to relive their favorite elements of Jewish summer camp — or discover them for the first time.

It’s all happening in the course of a Labor Day weekend getaway in rural Waynesboro, Pennsylvania, at a lakeside retreat about an hour’s drive from Baltimore or Washington, D.C.

Coincidentally, the Sept. 3-5 retreat is also right before the Jewish New Year, which this year begins on the evening of Monday, Sept. 6.

“Rosh Hashanah is a time for renewal and new beginnings, and that’s very much what this camp is for us, coming back post-COVID,” said Lisa Klig, who runs the camp under the direction of Moishe House, a Jewish nonprofit. “It’s also considered the birthday of the world and the anniversary of creation. And camp is where we connect to our most authentic selves, so it’s a beautiful time to be relaunching our summer camp experience.”

Camp Nai Nai Nai was created in 2017 as a way for those aged 21-39 to experience “the joy, beauty and silliness of Jewish summer camp.” The idea was to come up with a fun way for Jewish adults to connect with their Jewish identity outside the more staid environments of a synagogue, Jewish community center or other Jewish institution.

Aimed at Jews who are post-college yet pre-family, the program targets an age demographic when disaffiliation from Jewish life is highest. It also gels with the mission of its parent organization, Moishe House, which provides experiences and co-living spaces for Jewish adults in the same age demographic. (Being Jewish is not a requirement for participation at Camp Nai Nai Nai.)

The camp’s retreats have been wildly popular and oversubscribed. But when the pandemic began, the program had to shift to online programming. Among the initiatives were Expedition Nai, a virtual color war that had 800 contestants dancing on Zoom or volunteering at local organizations for cash prizes; a matchmaking game called Expedition Love in the Sukkah; and an arts-and-crafts competition called Expedition Maker. More than 3,000 people participated in total.

But organizers have been aching to get back to real-life activities.

The September event will have some restrictions — there will be 100 participants rather than the usual 300, all campers and staff must be vaccinated against COVID-19, and they will have to present proof of a negative PCR test upon arrival. Once inside the camp bubble, there will be no social distancing requirements.

At the camp, the host of activities available will mostly be infused with some kind of Jewish element.

For example, Lillian Feldman-Hill, an educator from Columbus, Ohio, whose specialty is “Jewish learning through scientific exploration,” will teach fire-breathing and demonstrate dry-ice experiments resulting in loud bangs.

“If you compare the creation story in the Torah to what astrophysicists have discovered about the universe, they are incredibly similar,” Feldman-Hill said. “The Torah describes how the Earth became round, then went into orbit, creating day and night and making Earth habitable for life. It’s unfathomable that 5,000 years ago, a scientifically primitive society could even guess that — let alone write it in a text for prosperity — without the actual knowledge we have today.”

Tiziana Friedman, 24, will lead “playshops” — this is camp, so there are no workshops, only playshops — on subjects ranging from her favorite fantasy game, Dungeons & Dragons, to Black-Jewish relations in America.

A resident of Albuquerque, New Mexico, Friedman is a Black, queer, Jewish woman who started out in emergency medicine but switched to follow her passions in the Jewish nonprofit sector. Now she’s helping Moishe House build its diversity, equity and inclusion strategy for Jews of color and make Camp Nai Nai Nai more inclusive.

“So many times in synagogue I’ve been asked if I’m lost because I don’t look like I belong,” said Friedman, underscoring the importance of diversity work. “I’m frequently put on the spot to justify my Jewishness, and whether my conversion was satisfactory. This in itself is a type of micro-aggression.”

Ben Suster, 27, who works at a health care analytics firm in suburban Boston, is a past Camp Nai Nai Nai counselor who’s coming back this year. He also lived in a Moishe House in Cambridge, Massachusetts, for over three years.

“I saw the amazing work they were doing there, this concept of young Jewish adults putting on events for other young adults, and thought it was brilliant,” Suster said.

“I can’t wait to return to camp. Even as a staffer, I have the time of my life — while making sure everyone else is having fun, too.”

Camp tuition runs about $300 per person (depending on accommodation) for the weekend, including food, lodging and all activities. The cost is subsidized. The upcoming gathering sold out within one week of opening registration, and there’s a growing wait list.

In 2022, Moishe House is planning to host three Camp Nai Nai Nais: on the East Coast, West Coast and in the Midwest.

“Camp is very much a choose-your-own-adventure experience,” Klig said. “We try to create a program that appeals to different interests and personality types. The whole idea is to reinvent what Jewish summer camp was for us as kids.”