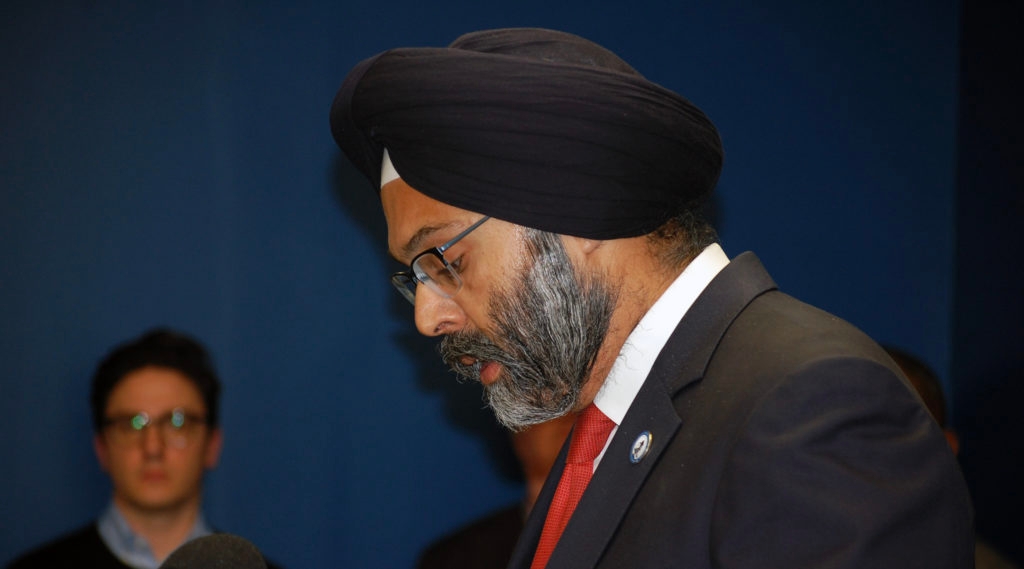 JERSEY CITY, N.J. (JTA) — Officials say they can not yet name a definitive motive for the shooting at a kosher supermarket in Jersey City, New Jersey.

“We know there is significant speculation about the shooters’ motive,” New Jersey Attorney General Gubrir Grewal said at a news conference on Wednesday afternoon. “We are not in the position at this time to say definitively why the suspect decided to stop in front of the supermarket and begin firing immediately.”

Four people died in the attack on Tuesday, in addition to the two assailants. The victims included one of the store owners, Mindy Ferencz, 32; a yeshiva student, Moshe Deutsch, 24; and a store employee, Miguel Douglas, 49. Police officer Joseph Seals, 39, was killed at a nearby cemetery.

After shooting Seals, the two gunmen drove a van a mile away to the JC Kosher grocery store and entered firing, according to local law enforcement officials. Police arrived on the scene and a shootout began that lasted more than an hour. When it was over, police found the bodies of three civilians and the gunmen.

The gunmen were identified as David Anderson and Francine Graham. Police also found an active pipe bomb in their van.

In addition to local officials, the FBI, the New Jersey state police and the U.S. Bureau of Alcohol, Tobacco, Firearms and Explosives are involved in the investigation.

Jersey City Mayor Steven Fulop said earlier Wednesday that the supermarket was deliberately targeted, but at the news conference, law enforcement officials insisted that they had not settled on a definitive motive.

“I know there’s always a rush during these incidents to say why,” said Gregory Ehrie, special agent in charge of the local FBI field office. “Speculation only distracts from the investigation. It takes all of our investigators offline to address that.”

New Jersey Gov. Phil Murphy, who came to the news conference after praying at a synagogue next door to the supermarket, condemned attacks on the Jewish community.

“An attack on our Jewish community, or for that matter on any community in what is by many measures the most diverse state in the United States of America, that attack is an attack against all 9 million of us who are proud to call ourselves New Jerseyans,” Murphy said.