Jeremy Corbyn will not represent Labour in British Parliament, his successor clarifies 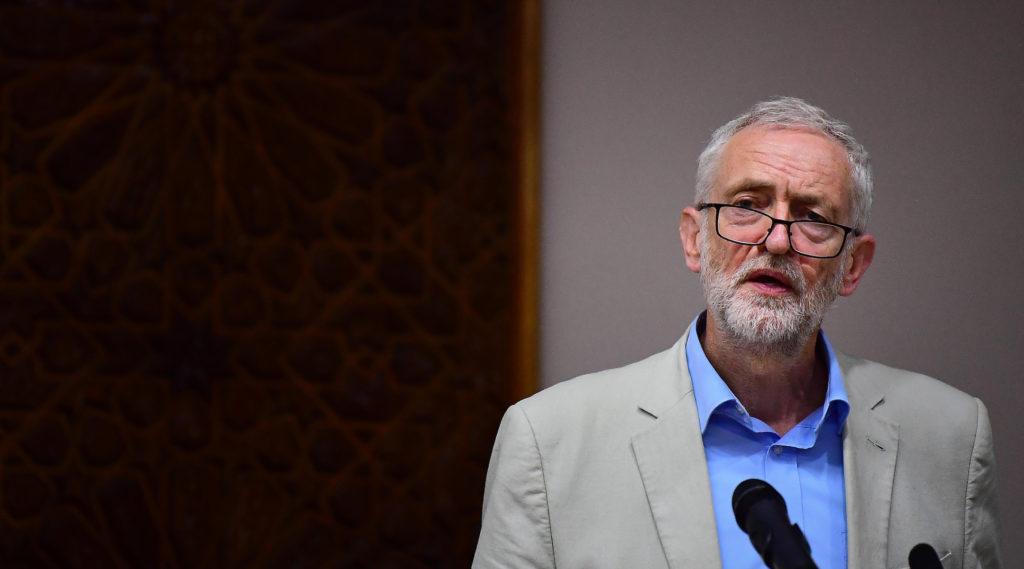 (JTA) — Jeremy Corbyn, the previous leader of the British Labour Party, will not be returning immediately to serve as a lawmaker for the party following a nearly three-week suspension over his anti-Semitism controversy, his successor said.

On Wednesday, a day after reinstating Corbyn into the party, Labour leader Keir Starmer said he was not giving back Corbyn his “whip” title or allowing him to run for Parliament under the Labour banner. Corbyn will continue to serve as an independent lawmaker in the House of Commons, the Press Association reported.

Corbyn had been suspended from the party for 19 days after disputing the findings of a landmark government report on anti-Semitism within the party under his leadership from 2015 to earlier this year. He had said “the scale of the problem has been dramatically overstated for political reasons.”

Corbyn’s response to the Equality and Human Rights Commission report “undermined and set back our work in restoring trust and confidence in the Labour Party’s ability to tackle antisemitism,” Starmer said. “In those circumstances, I have taken the decision not to restore the whip to Jeremy Corbyn. I will keep this situation under review.”

Corbyn had reversed course on Monday and made a statement saying that “concerns about antisemitism are neither ‘exaggerated’ nor ‘overstated,’” adding that “I fully support Keir Starmer’s decision to accept all the EHRC recommendations in full. I regret the pain this issue has caused the Jewish community.”

The report, the first of its kind about a mainstream British political party, found that under Corbyn, Labour was “committing unlawful harassment through the acts of its agents” against Jews. He had been accused previously of allowing or even encouraging anti-Semitic hate speech from party members.

Corbyn also had a problematic history of actions that British Jews found unsettling, for example calling the anti-Israel terrorist groups Hezbollah and Hamas “his friends” and laying a wreath on a monument honoring Palestinian terrorists who murdered Israelis in the 1972 Munich Olympics.

Corbyn has rejected the criticism, insisting he has always strived to implement a zero-tolerance policy on anti-Semitism.

Starmer’s announcement is the latest development in an internal Labour power struggle between his more centrist supporters and Corbyn’s far-left advocates, many of whom remain in the party.

British Jewish groups have been closely monitoring how strongly Starmer deals with the Corbyn supporters and how he will choose to discipline those who dispute the EHRC report. The groups protested Corbyn’s reinstatement into the party on Tuesday.