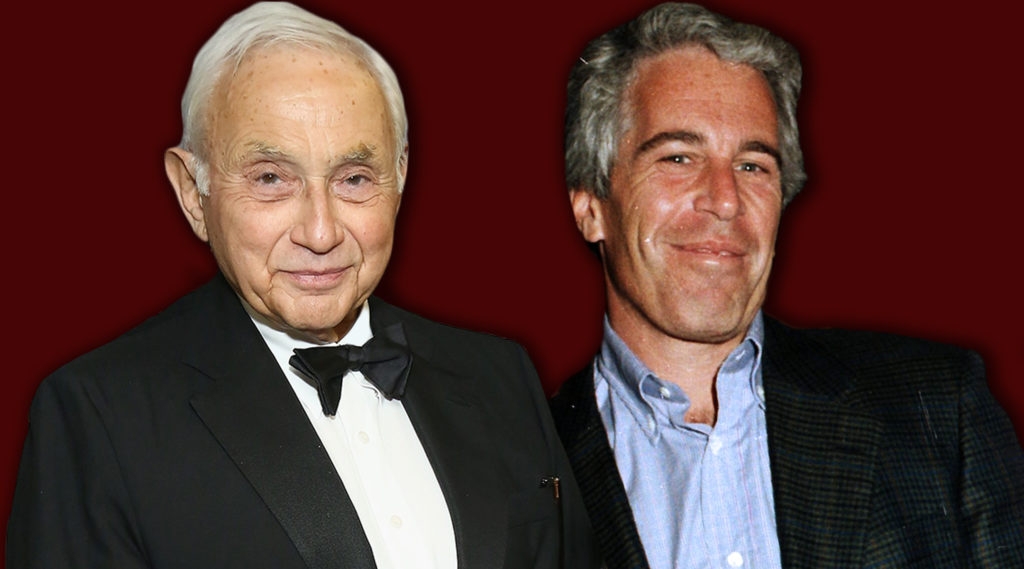 (JTA) — An independent review commissioned by the Wexner Foundation concluded that the Jeffrey Epstein, the convicted sex offender who died last year in jail, “played no meaningful role” at the foundation.

Epstein was a trustee of the foundation, which has given hundreds of millions of dollars to Jewish organizations in the United States and Israel, from 1992 to 2007. He was also a money manager and legal representative during that time for Leslie Wexner, the foundation’s benefactor.

After Epstein was charged with sex trafficking in 2019, Wexner and his foundation faced questions about the relationship between Wexner and Epstein, and about whether the foundation’s money could be tainted by its association with Epstein. The third-party review, by Columbus-based law firm Kegler Brown Hill + Ritter Co., aimed to answer those questions.

The investigation included a review of more than 3,600 pages of documents, conversations with past and present foundation staff and trustees at at least one graduate of its fellowship; and interviews with the foundation’s benefactors, Wexner and his wife Abigail. The foundation distributed the report, which is dated Monday, by email on Tuesday.

Wexner has said he severed ties with Epstein in 2007, amid allegations that Epstein sexually abused minors, and later found that Epstein had misappropriated some of the family’s money.

The report backs Wexner’s account, finding that despite serving as a trustee from 1992 to 2007, Epstein was minimally involved with the foundation and did not contribute to it financially.

“Epstein was never involved in determining Foundation policy,” Wexner Foundation President Rabbi Elka Abrahamson wrote in the email sharing the report. “He never had any role in the Foundation’s day-to-day leadership or activities. He did not have any role whatsoever in screening, identifying or selecting participants for any of our leadership initiatives. Rather, he merely acted as a functionary executing documents and facilitating the required financial support from the Wexners.”

The Wexner Foundation has given millions of dollars to Jewish organizations in the United States and Israel, and nearly 600 graduates of its prestigious Wexner Graduate Fellowship/ Davidson Scholars Program are working in synagogues, schools, nonprofits and other Jewish institutions.

Many fellowship alumni have grappled with being associated with the foundation following news last year of Wexner’s close ties with Epstein as well as a New York Times report earlier this month that Wexner ignored widespread sexual harassment at Victoria’s Secret, the lingerie brand owned by his L Brands umbrella company. L Brands announced last week that Wexner was stepping down and that it will sell 55% of Victoria’s Secret to Sycamore Partners, a private equity firm.

The report says that though Epstein did not make any financial contributions to the foundation, he did transfer assets worth $46 million in 2008 to a private foundation formed by Abigail Wexner. Those transfers were repayment for funds he had misappropriated from the Wexner family, according to the report.

The probe “found no evidence that Epstein ever used his ties to the Foundation to commit any assault or sexual misconduct, or to otherwise perpetrate any crime.”

In fact, the review found, Epstein was so uninvolved that foundation leaders reported never having met with him.

“From our review, the Foundation was not of any particular interest to Epstein, and the people we interviewed who met Epstein described him as showing no interest in philanthropy or the Foundation,” the report concludes.

In her email, Abrahamson alluded to the report concerning alleged harassment at Victoria’s Secret, which prompted at least prominent graduate of the Wexner Fellowship to call for Wexner to step out of the foundation’s operations.

“Other more recent press unrelated to and not intended to be addressed by this report has generated additional conversations and questions from some of you that we are considering,” she wrote. “We also are taking time to reflect on the report and review and assess best practices of philanthropic governance. We continue to seek and appreciate your patience even as we welcome all of your feedback.”