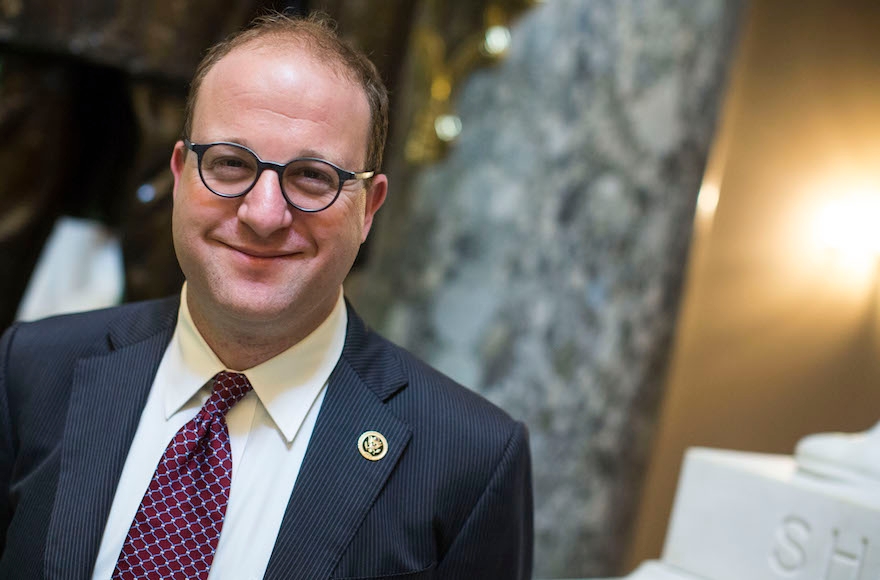 (JTA) — Jared Polis will be the first Jewish governor of Colorado as well as the state’s first openly gay person elected to the post.

The 43-year-old Democrat, who has been representing the state in the House of Representatives since 2009, is projected to beat Republican Walker Stapleton in Tuesday evening’s election.

Prior to entering politics, Polis was a technology entrepreneur who made millions by starting three companies.

He ran for governor on a three-pronged platform: to ensure Colorado uses only renewable energy by 2040, provide free preschool and kindergarten across the state, and fight income inequality.

In an interview with JTA last year, Polis said that his Jewish background has a large influence on his political beliefs.

“I derive a lot of the values that I try to bring into the public sphere from my private faith,” Polis said. “Certainly for me I focus a lot on education, and I’m running for governor to bring [free] preschool and kindergarten to our state and improve our schools, and that’s an important Jewish value.”

Polis, whose great-grandparents immigrated to the United States from Poland and Ukraine in the early 20th century, added: “And also being so close to the immigrant experience, I’m a strong defender of immigrant rights and refugees, of course with the experience that Jews had prior to World War II, that few countries wanted to accept Jewish refugees.”

Wow!! Congratulations @jaredpolis of Colorado who just became the first openly gay man to be elected Governor in US History!!!