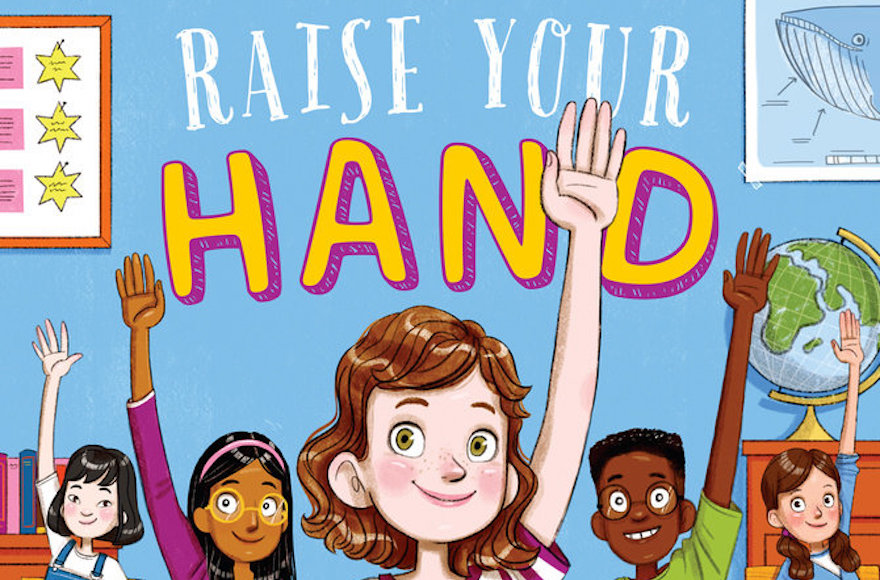 (JTA) —  Jake Tapper is not only a CNN anchor but an author, with a recent political thriller, “The Hellfire Club,” on the shelves.

Now it looks like his daughter Alice Paul Tapper, 11, is set to get in on the action as well, releasing her first book, titled “Raise Your Hand.”

The book, which is being published by Penguin Young Readers, is based on Alice’s work encouraging girls to be more assertive and raise their hands in class.

In a 2017 New York Times op-ed, the then 10-year-old wrote that she was on a field trip when she noticed “that all the boys stood in the front and raised their hands while most of the girls politely stayed in the back and were quiet. It made me upset.”

“I told my mom that I thought girls weren’t raising their hands because they were afraid that the answer was going to be wrong and that they would be embarrassed. I also think they were being quiet because the boys already had the teacher’s attention, and they worried they might not be able to get it. My mom and I decided that we should take the experience to my Girl Scout troop,” she continued.

The idea eventually gained steam and led to the establishment of the Girl Scout’s Raise Your Hand patch, whose message, she explained, “is that girls should have confidence, step up and become leaders by raising our hands.”

The post Jake Tapper’s daughter has a book coming out — and she’s only 11 appeared first on Jewish Telegraphic Agency.