Israelis talk openly about money. Why can’t we? 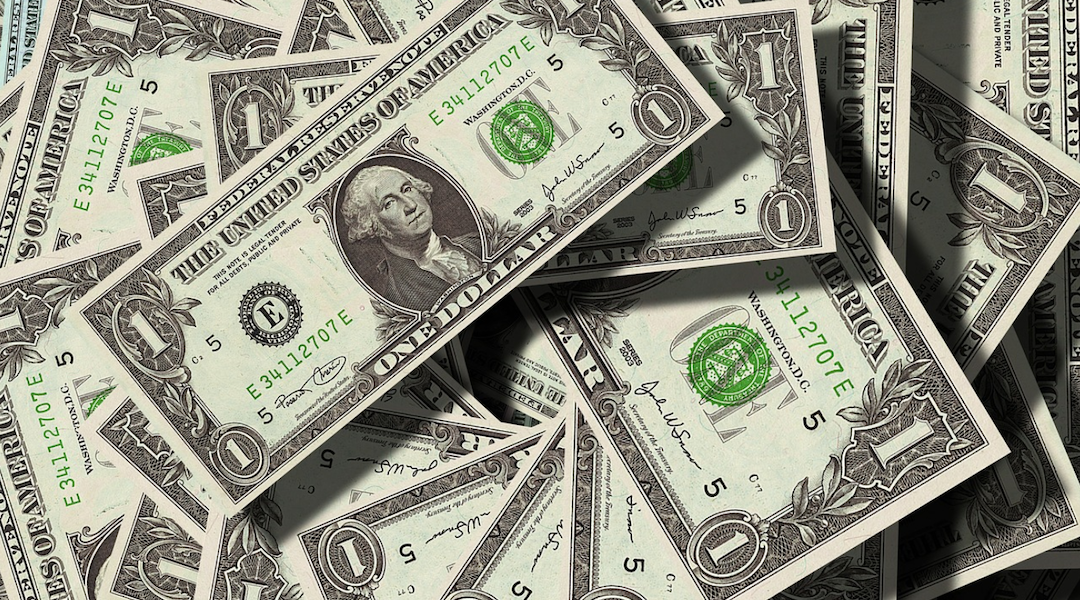 Ladies, the time has come to squash the squirmy coyness that overtakes us when the topic of money comes up. It’s redundant — we’ve inherited this old-fashioned shame we can’t seem to shake — but there is no legitimate reason we should hesitate to discuss something so integral to our lives. As women we’re coerced into feeling ashamed on the regular about our bodies, our choices, and our voice — it’s enough to deal with without adding money to the mix. But the gender pay gap means we simply can’t afford not to face money talk head on.

As a native Brit now living in America, I understand that this is much easier said than done. I’ve never discussed salaries with some of my closest childhood friends, though we’ve witnessed one another’s most humiliating moments and shared our deepest secrets. This isn’t on account of my feelings, however. I’ll talk about money with whomever’s interested — not because I’m so far progressed, but because I recently spent five years in a country where discussing personal finances is as commonplace as chatting about the weather: Israel.

I can hazard a few reasons for Israel’s aplomb. For a long time its citizens and government have lived in debt — the Israeli debt to gross domestic product (GDP) ratio only fell below 60 percent in 2017, hitting the European Union’s benchmark for permissible debt for the first time ever. Shame is futile when your struggles are shared by so many.

Secondly, Israel has an almost constant wartime mentality, which cuts through most “first world problems.” And yes, having to curtail your latte-a-day habit to make rent is a first world problem. This plays into my third point: the power of Israelis’ innate chutzpah. Chutzpah bats away superfluous shame concerns and inspires self-confidence, which aids open discussion. Most important, Israel is a young country without antiquated class system baggage that decreed money talk was crass.

I’m not suggesting you start discussing your bank account with every Tom, Dick and Harry. I had to, and it was tough. Suddenly my salary was an acceptable topic of conversation with my co-workers, at my in-law’s dinner table, and with my beautician while she waxed my underarms. And I’m not hailing Israel as a front-runner in the battle for wage equality — it, too, has a very long way to go. But we can learn valuable lessons from Israel’s treatment of money chat, which contrary to my initial judgement isn’t rude — it’s open. And with this openness comes the gift of transparency.

Transparency was a central theme at the talk I attended recently with the goddess that is Aminatou Sow. The businesswoman and co-host of the popular podcast Call Your Girlfriend argued that the only way to close the gender pay gap is to talk in specifics. If we don’t share exactly what we earn, then we’re unable to monitor progress.

“The only thing we can give each other,” Sow said, “is information. So let’s just share it.”

A 2018 report published by the American Association of University Women revealed that white women earn an average of 79 percent of their white male co-workers’ salaries, but this figure varies massively among industries, states and race — black women earn 63 percent of white men and Hispanic women 54 percent. Until there is wage equality, all genders need to seek and share information as required, otherwise we’ll never know what we are owed.

Twitter is useful for doing just that. One woman shared that the night before a job interview, she asked a white male friend in a similar role what salary he would expect. His response was double her estimate.

So start with friends — “I know we don’t usually discuss money, but I would really appreciate your help in understanding my worth” — then move onto co-workers. If you don’t have access to the relevant information before a job interview, asking “What is the range for this position” helps to clarify what you’re dealing with.

Seeking out open conversation with fellow writers has hugely improved my experience and helped me understand my worth as a freelance journalist. I work from home, alone, so social media has allowed me to build a virtual network of contemporaries. This network has given me invaluable advice — including how to negotiate my rates, a means to cross-reference the rates I’m offered and the importance of communicating assertively.

Once you’ve got the hang of frankly discussing your salary, why not take a leaf from Israel’s book and share your rent, food budget and shopping habit in gory detail? It can shed light on where you’ve scored a deal or prompt you to evaluate your spending. You might even learn a thing or two from that financially savvy pal with the bulging savings account. They say money talks, but talking about money sings.