Israelis are fired up to see their Beresheet spacecraft land on the moon. Here’s how to watch it. 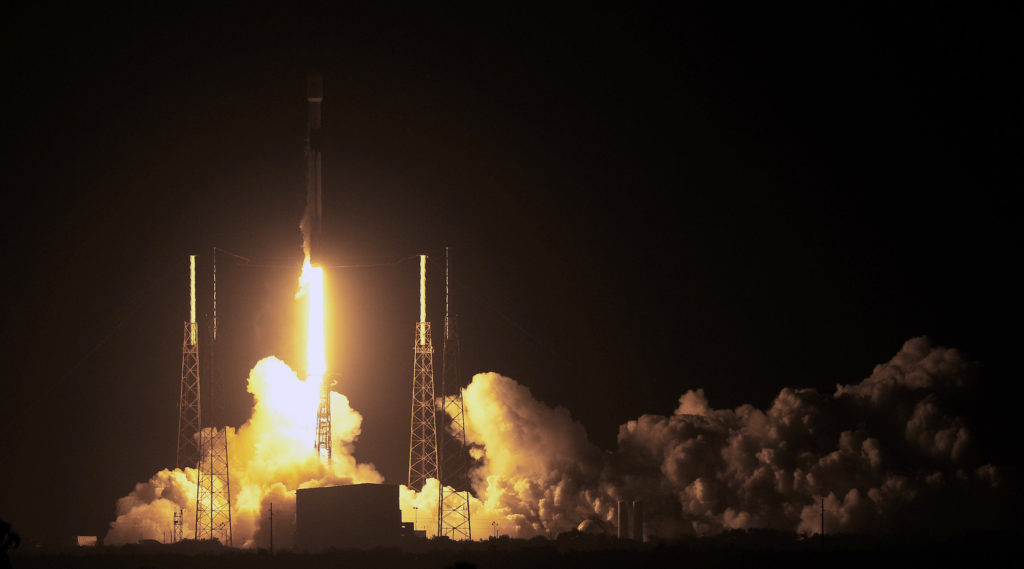 JERUSALEM (JTA) — With elections in the rearview mirror, Israelis are now focusing on the moon.

The Israeli spacecraft Beresheet, or Genesis, is scheduled to touch down on the moon’s surface on Thursday night in Israel. And the country has Beresheet mania.

Watch parties and celebrations are planned throughout Israel. The main event — in Hod Hasharon, about 13 miles from Tel Aviv in the central part of the country — will include exhibitions, a dance party, a space-themed selfie wall and videos.

Tens of thousands of Israelis had stayed up until the wee hours of the morning to watch the lunar lander’s launch from Cape Canaveral in Florida on Feb. 21 aboard a SpaceX Falcon 9 rocket.

This time the hour will be more civilized, with Beresheet expected to touch down in the northeastern part of the Sea of Serenity, a flat area on the moon’s surface, sometime between 10 and 11 p.m. in Israel. A successful landing will make Israel the fourth country — after the Soviet Union, the U.S. and China — to land a spacecraft on the moon.

Other touch-down events also sponsored by the Israel Space Agency are planned for Kiryat Shemona in the north, Mitzpeh Ramon in the south, Givatayim (a suburb of Tel Aviv) and Jerusalem. Lectures and public viewings are scheduled in at least 15 other locations throughout the country.

For those outside of Israel, Space IL, the nonprofit organization that founded the Beresheet program, will livestream the landing on its Facebook page and on YouTube.

Last week, SpaceIL broadcast directly from its control room in Yehud, Israel, as Beresheet successfully entered the moon’s orbit in its last major step before the moon landing, making Israel the seventh country to enter the moon’s orbit.

The unmanned craft’s engine was burned for six minutes, and the maneuver, the spacecraft’s seventh, was conducted with full communication between the control room and Beresheet. Several smaller engine burns have taken place since then to properly orient the spacecraft and enable a proper landing.

Beresheet has traveled over 3.4 million miles in its orbits around the earth and another 1 million around the moon.

After landing on the moon, the spacecraft will take photographs of the landing site and a selfie to prove it touched down safely. It also will measure the moon’s magnetic field as part of an experiment carried out in collaboration with the Weizmann Institute of Science in Israel.

The spacecraft will leave a time capsule containing a database of hundreds of digital files ranging from details about the SpaceIL, the craft itself and the crew of the project to national symbols, cultural items and materials collected from the general public over the years, as well as the entire Bible printed in microscopic text on a coin. The spacecraft is not expected to return to earth.

SpaceIL was founded to compete in Google’s Lunar XPrize, a contest to see who could build the first private spacecraft to reach the moon. Co-founders Yonatan Winetraub, Kfir Damari and Yariv Bash submitted their application right at the deadline, Dec. 31, 2010, and went through a few failed experiments before building the right craft.

The size of a compact car, the craft has been said to look like a way-out washing machine and weighed about 1,300 pounds at launch, most of which was fuel.

The XPrize shut down without a winner last year, but along the way SpaceIL received enough funding to keep going. It has worked in partnership with Israel Aerospace Industries, and its donors include the U.S. billionaire casino mogul Sheldon Adelson, South African-Israeli billionaire Morris Kahn and Canadian-Israeli real estate mogul Sylvan Adams.

The organization also hopes to inspire Israeli kids to go into science and engineering, called the Apollo effect, by showing them that space exploration is achievable. Its educational programs have already reached more than 1 million children.

The iCenter, designed to help educators connect Jewish students with Israel, also has a section devoted to SpaceIL and Beresheet, including educational resources about the moon landing and Israel’s space program.