Israeli teen Deni Avdija is set to make his NBA debut. His excited and sleepy nation will be watching.

(JTA) — Expect plenty of bleary eyes around Israel on Thursday as favorite son Deni Avdija makes his NBA debut for the Washington Wizards on Wednesday night.

The game against the Philadelphia 76ers featuring the 19-year-old Israeli, the Wizards’ top pick in last month’s NBA Draft, will be televised and/or streamed in his native land at 2 a.m. Thursday.

“I think a lot of people are going to watch my first NBA game,” Avdija told reporters Monday on a Zoom call. “The whole nation is behind me.”

While the 6-9 forward isn’t the first Israeli to play in the NBA, and he’s not the first to be drafted in the first round, he’s certainly the most heralded player from his country to go to the world’s best basketball league.

Avdija was the ninth overall pick in the draft, the highest an Israeli has ever been chosen. Coach Scott Brooks said the rookie has a good chance to be the starting small forward for the opener following a preseason shortened by the COVID-19 pandemic.

In three games, Avdija averaged about 10 points, including a 6-for-6 performance from the field in his debut against the Brooklyn Nets.

Brooks said Avdija, who has played a couple of seasons for the powerful Tel Aviv Maccabi club in Israel’s Premier League, is more mature than a typical 19-year-old.

“He’s been playing with men back home with Maccabi, that’s a high-level team, well coached, a lot of good players,” Brooks told the Jewish Telegraphic Agency on Monday. 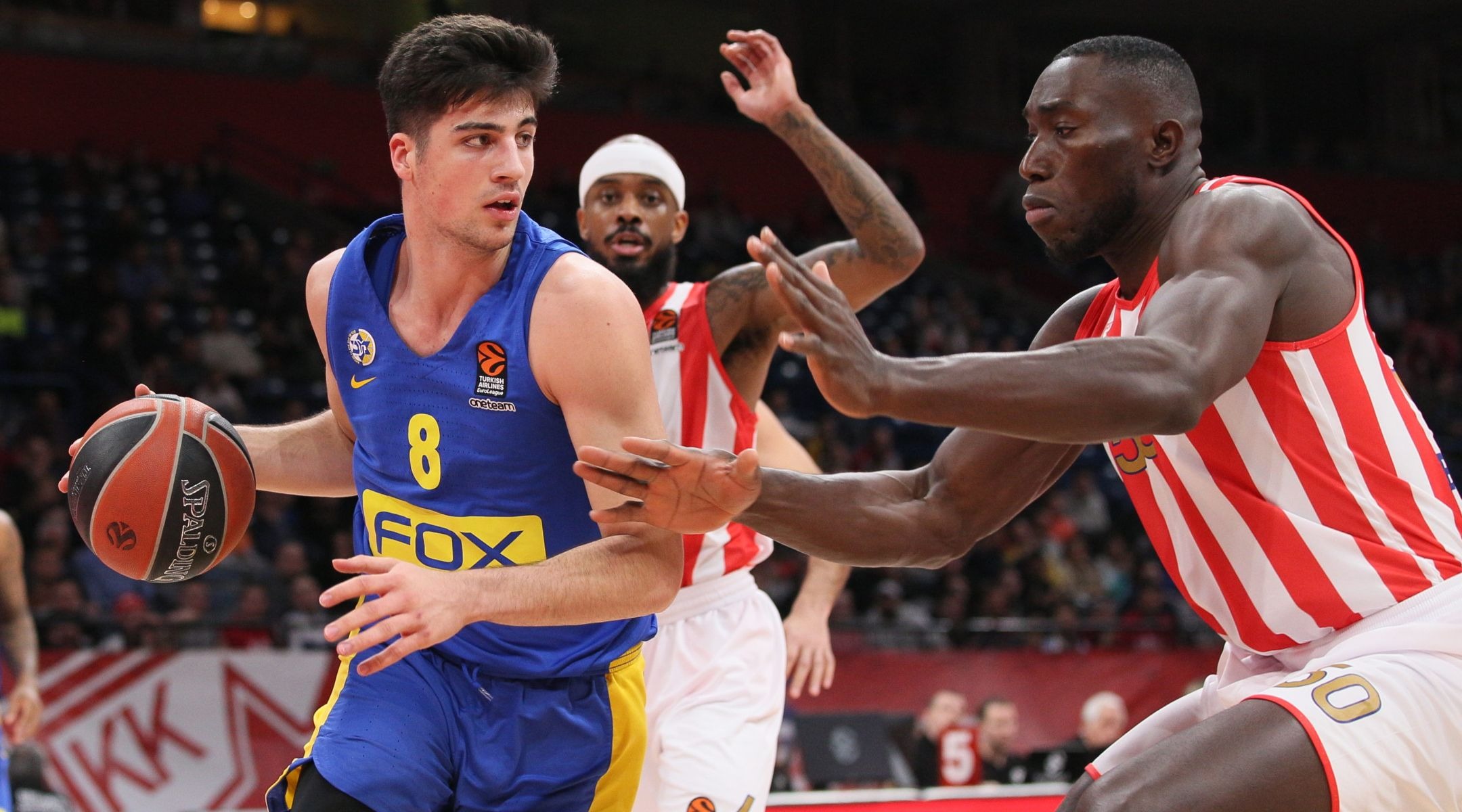 One of his teammates there was Omri Casspi, who made history as the first Israeli to be selected in the first round of the NBA Draft — the 23rd overall pick by the Sacramento Kings in 2009. Casspi, also a forward, played for eight teams in 10 seasons before returning to Israel last season.

Avdija, who turns 20 early next month, said Casspi was more than willing to talk with him about the NBA.

“Before I left Israel I talked to Omri a lot. He really showed me everything I need to know,” Avdija said. “He knows me. He knows I’m going to do my best. He knows I’m gonna work hard. He’s not worried about me. He’s always there to answer my questions and I appreciate him.”

The D.C. newcomer is getting help from established stars like Russell Westbrook, who was traded to the Wizards recently, and Bradley Beal.

“After practice today, Russell was doing a Christmas event for the community, handing out gifts and he grabs Deni and [fellow rookie] Cassius Winston and says you guys are coming with me,” Brooks related. Apparently Avdija wanted to stick around for extra work on his game.

“Deni was like pleading with him, I got things to do, I want to do more shooting,” Brooks recalled, and then Westbrook saying, “Nope, nope, no more talking, you’re coming with me.”

In his short time with the Wizards, Avdija has been able to bond with his new teammates.

“Everybody’s good with me,” he said. “I can say two guys came from the same situation as me, Cassius Winston and Anthony Gill. We’re all trying to figure it out together and be there for each other.”

Earlier this month, the Wizards posted a video on Instagram of the Israeli lighting the menorah on the first night of Hanukkah and singing the prayers. Avidja said he is proud of his heritage and looks forward to sharing Israeli culture with his new teammates.

International players are now routinely among the best in the NBA — two of the five who made the 2019-20 All-NBA first team were not born in the United States (Luka Doncic from Slovenia and NBA MVP Giannis Antetokounmpo from Greece). Avdija’s debut will come against a Sixers team who’s two best players are from Cameroon (Joel Embiid) and Australia (Ben Simmons).

Avdija is actually the son of a father who was a member of Yugoslavia’s national basketball team before playing pro in Israel. (His mother was an Israeli basketball player and track athlete who grew up on a kibbutz.)

How good can Avidja be?

Tom Primosch of BPA Hoops, an NBA scouting service that is employed by a number of teams, said Avdija has skills that translate well for him to be a solid role player for many years.

“For someone who is 6-8, 6-9, he’s a solid playmaker, he’s able to handle the ball, make plays in transition,” Primosch said. “His passing is really good for his size, that’s been something that’s been part of his game since he was a young player.”

But Primosch cautioned that while Avdija could have a long pro career, he may not be an NBA superstar, and expecting him to be the next Doncic is probably not fair.

“I think people are going to compare him to Luka, but I think that’s kind of a false equivalence because I don’t think they play the same,” he said.

Avdija is optimistic about what lies ahead and hopes his fans back home can sit back and enjoy the ride with him.

What he won’t be feeling, though, is the weight of a nation and the pressure to perform. Instead he’ll be thinking about the encouragement that Israel has always given him to succeed.

“I love our country and I love our fans and I love the people supporting me and really caring how I’m doing,” he said. “I’m just going to represent the best I can.

“It’s not going to come in one day and I’m not going to score 40 [every night]. Hopefully, everybody’s going to enjoy the experience like I do.”