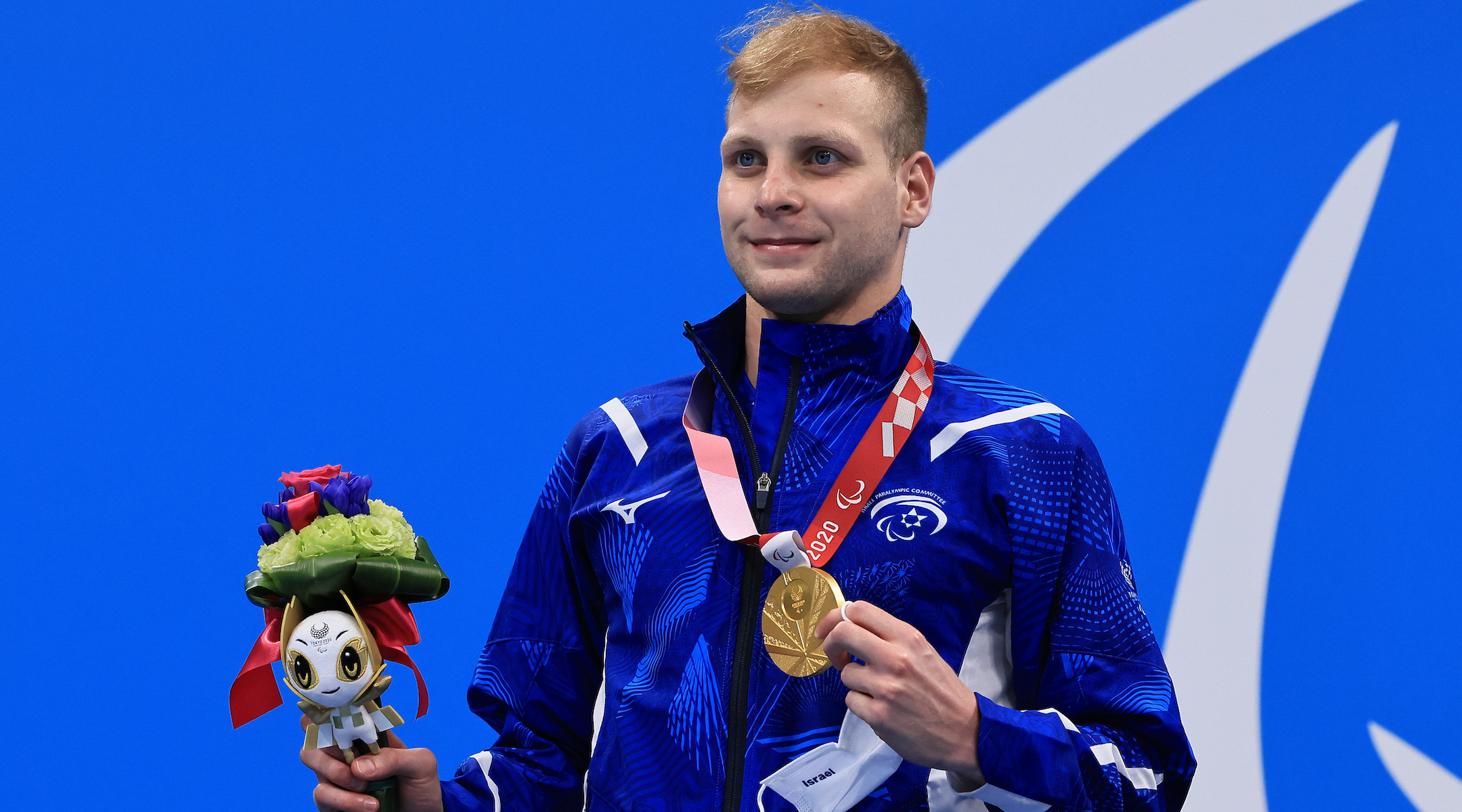 Malyar won the 400-meter freestyle race in the S7 category, days after winning gold in the men’s 200-meter individual medley in the SM7 category. He set a new world record in that race, too.

Malyar, 21, completed Sunday’s race in 4:31.06, two seconds better than his previous record, which he set at the 2019 World Para Swimming Championships in London. He still has three more events to go in Tokyo.

“I’m happy that I succeeded in getting the result I want, I’m very tired,” he told Israeli media. “I didn’t feel that I was even going that fast, but it worked and my body is just about done.”

He now has two gold medals at his first-ever Paralympics. His twin brother, Ariel Malyar, is also competing in the Tokyo. Ariel competes in the S4 category, however, a different Paralympics swimming classification. Both brothers have cerebral palsy and began swimming at age 5 as part of physical therapy.

Israel now has seven medals at the Tokyo Paralympics, six of which are in swimming. Of those six swimming medals, four are gold — Malyar’s two golds; a first-ever medal for an Israeli-Arab swimmer, Iyad Shalabi; and a win for 20-year-old Ami Omer Dadaon. Dadaon has also won a silver medal.

Israel’s one non-swimming medal comes in rowing: Moran Samuel won a silver medal in the PR1 single sculls in her third Paralympic Games. In Rio, she won bronze.

Samuel was one of two flag bearers for Israel in the Paralympics’ opening ceremony.