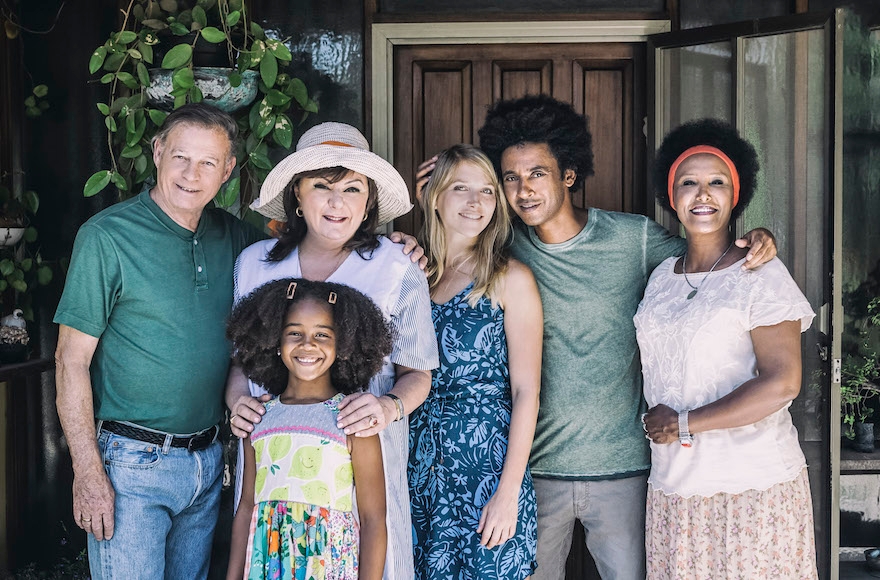 The cast of “Nevsu,” the first Israeli primetime show to feature a black actor in a lead role. (Courtesy of Yosi Vasa)

(JTA) — An Israeli comedy series about the marriage between an Ethiopian Jewish man and an Ashkenazi Jewish woman won an International Emmy Award.

“Nevsu,” a term of endearment in the Ethiopian language of Amharic, won Monday night for best comedy in ceremonies held in New York. The show airs on the commercial Reshet Channel 13.

It became the first Israeli show to include a black lead character on a primetime show when it debuted last year. In the show, the couple have a 5-year-old daughter.

Yosi Vasa, the lead actor and co-creator, and director Shai Ben Atar accepted the award at the ceremony.

In April, Fox announced that it would adapt the show for an American audience. Fox’s version, to be called “Culture Clash,” will focus on a relationship between an Ethiopian refugee and a white Midwestern woman.

Meanwhile, Dutch filmmakers Stephane Kaas and Rutger Lemm won the International Emmy for arts programming for their 2017 documentary “Etgar Keret: Based on a True Story,” about the Israeli writer and humorist.

Last month, “Forever Pure,” a film dealing with the racist subculture among fans of Jerusalem’s Beitar soccer club, won an Emmy Award for the best outstanding politics and government documentary.