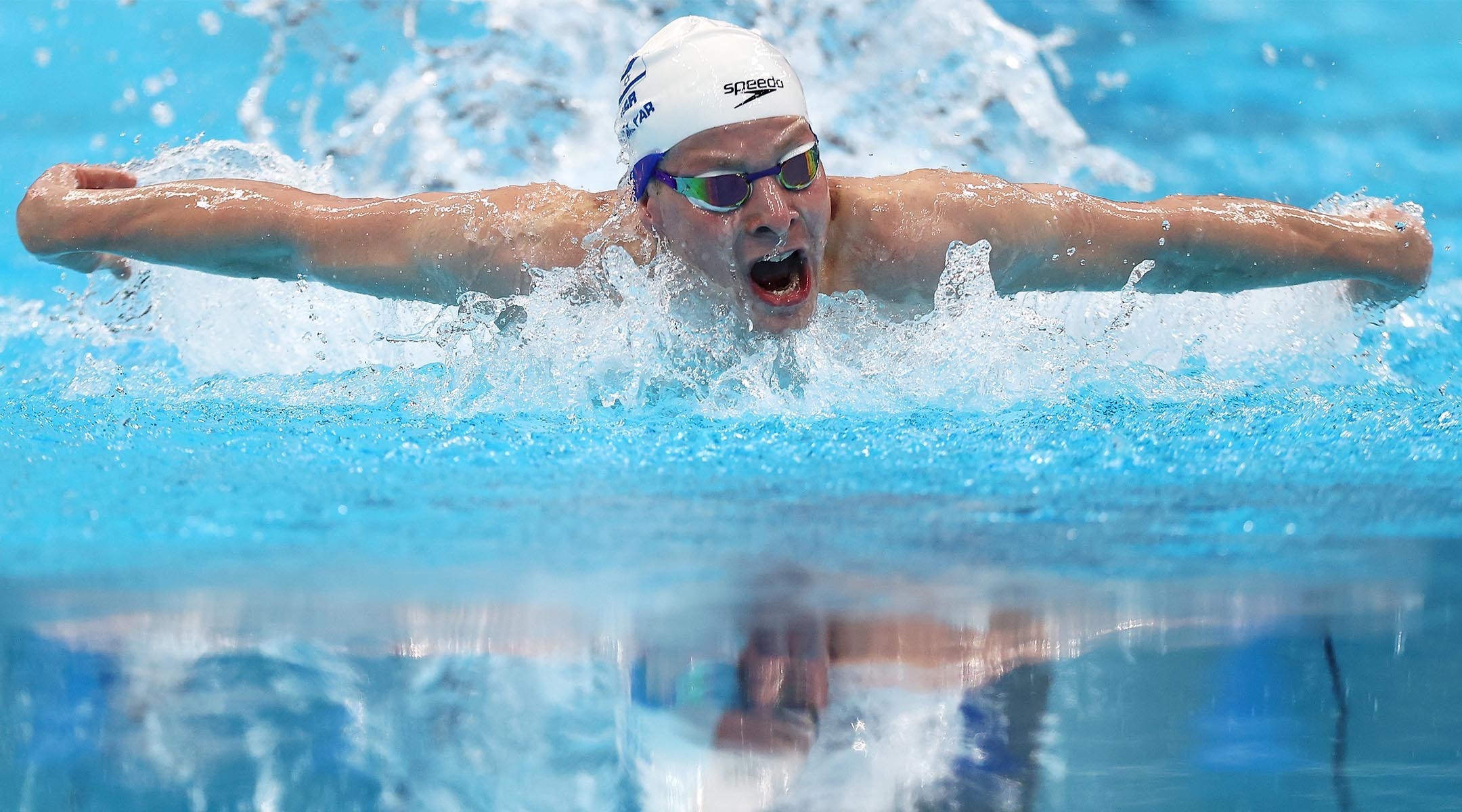 Malyar swam the race in a time of 2:29.01. The SM7 category includes swimmers who have limited leg function, or are missing a leg — which includes athletes with cerebral palsy and athletes with amputations.

Malyar’s gold is the second for Israel at this year’s Paralympics; on the first day of the competition, Israeli-Arab swimmer Iyad Shalabi won gold in the 100-meter backstroke (S1 divison).

Mark Malyar is competing in Tokyo with his twin brother Ariel. Both were born with cerebral palsy and grew up in Kiryat Motzkin, in the Haifa District. They started swimming at age 5 for physical therapy.

President Isaac Herzog called Malyar to congratulate him on his win, saying, “Mark, this is so exciting. You are unstoppable. Both a gold medal and a Made-in-Israel world record! I wish you, your brother, and your special coach Yaakov Beininson more medals over the course of the games. Well done!”

Malyar’s Tokyo Games are not over yet: On Sunday, he competes in the 400-meter freestyle (S7), a race in which he holds the world record.

The Israeli twins are two of many inspiring Jewish athletes competing in this year’s Paralympics.