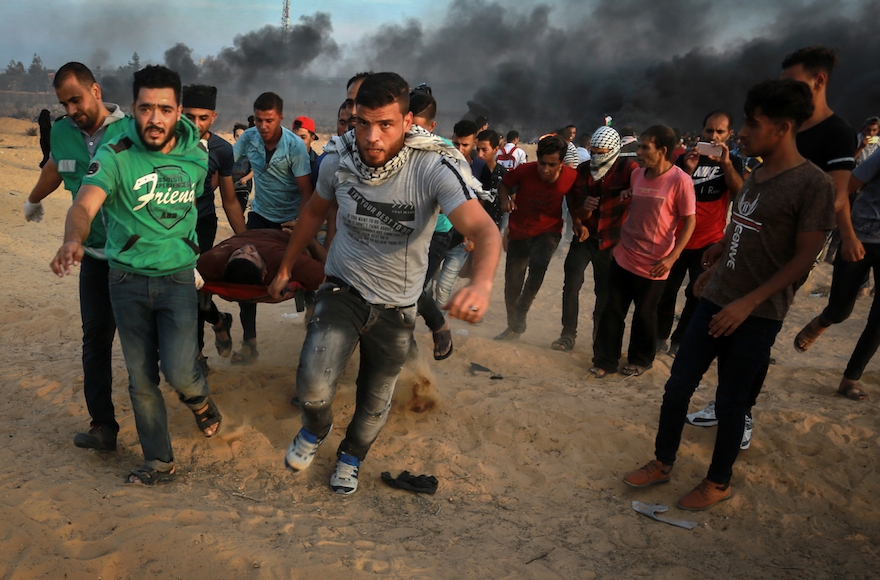 (JTA) — Israeli forces killed six Palestinians who were protesting at the border, according to Gaza health officials.

Another 140 people were wounded at the Gaza border on Friday, the officials said, according to Reuters.

Israel said it killed a group of protesters who used a bomb to break a hole in the border fence and then attacked an army base.

According to the Palestinian Health Ministry, some 200 people have been killed in the border protests that started in March. Palestinians are demanding an end to the blockade of the Gaza Strip by Israel and Egypt and the right to return to land they lived on prior to the establishment of the Jewish state in 1948.

Israel says that the border protests are organized by the terrorist group Hamas, which controls the Gaza Strip.

On Thursday, the Israeli army said it destroyed a tunnel built by Hamas that crossed from Gaza into Israel.

The IDF said in a statement that it was the 15th tunnel that it has located and destroyed in the past year, part of a network of Hamas tunnels designed to enable the terrorist group to launch attacks on southern Israeli communities.

The post Israeli forces kill 6 Palestinians at border after they set off bomb appeared first on Jewish Telegraphic Agency.