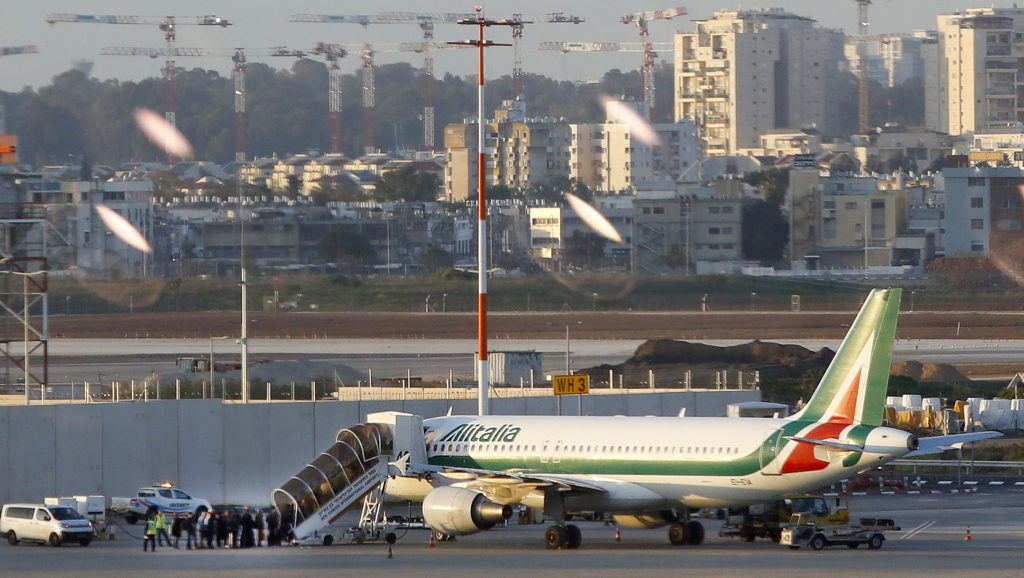 (JTA) — The owner of a toy shop near Israel’s Ben Gurion Airport infected his wife with the coronavirus, bringing the number of known cases in that country to three.

The man, who was not named, spent about 30 hours at the Red Pirate costume shop at the height of costume sales for the holiday of Purim in Or Yehuda, a suburb of Tel Aviv that borders on the airport’s perimeter fence, The Marker reported Friday. He also attended services at the synagogue of Irus, a town near Rehovot.

The man, who earlier this week became the first Israeli diagnosed with the virus, returned to Israeli from Italy, which has hundreds of diagnosed carriers, the largest number of carriers in any European country.

The toy shop owner initially gave false information to Health Ministry inspectors about his whereabouts, claiming he was only at his store for two hours, according to The Marker. His wife was found to have the virus Friday. They have three children who have attended school, also after their father’s return.

Health Ministry officials disinfected the store and are in contact with the schools of the couple’s children and passengers aboard the flight he took back to Israel.

In the United Arab Emirates, the UAE Tour, a major cycling tournament, had its final stage canceled after two cyclists from Italy tested positive for the coronavirus. The race was set to include Israeli cyclists for the first time in a sign of warming ties between that country and Israel. The Israeli cyclists and others are being isolated pending the results of blood tests due Saturday, The Times of Israel reported Thursday.

Additional cases have been diagnosed in France, Germany, Finland and the Netherlands.

Globally, more than 80,000 people in nearly 50 countries have been infected. Nearly 2,800 have died, the majority in China’s Hubei province. Dozens have died in Iran, which has the largest outbreak in the Middle East, the BBC reported.