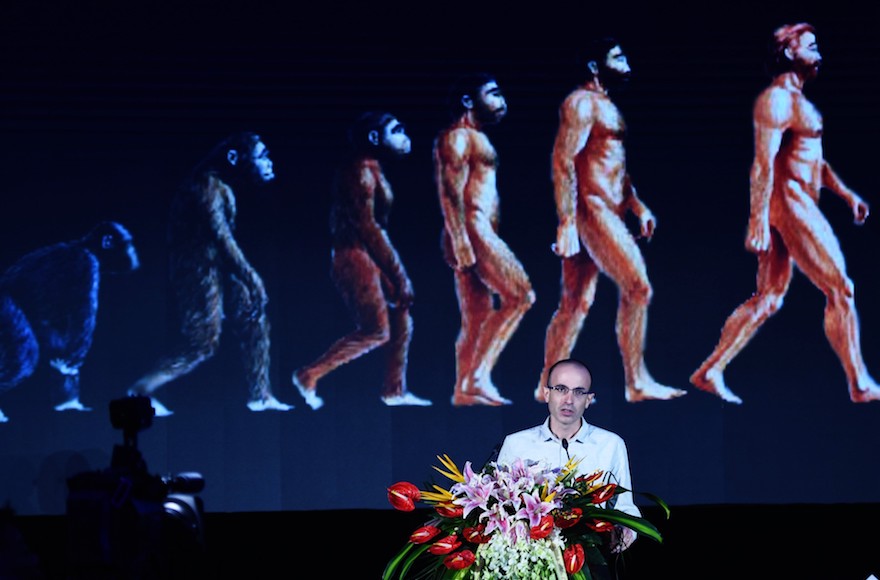 (JTA) — Israeli historian Yuval Noah Harari, author of the best-selling book “Sapiens: A Brief History of Humankind,” is refusing to participate in an event in Los Angeles sponsored by the Israeli Consulate in protest of several recently passed laws in Israel, including the nation-state and surrogacy laws.

Harari is scheduled to participate in a Live Talks LA program, similar to TED Talks, in mid-September. The Israeli Consulate in Los Angeles contacted the organizers of the event in order to co-host a reception before the talk.

“Even though he is proud of his Israeliness, he is not interested in collaborating with the consulate, which is the long arm of Israeli government policy that limits freedom of press, expression, creativity and thought,” a representative of Harari reportedly told the consulate, the Israeli daily Yediot Acharonot reported Monday.

A consulate representative told Yediot that she responded to Harari saying that Israel’s Foreign Ministry is not a political body, does not set policy and represents all citizens of the State of Israel,  and that it does not limit the artistic expression of the artists it supports around the world.

“Even so, we prefer not to represent the government so long as it persists with these policies,” Harari’s representative reportedly responded.

The Harari also objects to the amended surrogacy law, which excludes gay couples. Gay couples also cannot marry in Israel, though marriages taking place outside of Israel can be registered with the Interior Ministry.

Harari, a tenured professor at the Hebrew University of Jerusalem, married his partner Itzik Yahav, who is also his manager, in Canada, Yediot reported. They live on a moshav outside of Jerusalem.

“Sapiens,” which was originally published in Hebrew as a textbook for Harari’s students at Hebrew University, has sold 8 million copies worldwide in 30 languages since its publication in 2011. A new book, “21 Lessons for the 21st Century,” is scheduled to be released on Aug. 30.